What's hot in music this month? We pick the best. 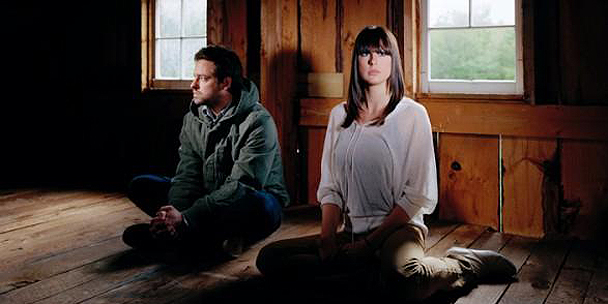 Guitarist Josh Carter and keyboardist Sarah Barthel make up Phantogram; a duo that bring us the debut LP Eyelid Movies. Growing up together in Greenwich, NY the long-time friends re-ignited their friendship (after years apart) to form the two-piece. Nearly impossible to categorize, the pair describe their genre as “Street Beat Psyche Pop”; a clever way of insinuating that they simply can’t be categorized.

“Turn it Off” has a Depeche Mode ‘80s throwback feel with Carter on lead vocals, while Barthel takes the mic for “All Dried Up” showcasing a Feist-like ethereal sound. The album may not house your next cocktail party anthem, but it most certainly provides an ambient, pleasant groove to chill out to. Moreover, Phantogram is refreshing; a nice splash of sound in a world where songs about Fergie’s Humps are reaching #1 status on the charts. Lyrics are multi-layered and pragmatic circling around relationships and personal experiences. “Let me Go” is my pick for most listenable song on the album, but it’s quickly followed with “Mouthful of Diamonds”, another Barthel-fronted breathy melody, à la Portishead. Let me put it this way; if you liked The XX, you’ll like Phantogram. Have a listen and let me know what you think! Drop me a line at
[email protected].

Remember Supergrass? I hope so; otherwise we might need to break-up. The once popular band from England has half-reunited. SG front man /guitarist Gaz Coombes and SG drummer Danny Goffey have come together under the moniker Hot Rats (named after Frank Zappa’s album) to record an album of covers. Songs range from a cover of David Bowies “Queen Bitch” (ho hum) to an exciting and inventive take on The Beastie Boys, “You Gotta Fight For Your Right to Party.” I know this sounds too American Idol, but honestly if you’re going to cover some classics, you have to put your own spin on it and make it yours…..dawg. They’ve managed to do this with about 75% of the album and it’s just simply good listening. Hard core Cure fans will try me for treason but I think that The Hot Rats version of their “The Lovecats” might do it for me a bit more than the original. Gasp! Roxy Music’s “Love is The Drug” has a definitive Supergrass quality to it, focusing more on grit than disco. Although they haven’t really done anything groundbreaking with Elvis Costello’s “Pump it Up”, it’s still singable. Turn Ons by Hot Rat is a fun, light hearted album – equal parts groovy and cool.

More hot music on the next page …

Dum Dum Girls
I Will Be
Sub Pop

Have you been craving some all-girl garage rock lately? If so, take a bite out of LA’s Dum Dum Girls and consider your craving satisfied. Created and fronted by Kristin Gundred (who adopted the stage name Dee Dee) the Dum Dum Girls latest album I Will Be was released last month to critical acclaim and it’s easy to see why. The all girl four-piece put together fuzzy guitars, haunting vocals and edgy rhythms to create a compilation that is both weird and familiar. It’s weird in a way that it sometimes makes you feel uncomfortable because it’s not as though Dee Dee has Dion-like pipes (Celine, not Stephan) but her awkward approach is endearing. It’s familiar in that they haven’t exactly re-invented the wheel here; they’re making echo-y garage rock that is reminiscent of The Breeders and/or any other ‘90s female garage rock attempts. What I especially love about this album and this band is that they aren’t afraid to stray outside of what their genre dictates and bring in Shangri-la melodies. Check out “Jail La La” and you’ll see what I mean. Another one worth a listen is “Blank Girl”, featuring Crocodiles Brandon Welch. I don’t know whether it’s autobiographical or not, but it’s a sweet song and nice to hear some male vocals on the album. Jump to "It Only Takes One Night” and we’re back to that girl garage rock sound we know and love. It’s a solid album from beginning to end and definitely worth some of your time this spring.