Dove proves a woman's beauty has no expiry date with their documentary "Finding Body & Soul." 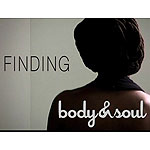 “Beauty is truth, truth beauty,-that is all
Ye know on earth, and all ye need to know.”
– John Keats, Ode to a Grecian Urn

Although the exact meaning behind John Keats poem Ode to a Grecian Urn is still argued many centuries later, the romantic poet surely would have tipped his pen at skin care company Dove for echoing his sentiments on the link between truth and beauty today. The parent company of Unilever, well known for the controversial advertisements under their “Campaign for Real Beauty” (which feature real women who have been saved from going under the Photoshop knife) has pushed the figurative envelope once again on their recent collaboration with Veronica Tennant in “Finding Body & Soul”; a documentary based on the sold-out theatre production (also titled “Body & Soul”) that ran last May 2007 created by esteemed Canadian playwright Judith Thompson.

In it, 12 non-professional women from across the country were hand-selected by Thompson after thousands of submissions (an audition process which involved each writing a letter in the form of an ode to their body) to recite their monologues based on societies perceptions — and misconceptions — of beauty, aging and the various stages of a woman’s life. Each story was based on a different experience from abuse, disease to racism and what emerged, says Thompson, “was this extraordinary tapestry of truth.”

Breaking stereotypes is nothing new for Dove. Last year, the company posted a video on YouTube titled “Dove Evolution”showing the transformative journey of a real woman being edited down to create the “perfect” face. To date, the video has had over 7.5 million views. Perhaps Keats was on to something after all.