It’s the end of the royal road for the Duke and Duchess of Sussex – and what a journey it has been. 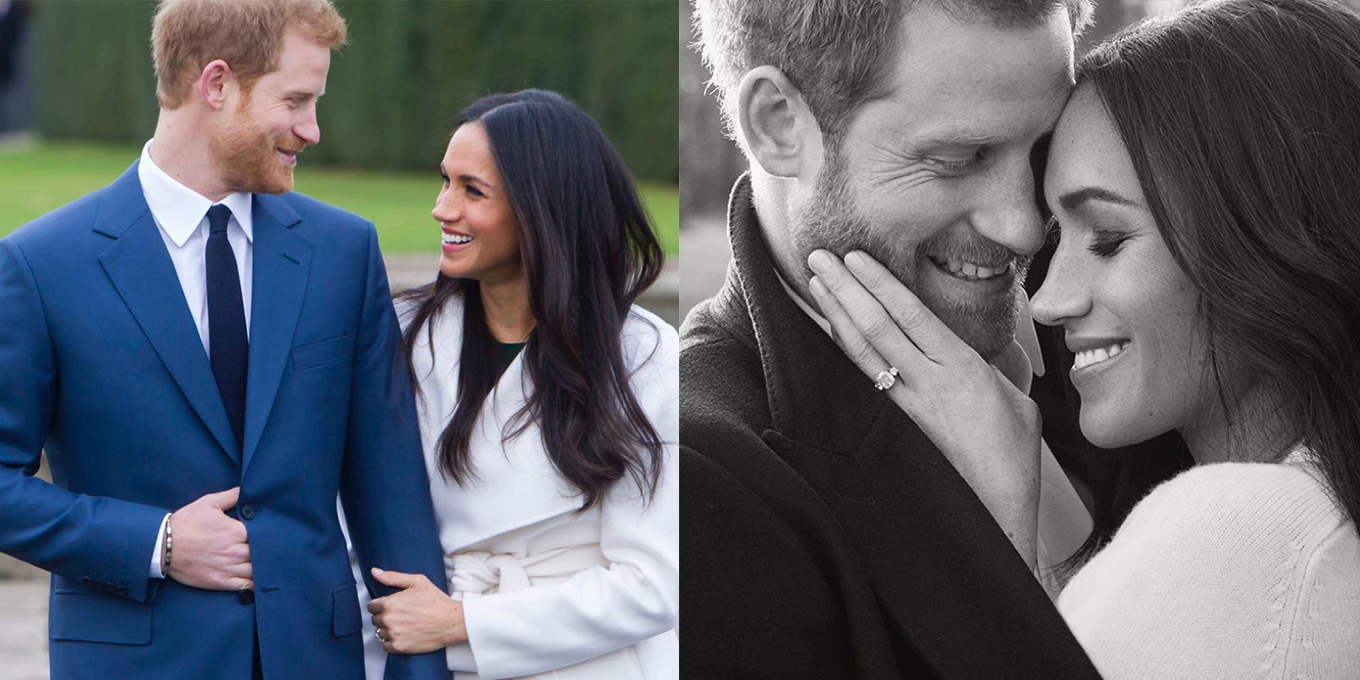 It’s the end of the royal road for Prince Harry and Meghan Markle – and what a journey it has been. When the Duke and Duchess of Sussex announced they would be stepping back from their roles as senior members of the British royal family in early January, it was a shock to many. Now, as of April 1, the couple are officially no longer working royals. We are looking back at the couple’s royal run from their first date to their last engagement. Take a trip down memory lane through all the Duke and Duchess’s major milestones over the years, below.

July 2016: The couple is set up on a blind date by a friend at Soho House in London. When Prince Harry first meets Markle, he is “beautifully surprised.” He says he knew she was “the one” from the first time they met.

November 2016: Prince Harry confirms what people have speculated for months: that he and Markle are an item. However, it’s not a happy announcement. In an emotional statement from Kensington Palace, Prince Harry slams the press and social media trolls for their “sexism and racism” toward Markle. Prince William shows support for the couple a few weeks later with a statement of his own.

December 2016: The first photos of the couple together attending a play in London are published in The Sun. People later reports they also shopped for a Christmas tree.

May 2017: Markle is Prince Harry’s date to Pippa Middleton’s wedding reception, although she skips the ceremony – reportedly to keep the spotlight on the bride and groom.

Later in the month, Markle is photographed at the Audi Polo Challenge in Ascot, England, where she cheers on Prince Harry from the royal box. The couple can’t stop smiling – or keep their hands off each other. As People reports, they’re pictured kissing.

April 2017: Markle is still living in Toronto, the city she’s called home for several years while filming Suits. Prince Harry flies there to spend Easter with her. Markle shuts down her lifestyle website, The Tig.

August 2017: Rumours of an engagement fly when Prince Harry whisks Markle away on a South African safari for her 36th birthday. It’s speculated Harry may propose while in Africa, like his older brother, Prince William, who proposed to Kate Middleton on a trip to Kenya in 2010.

September 2017: Markle is the cover star for Vanity Fair’s October 2017 issue. She publicly discusses Prince Harry for the first time, telling the magazine: “We’re two people who are really happy and in love.”

Markle and Prince Harry later make their first official public appearance together in Toronto at the Invictus Games – the international sporting event created by Prince Harry in support of wounded veterans. Although they sit several rows apart at the opening ceremony, they later hold hands as they head to a tennis match. The public outing signals that the couple is getting serious. 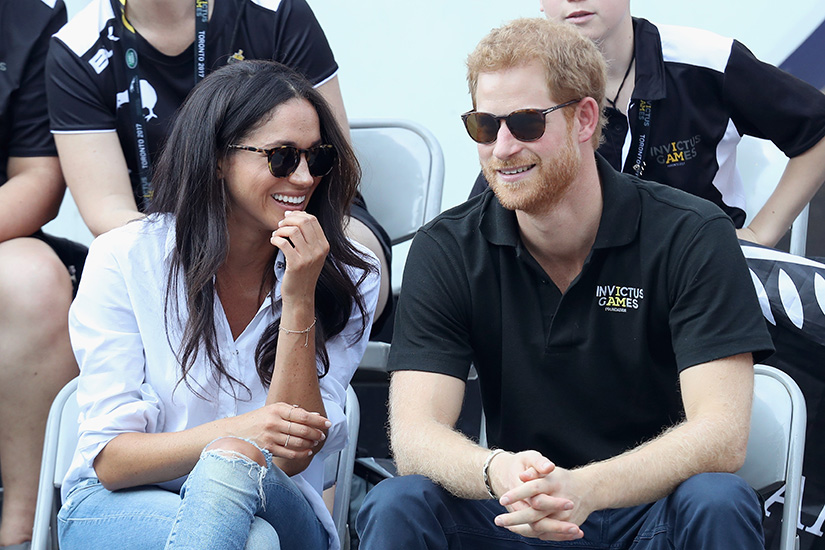 November 2017: Markle says goodbye to Suits; her official departure from the show is confirmed. She packs her bags and moves to England, where Prince Harry proposes to her over roast chicken. 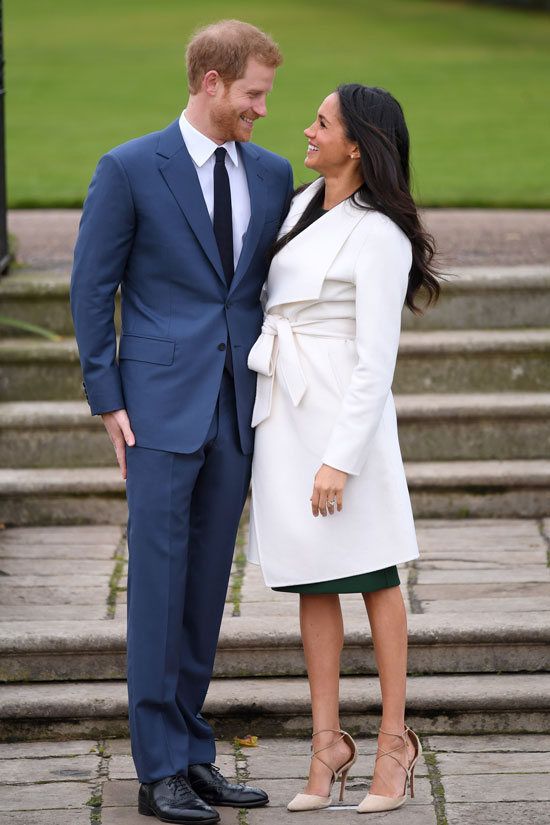 Kensington Palace announces their official engagement on November 27. Soon after, the couple happily poses for a photo call and does an interview with the BBC. The two beam as they show off Markle’s engagement ring, which Prince Harry designed himself.

May 2018: Wedding bells are ringing! On May 19, Prince Harry and Markle tie the knot at St. George’s Chapel in Windsor Castle. Markle dons a sparkling bandeau tiara – on loan from the Queen herself – and a custom ivory silk Givenchy dress designed by Clare Waight Keller. 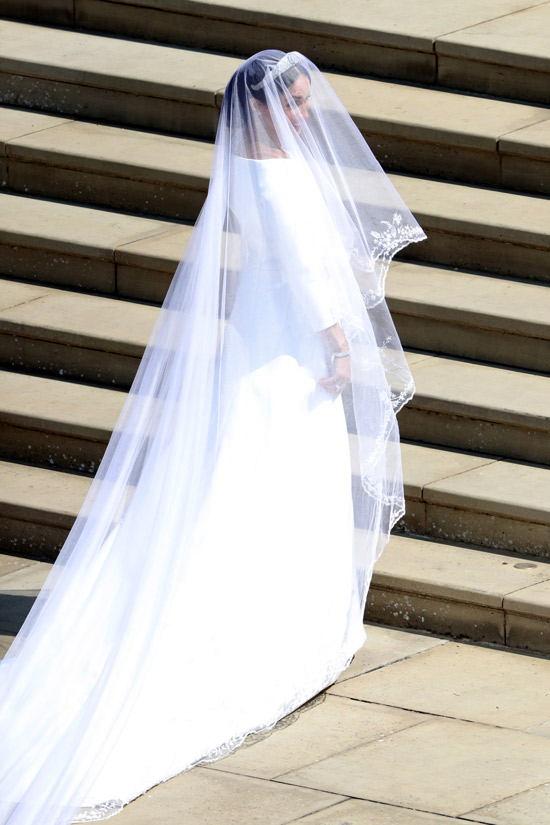 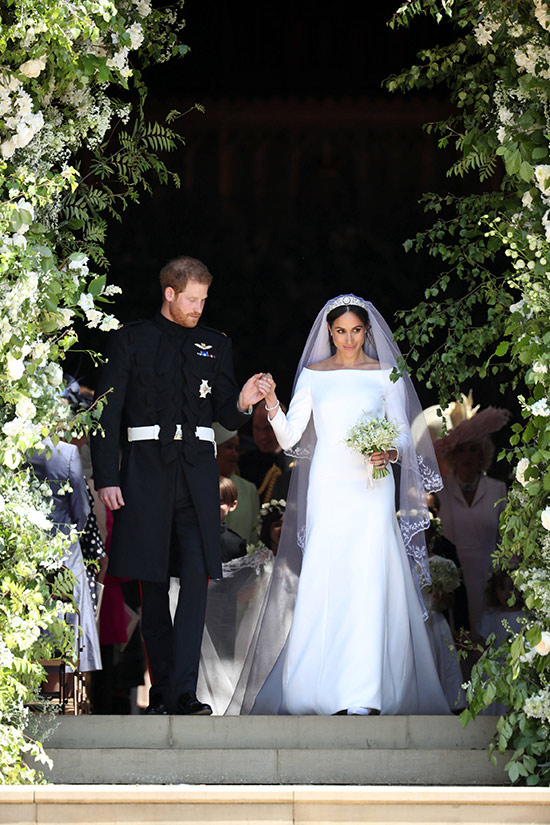 The ceremony is a star-studded affair with many celebs nabbing coveted spots on the guest list, including Serena Williams, Priyanka Chopra, Elton John, Oprah Winfrey, George and Amal Clooney and Markle’s Suits co-stars. 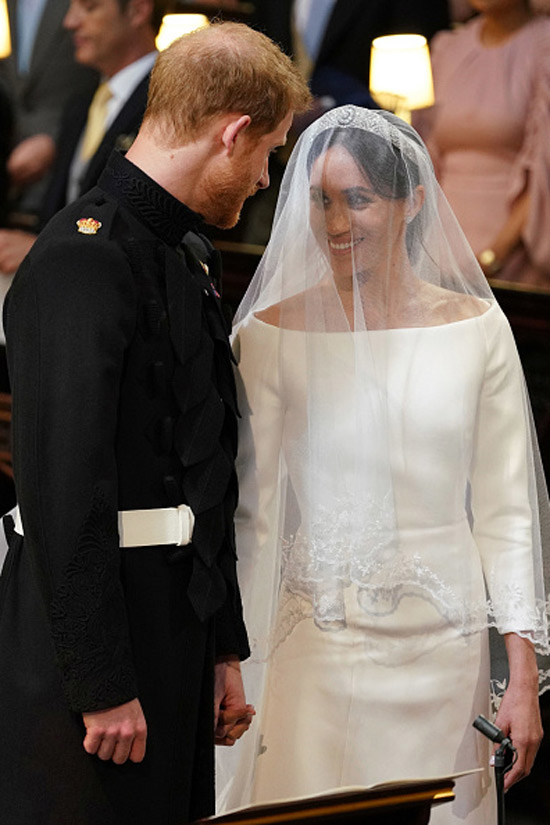 Before the evening reception, Markle makes an outfit change into a sleek Stella McCartney halter gown. She completes the look with an aquamarine ring that belonged to Prince Harry’s mother, Princess Diana. 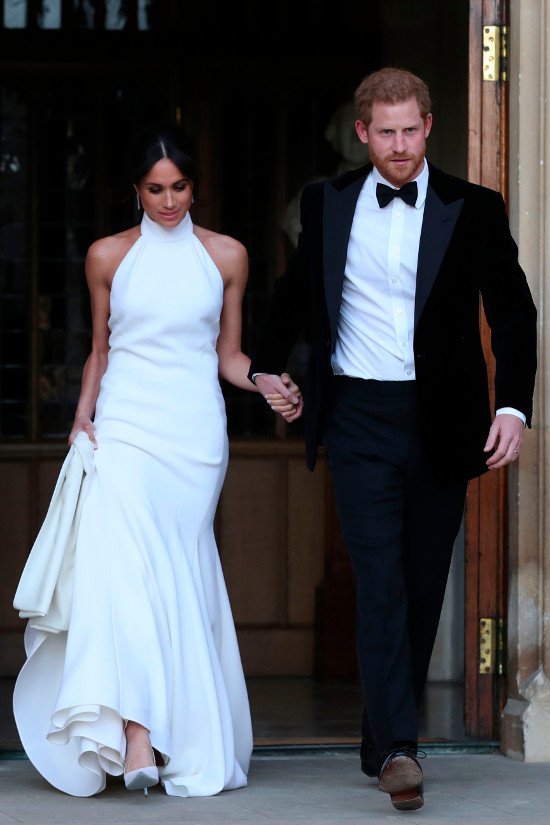 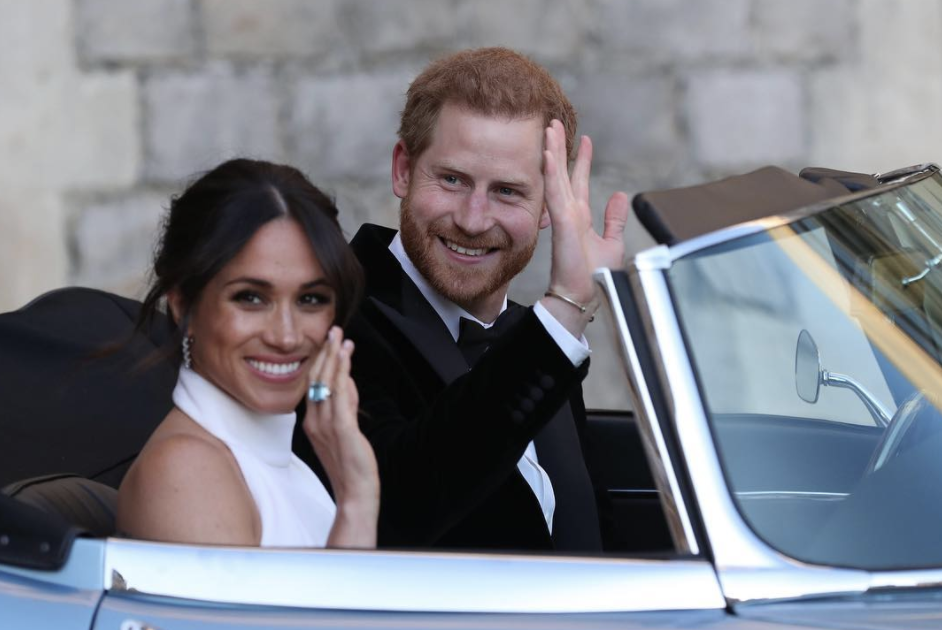 October 2018: Royal watchers rejoice when the couple announces they are expecting their first child, due sometime in the spring. The couple then set off for their first royal tour, with stops in Australia, New Zealand, Tonga and Fiji. 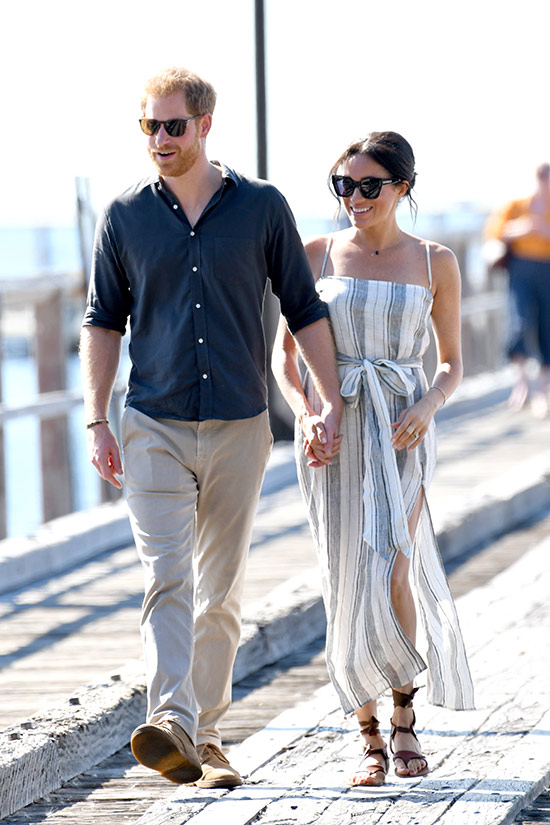 Their trip is focused on youth leadership and environmental projects, and some of their activities include visits to schools, expeditions through forests, traditional welcoming ceremonies, and of course, the 2018 Invictus Games. 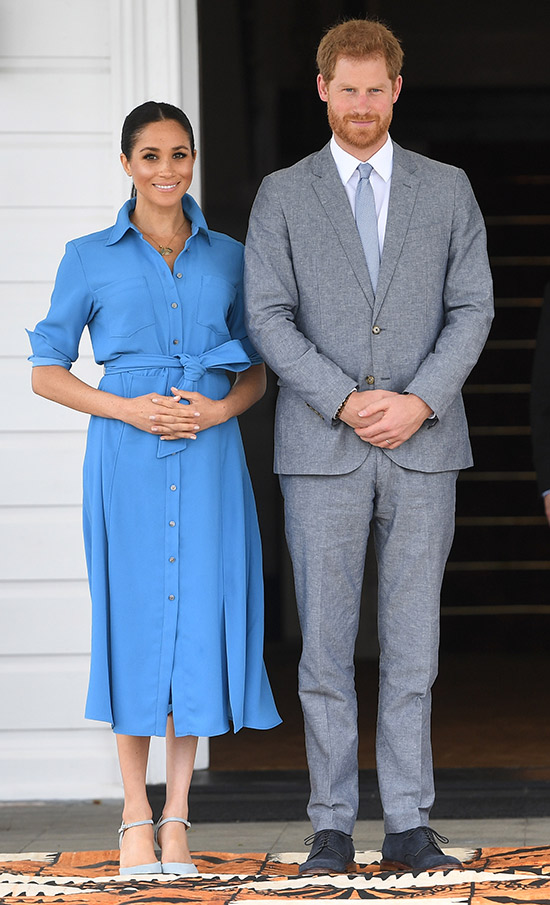 February 2019: The couple has a short three-day tour to Morocco, where Markle is pictured with her growing baby bump. 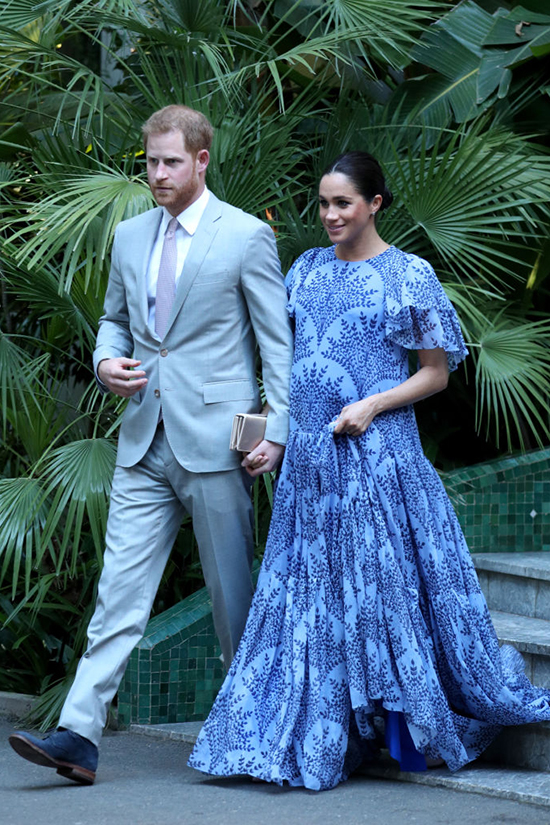 May 2019: It’s a boy! On May 6, Markle gives birth to their son. Baby Sussex is named Archie Harrison Mountbatten-Windsor and he is the seventh in line to the throne. An ecstatic Prince Harry joyfully tells the press: “Every baby is amazing, but this little thing is absolutely to die for. I’m over the moon!” 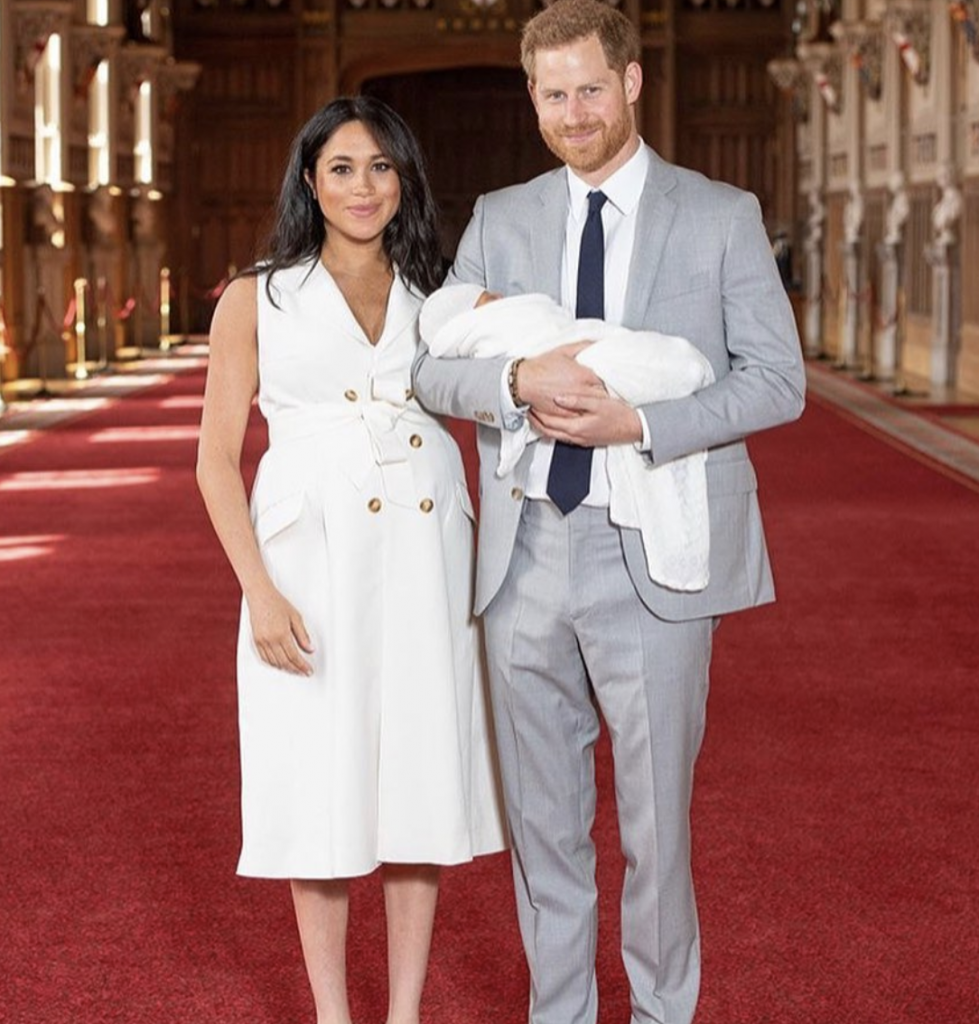 July 2019: Baby Archie is christened at a small, private ceremony inside Windsor Castle, surrounded by family. Royal watchers point out that Archie bears a striking resemblance to his father, as he appears to have the same red hair.

September 2019: The family embarks on their first royal tour with Archie. They visit Malawi, Angola, South Africa and Botswana to address issues they’re passionate about, including women’s and girls’ rights, mental health, HIV/AIDS and the environment. 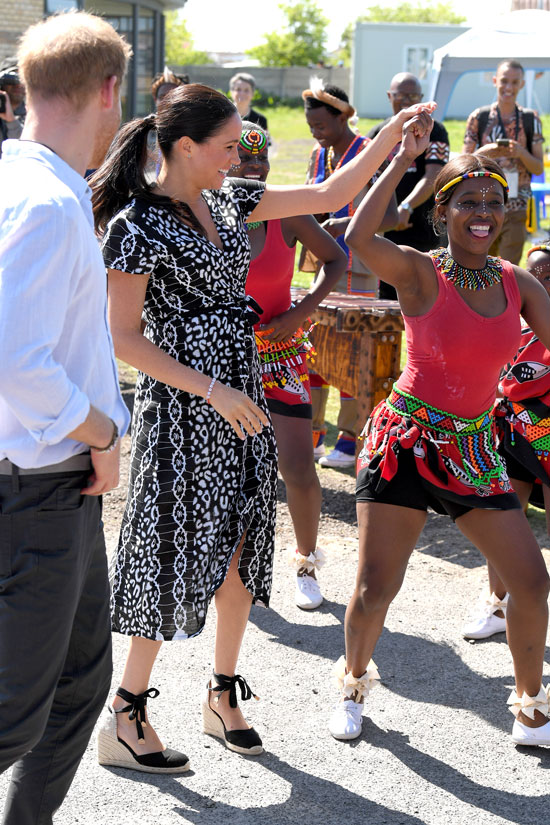 November 2019: Time flies! Prince Harry and Markle celebrate the two-year anniversary of their engagement with a series of cute throwback photos on Instagram. The post features a picture from their engagement photo call, a never-before-seen wedding photo and a snapshot of the couple with Archie.

January 2020: A major month for the royal couple: on January 8, Harry and Meghan announce that they will be stepping down from their roles as senior members of the royal family and plan to become financially independent.

It isn’t exactly a seamless announcement; the Queen states she would have preferred the Duke and Duchess to remain working royals; however, the royal family declare their support for Harry and Meghan as details of the couple’s transition unravel. Time will be split between North America and the U.K., as the couple continue to do work in non-profit organizations.

February 2020: Public appearances are kept to a minimum as details of Harry and Meghan’s departure from the Crown continue to emerge. As of March 31 – their official royal exit date – they will no longer be referred to as “Sussex Royals.” 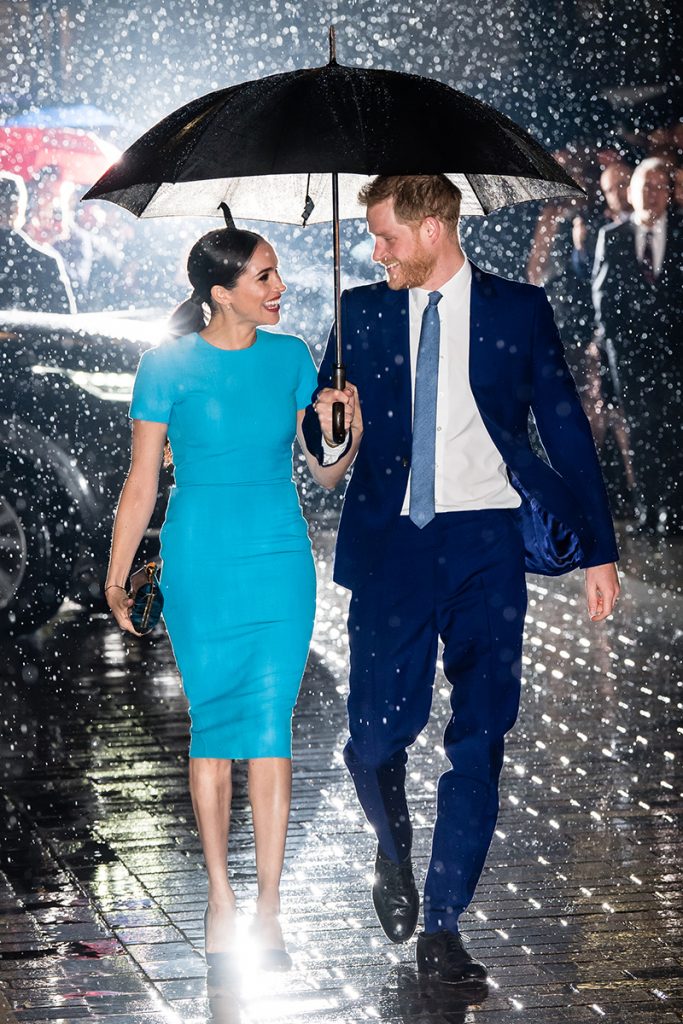 March 2020: In their final month as senior royals, Harry and Meghan make some crowd-pleasing public appearances shortly before the COVID-19 pandemic calls for social distancing measures. (Harry’s father, Prince Charles, announces he has the coronavirus, but is doing well.) The couple leave Canada for Los Angeles with baby Archie, prompting Donald Trump to tweet that the U.S. will not pay for their security (a rep clarifies that they don’t expect government-covered security). 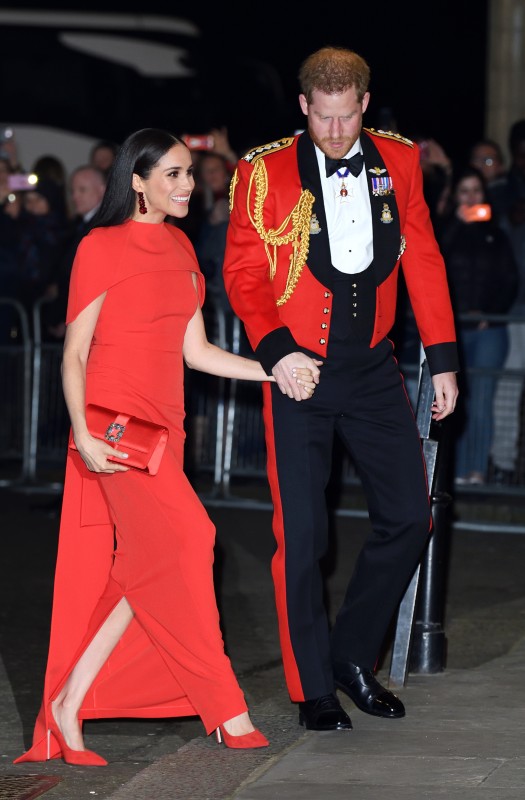 “As we all find the part we are to play in this global shift and changing of habits, we are focusing this new chapter to understand how we can best contribute,” Harry and Meghan wrote in their goodbye post. “While you may not see us here, the work continues.” 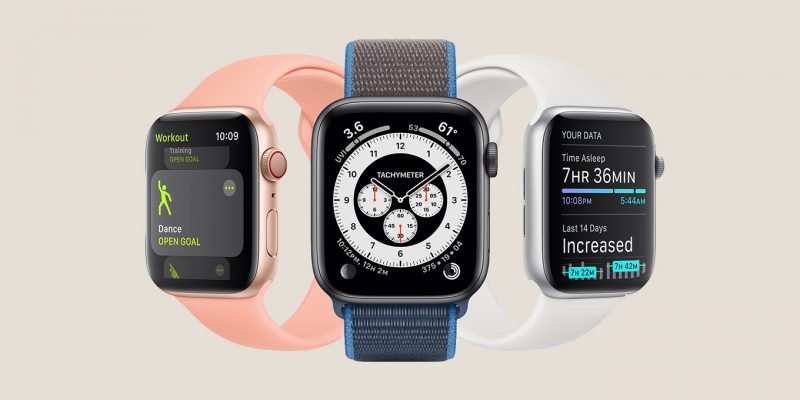 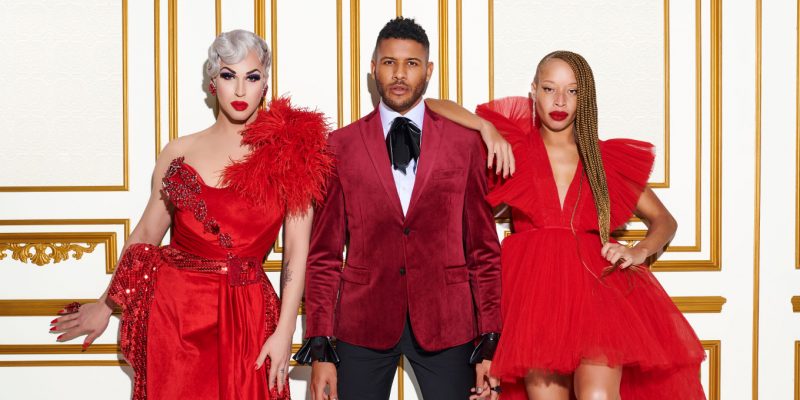