Rounding up the best picked and some overlooked films of 2007. 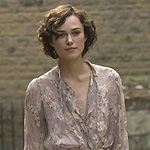 The year 2007 proved to be a great year in film. Raves for critical darlings like No Country For Old Men, Juno, Away From Her and Eastern Promises inundated critics lists to the point of media saturation while thrill-a-thons like The Bourne Ultimatum, I Am Legend and 300 brought edge-of-your-seat action back to the forefront. We celebrated tragic romance in the form of Atonement and political charmers like Charlie Wilson’s War, not to mention rude but smart comedies like Knocked Up and Superbad. And while it seemed like the endless wave of year-end best-of lists offered up films that no one could dispute as instant classics (everything from the animated rat comedy, Ratatouille to the blood spattered musical Sweeney Todd), there were still many gems that went overlooked. Here are the films that never received a fair shake at the box office in 2007.

Clive Owen is a grizzled tour de force in this ultra-stylized action caper that leaves you breathless and wanting more. A dazzling ballet of crackling banter, zingy one-liners and thuggish caricatures framed in a hail of cartoon gunfire.

Jake Gyllenhaal traded in heartthrob status for critical acclaim in David Fincher’s taut, true-crime thriller that went largely unnoticed at the box office. Based on the Seventies Bay Area Zodiac killings, this methodical police procedural, stripped of car chases, shoot-outs, and easy scares, brought intelligence and dignity back to the serial killer genre.

Robert Rodriguez and Quentin Tarantino teamed up for this two-for-one punch that hearkened back to the seedy grindhouse extravaganzas of the seventies. Rodriguez’s Planet Terror paid sincere homage to the b-movie, reanimating the genre with bombshell babes, a planet full of zombies, and the requisite machine gun leg. Tarantino’s extremely chatty talkathon Death Proof also brought glorious new depths to the term “girl power” in the most satisfying revenge payback of the year.

Although James McAvoy is currently racking up heaps of critical praise and award kudos for his work in Atonement, his earlier work in Becoming Jane is simply not to be missed. McAvoy turns in a dynamic performance as Irish lawyer Tom Lefroy, Jane Austen’s love interest, in this charming period piece which speculates on how the couple’s doomed romance fueled the imagination of one of the most revered writers in English literature.

Adapted from the German film, Mostly Martha, Catherine Zeta-Jones serves up a tasty treat in No Reservations as a straight-laced chef that gets swept off her feet by a larger-than-life sous chef (Aaron Eckhart). A sweet performance by Abigail Breslin (Little Miss Sunshine) turns this overlooked tale into surprisingly heartwarming fare that deserves a second glance on DVD.

Although it may be the ultimate chick flick, this music-fueled romance revolving around a washed up pop star (Hugh Grant) and a plant-waterer turned lyricist (Drew Barrymore) hits all the right notes. It also delivers enough laughs to ensure your significant other will also enjoy it, whether he chooses to admit it or not.

Image of Keira Knightley in Atonement