ELLE Canada beauty director Vanessa Craft on why she decided against fixing her smile before her wedding. 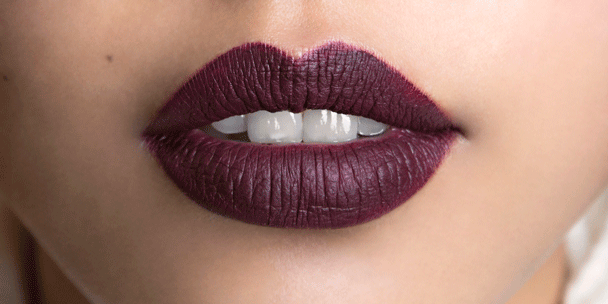 When I was 26, I donated blood at a local clinic and then returned to work, where I fainted, face first, onto a marble floor. Two of my incisors snapped off, and my two front teeth were pushed so far back that they were caught behind the middle bottom ones. I broke my nose and tore my frenulum (the bit of tissue that connects your upper lip to your gums). I had a hairline fracture across the top of my jaw and developed two black eyes and a nasty fat lip. Fixing the damage involved a pair of pliers in the hospital emergency room and four root canals, and it was awful. I had the basic, necessary (and affordable) work done: A dentist glued the tooth my colleagues had found by the elevators to the remaining stub in my mouth and then used the composite resin used for fillings to build up the other broken ones.

After that, I felt insecure about my smile. I had planned on getting the cosmetic side of things sorted shortly after the accident, but there was always an excuse: no time, not enough money, couldn’t find the right dentist. Truth is, I was afraid. The cracks in my teeth bothered me, but the thought of hearing a drill near my head made me nauseous. I also struggled with how vulnerable I felt. As a temp, I wasn’t paid for sick days, so I had to return to work even though I was still missing teeth. I was in constant pain, and I didn’t like being the subject of pity from my kind and caring friends. I looked a mess until I healed; I hated that too.

Here’s a life event to really push you out of your decade-plus anti-dental comfort zone: getting married. The porcelain piper had finally come calling. “This is the time to do it. You’re going to have a camera in your face constantly,” said one friend. “You should do everything you can to feel confident on the day,” added another, reminding me that I’d be happier once I put “closure” on this. I was used to my janky smile by now, but I agreed. “New teeth, new me,” I told myself when I booked (and then sheepishly cancelled) numerous consultations. Eventually I submitted to the cosmetic process: A mould was made of my mouth so the dental lab could begin to make a set of crowns.

About a month before the wedding, I went to see The Imitation Game, starring Benedict Cumberbatch. As the story of the MI6 math whiz unfolded on the big screen, I was distracted by his co-star, Keira Knightley. Yes, her elfin face is exquisite, especially at 30 feet wide, but it was this successful Hollywood actress’ jagged, uneven teeth that caught my attention. I marvelled in the darkness at the discovery that a physical flaw had never made a difference to Knightley’s level of talent, her acclaim or the perception of her star quality. She became instantly fascinating to me: a woman who rejected the futile pursuit of an ideal standard of beauty. I never thought that a “Celebrities, they’re just like us!” moment would set me free, but a weight had been lifted. When I got home, I Googled and discovered something she said to the NY Daily News last year: “I’ve never minded people’s imperfections—I’ve never had a problem with my own. I don’t have a perfect face or a perfect body or perfect teeth—I’ve got what I’ve got and it’s all fine. It adds character.” I cancelled that final appointment at the dentist. I didn’t need to go get fixed. I finally got it: Beauty lives in the cracks, and I have plenty.

READ MORE:
Is the square nail the shape of the summer?
10 must-have beauty products for your summer road trip
7 tips to feel more confident naked