How the Hollywood elite get red-carpet-ready—fast! 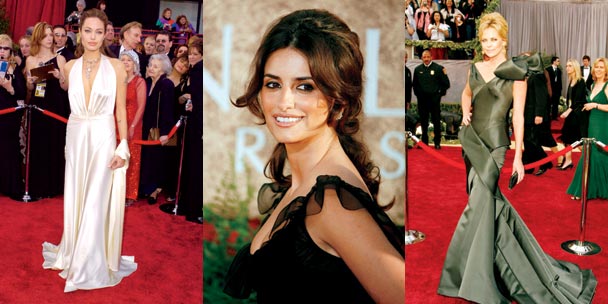 Not many of us have to contemplate running a gauntlet of paparazzi to get into a party, but there are red-carpet moments in each of our lives where we want to look absolutely fabulous. So, what does it take to get camera-ready? Well, actually, it takes a village — of dermatologists, skin-care specialists and makeup artists.

Beverly Hills dermatologist Harold Lancer is Hollywood’s go-to guy for that all-important premiere. Montreal-born Lancer recommends a two-hour treatment that involves face and body polishing using sea crystals in a hyaluronic-acid base that is also pumped with beta growth factors, proteins and amino acids. His clients will often add a Placenta Hydration Facial, in which purified human placenta is directed into the skin using an LED panel. “Both green and yellow light activate dermal blood, so the nutrients are sucked down into the dermis from the epidermis,” explains Lancer. The final step: Fortified Night Cream, a hyaluronic-acid “sealant” from the doctor’s own product line (available at lancerdermatology.com). “The skin blossoms, looking very radiant and glowing, and has an even tone,” he promises. “And it may stay that way for up to 48 hours.”

In New York, high-profile types like Kate Winslet,
Linda Evangelista and Diane von Furstenberg seek out the discreet Fifth Avenue townhouse salon of skin-care doyenne Tracie Martyn. Her Red Carpet Facial is so-named because “people walk out looking immaculate, so they leave here and go straight to the event or the photographer’s studio,” says Martyn’s partner, Marius Morariu. In addition to the ministrations of Martyn’s own hands, this treatment involves microdermabrasion with a diamond-tipped unit, firming, contouring and revitalization via the mild current of her proprietary Resculptor equipment and wrinkle reduction via amber LED light — accompanied by applications of her all-natural skin-care creams, lotions and serums (available at traciemartyn.com).

Celebrities and civilians alike live in fear of the last-minute
blemish. Lancer treats this big-event nightmare with an injection of fluorouracil, which he says is “an anti-scarring medication that disperses blemishes quickly.” Martyn recommends her branded Enzyme Exfoliant for overnight treatment and regular use of her Amla Purifying Cleanser, formulated with antibacterial extracts and botanical enzymes. “Younger actresses, who are most likely to suffer from
breakouts, swear by it,” she says.

Makeup artist Pati Dubroff, who counts Gwyneth Paltrow, Kirsten Dunst and Julianne Moore among her clients, recommends applying a blemish-healing ointment the minute you feel a pimple coming on. “And don’t pick, because you’ll create an open wound and then makeup won’t stick,” she adds. Dubroff is also a fan of using ice to reduce inflammation and a dry concealer for optimum coverage. Desperate? “I’ve turned many a zit into a beauty mark with an eyebrow pencil — as long as it’s in an appropriate place, of course,” says Dubroff. “If it’s between the eyebrows, it just doesn’t make sense!”

Late night? Morning-after puffiness and dark circles are yesterday’s news with Martyn’s LotuSculpt Quick Fix Eye Pads and Activator. The half-moon-shaped pads moistened with the Activator solution soothe the skin with hyaluronic acid and collagen peptides; Martyn also claims that they have a faux-Botox effect that stops the over-contraction of the muscles in the area. “I like to use the pads while I’m blow-drying my hair because they also protect skin from the heat of the dryer,” she says.

Dubroff swears by individual
fake lashes for red-carpet outings. “They really amp things up — unless it’s someone like Kate Bosworth, who has the most incredible
lashes; hers already look fake. But for pretty much everyone else, I bring out the individual flares or singles to fill in between the natural hairs. For someone like Megan Fox, I apply full-strip lashes because she really loves the drama of the lash.”

For fabulous, eye-framing brows, Dubroff uses a combination of a superfine pencil — “microfine twist-up pencils, like the Kevyn Aucoin [Precision Brow Pencil] and the new one from Dior [DiorShow Brow Styler Ultra-Fine Precision Brow Pencil], that deliver a dense but hairlike stroke” — and a bit of brow powder applied with a flatedge brush to soften.

Get plump, juicy lips with these tips on the next page …

Lip service
Most stars wouldn’t dream of smiling for the cameras with anything less than plump, juicy lips. “Without several days’ lead time, I won’t inject fillers because the lip can bruise,” says Lancer. For an immediate plump-lip look, he mixes up a balm/gloss (containing a turmeric/curry derivative and a heating enzyme from the cinnamon family) that causes temporary puffiness.

“If lips are hydrated, they’re going to be naturally juicy,” says Dubroff, “so drinking enough water and using lip balm consistently are key.” She also recommends scrubbing lips with a toothbrush to stimulate them and get rid of flakes. “I don’t love lipplumping products,” she says. “They may work in the moment, but I think they ultimately dry the lips out. I’d rather get the effect optically.” For Dubroff, this means applying lipstick first and then pencilling liner on top. “That way, the pencil isn’t dragging across a dry lip — plus, you know the liner matches the lipstick perfectly,” she explains. And while super-shiny lip highlighters certainly up the juiciness quotient, Dubroff warns that they should be kept to the centre of the bottom lip. “So many people overdo the shine and lacquer until it ends up pooling in the corners of the mouth and dripping off the edges. And if you use the shine all over, there’s no differentiation of light and tone, no contour effect.”

Perfect timing
“Anyone who tells you that lipo is an instant fix — even in small pockets like underarm folds — is hallucinating,” says Beverly Hills dermatologist Harold Lancer. “If you do laser lipo to remove that, you’re talking a one-hour procedure and then a week or two of swelling and possible bruising. You’re going to be sorely disappointed if you don’t allow four to six weeks for the final results.”

Ditto injectables. Lancer says that no matter what the skill of the practitioner, “there are skin perforations involved. Two weeks in advance of a big event, okay. But if you only have one week, you’d better stay with a topical and non-invasive approach.” But he is a firm believer in injecting Botox, and its new rival Dysport, into the armpits for perspiration control. “They work like a charm,” he says. What about Botox for cleavage lift? “That’s a deceptive concept,” says Lancer. “Botox for the cleavage doesn’t actually lift. What it will do is dissipate that crinkly line between the breasts caused by sun exposure and genetics.”