The battle of rosacea

Say goodbye to the rosy sting of rosacea with the latest at-home treatments. 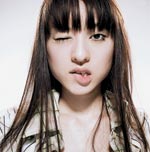 There was a time when the blush on a woman’s cheek inspired sonnets and royal weddings. But a persistent ruddy complexion definitely goes against the feminine ideal. Rosacea is a progressive and cumulative skin disorder that starts off as a diffused redness, then, little by little, distorts the evenness of your complexion. It affects more than two million Canadians, most of them fair-skinned women over the age of 25.

What’s up, doc? There is no rhyme or reason as to when, why or whom rosacea hits, says Dr. Anne Curtis, a Toronto-based clinical dermatologist who heads up the Dermatology Laser Centre at Women’s College Hospital in Toronto. “But people with rosacea appear to have a different flush process that may be activated by a number of factors — from extreme weather, spicy foods, hot drinks, pollution and excessive exercise to increased stress.”Any one of these triggers, by themselves or in combination, may enlarge the blood vessels in the face and keep them open. The result is skin that is swollen, hot and painful to the touch and, if left untreated, plagued by a trail of pimples. However, before rosacea sufferers identify their triggers, usually through the help of diaries, they often get misdiagnosed. “For the longest time, I just thought I had acne, but that wasn’t the real problem,”says Lisa Roy, 35, a Toronto-based customer relations manager who was diagnosed with rosacea a year ago. “I had teenage acne, but my pimples changed as I got older; they went from being spots I could pop to these closed-off hard bumps under my cheeks and chin.”Roy tried everything, including combinations of intense moisturizers and benzoyl peroxide, to reduce the parched redness and treat the acne. Instead, she ended up with very confused skin. “I didn’t need to dry the pimples because the problem wasn’t acne.”To the rescue If caught in time — as soon as you notice persistent redness and before the onset of spider veins in the face — you can decrease or prevent the development of the pimple stage.

There are a number of treatments available that can diminish the symptoms of rosacea, each with their own formula for decongesting and strengthening fragile blood vessels and hydrating dry skin. La Roche-Posay’s Rosaliac Anti-Redness Skin Perfecting Daily Moisturizer, when used twice a day, is especially effective in treating thin, reactive skin in the early stages of rosacea. This moisturizer has the added benefit of a green tinted cosmetic cover-up to help hide the redness. DDF’s Redness Relief is another good early-phase therapy that contains a number of plant-based derivatives, including yeast extract for calming, horse chesnut extract for reducing inflammation and toning blood vessels, and cocoa extract for increasing circulation. Emollients like these may also be used as adjuncts in severe cases of rosacea where topical creams or oral antibiotics are prescribed.
B. Kamins, Chemist, a Montréal-based company that specializes in stubborn skin care problems, recently introduced a line of products especially formulated for rosacea-plagued complexions (Bill Clinton and Jennifer Jason Leigh are said to be loyal fans). The Booster Blue line — which includes a cleanser, mask, treatment and moisturizer — contains a patented Bio-Maple compound to help moisturize and relieve inflammation. The treatment can be reapplied over makeup while the moisturizer has the added benefit of SPF 15, not to mention a distinctive blue-green optic to cosmetically neutralize even the most intense blush.

Stay the course Don’t expect results overnight. Caring for rosacea is about committing to a program. “We’re aiming for control, not a cure,”says Curtis. However, following a skin care regimen is worth the effort. “It took a couple of months for me to notice a difference,”says Roy, “but when I did, it changed how I feel about myself.”