Megastar Gwen Stefani dips into the fragrance world with the launch of L. 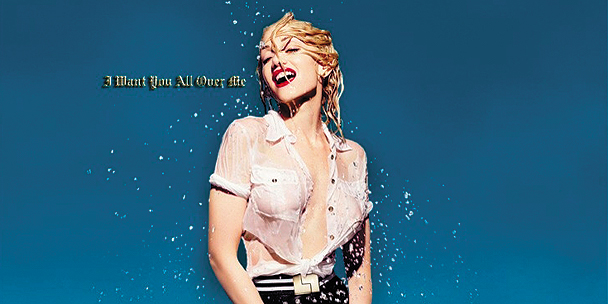 Gwen Stefani is a master at splashing out. Meticulously groomed and impeccably dressed, there’s nothing unscripted about her style. The 37-year-old pop-punk queen and fashion designer brings the same rigorous sensibility to her first fragrance, L. Mirroring the advertising campaign — where Gwen is swimming in a pool of fragrance — the launch was held poolside at Soho House New York.

Dressed in a one-shoulder black top and pants from her L.A.M.B. collection, Stefani exudes a graceful warmth. Her platinum-blond hair — pulled back into a simple ponytail — showcases her flawless, pale skin and signature red lips. “Creating a fragrance is one of the most prestigious things a designer can do,” she tells the group of beauty editors. “For me, it’s another thing you can wear and another thing I can be part of creatively. I created it for myself — it’s like me shrunk into a box.”

Stefani worked with perfumer Harry Fremont to develop the scent; she reveals that it took 31 tries to achieve the perfect blend. Unlike designing clothes — which has limitations — she says that creating a fragrance is similar to writing a song: “You start with a fantasy and tweak it until it feels right. It’s the same with a fragrance.”

For L, Stefani started with the scent of sweet peas. “There are so many inspirations to draw upon,” she says, “but I’ve loved sweet peas since I was a child; my mother grew them in our backyard.” The other notes evolved as Fremont translated Stefani’s vision — to create a watery, fresh and clean fragrance — into the final blend, which has top notes of hyacinth, white freesia, fresh pear and violet; a heart of jasmine, rose, lily of the valley, sweet pea and orange blossom; and a dry-down of peach, frangipani, heliotrope and musk.

Stefani is already working on follow-up fragrances, but L is meant to be a classic. “It’s the first letter in L.A.M.B., and it stands for love,” she explains. “It’s always going to remind me of this time in my life — of giving birth to my son, the clothing line and everything else. It’s always going to be special to me.”

As the press-day blitz draws to a close, Stefani admits that she’s keen to catch her return flight to L.A. It’s the first time she has been away from her boy, and she’s in withdrawal. “He’s the greatest thing that has ever happened to me,” she says, smiling. “He’s just so deliciously great! I can’t wait to get home and smell him. Now that’s the best scent in the world — if only I could bottle it!”

Image of Gwen Stefani in her ad campaign, courtesy of Coty Inc.