Shampoo, shave and take care of your tats like Beckam. 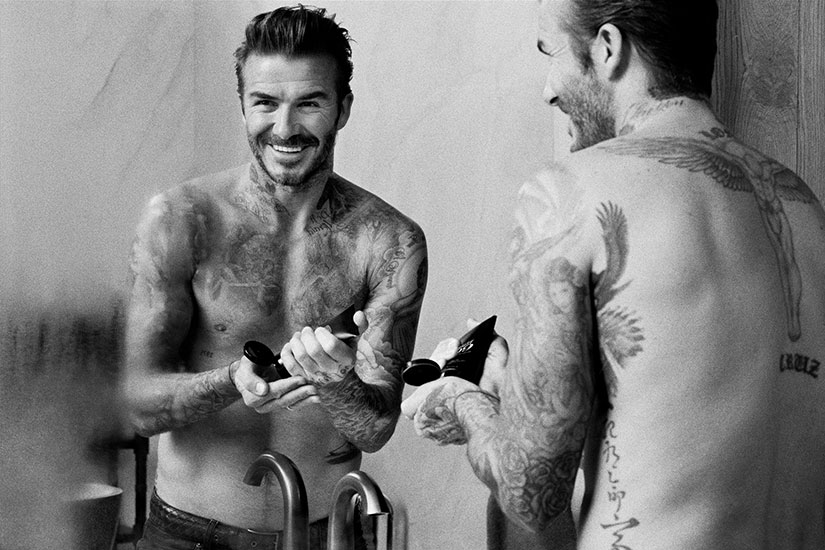 David Beckham is entering into the men’s grooming game with House 99, a new haircare, skincare and grooming line for men developed with L’Oréal Luxe.

“For a while, I’ve been thinking about developing a grooming range,” said Beckham in a statement about the two-year undertaking. “It wasn’t until I started speaking with the L’Oréal team that it all came together.” (Beckham was previously the face of Biotherm Homme, a L’Oréal brand. You may recall this campaign.)

“Our goal was to create a men’s grooming range that provides the tools to experiment and create whatever look [you’re] going for,” he says.

The line would be incomplete without some sort of tattoo care—he has upwards of 40, including the number “99”—and features a tattoo body moisturizer called Bold Statement.

Beckham named the brand House 99, after the desire to build “an inclusive family-like community for the brand,” and because 1999 was a particularly great year for the former professional soccer star.

“It was a critical year for me,” he says. “A lot changed in my life that year. I got married. Manchester United won the treble, and my eldest son Brooklyn was born.”

The line will debut in the U.K. this February, and be available in Canada as of March.

There’s no such thing as flawless skin—but you can take steps to keep it healthy-looking.

Body care is just as important as skincare.