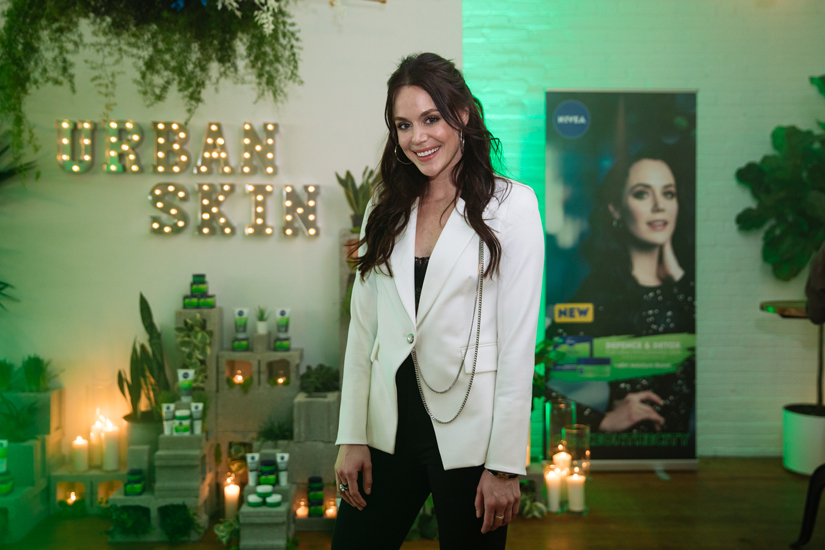 It takes a lot of effort to be the best. See: Beyoncé’s Homecoming or Canadian ice dancer Tessa Virtue’s grueling training schedule leading up to her epic wins (two gold medals, alongside skating partner Scott Moir) at the 2018 Olympics Games. When I recently met with Virtue at a Nivea event (Virtue is a spokesperson for the brand), it had been just over a year since she and Moir became the most decorated figure skaters in Olympic history. I assumed she’d be doing what I would want to be doing after all that: taking a well-deserved break.

Virtue and Moir are still skating, doing month-long stints in Korea (in April) and Japan (in June) before embarking on cross-Canada tour Rock The Rink this fall. But the prep work, both mental and physical, says Virtue, is vastly different (read: not all-consuming) as training for the Olympics.

Here, she breaks down what her health and fitness routine looks like in 2019, the skincare products she’s currently using and the exact lipsticks she wears when performing.

Have you been home more in 2019?
I average maybe one or two days a month. I wake up, unpack, do laundry, repack, try to work out, make a HelloFresh meal, go to the tailor—I’m always tailoring clothes, because I’m planning for so many events and functions. That’s my little routine when I’m [at home] in London [Ontario].

Is HelloFresh the one where they give you all the ingredients, and then you cook it yourself?
Yeah and you feel really good about yourself, because you’ve accomplished a beautiful end product. But I can’t cook unless it’s off that recipe card. I’m just a mess.

How many glasses of water do you drink per day?
When I was training, the goal was always three litres. Now, I’m not even close to that. But I feel so different when I’m actively trying to reach it, and I see a difference in my skin.

What does your fitness routine look like now?
This time last year, when we made the announcement [that I was joining the Nivea team], I had just come off the Olympics. I was technically the best in the world and in [my best shape]. A year later, I’m not spending 11 hours a day training. That’s not my purpose anymore. I feel liberated that I can train and work out just because it feels good. It’s not for function. Just in the last few weeks, that’s hit me. I’ll be in the middle of a spin class and it’s as if I’m looking at myself from the outside and I see this weight being lifted. It’s realizing that I am finally stepping out from under all that pressure.

Would you spin at like, SoulCycle?
I was spoiled because we did Power Watts when we were training. And that’s basically what Tour de France riders use. I was so specific about wattage and RPMs and things like that. So I try and find places that I can actually see the data and I know what I’m doing. But I am trying aerial yoga on Saturday. I’m really excited about that.

What does your skin look like when it’s stressed out? Is it dry, does it break out?
I feel like it’s all of the above. I’m just as susceptible to a breakout as anyone else and so I try to have a regular routine. One big thing is that I never travel with makeup on. Even if I’m on a plane, I’ll take my makeup off, wash my face and moisturize. It makes such a difference.

What is a normal morning routine for you?
I wake up and I use the Three-in-One Cleanser and then I’m all about that Defense Day Moisturizer. That’s really all I need. If I don’t have to wear makeup, I won’t. I never wore makeup when I was [training], so it feels like an event to put mascara on.

What’s some of the best skincare advice you’ve ever received?
My mom always said that less is more and to avoid touching your face. It’s funny, because a fan just sent me a photo with pictures [of myself] from 2010 and 2019 [side-by-side] and they said, “Oh, you look younger now. How is that?” And I think it’s because I’m wearing less makeup! When you’re young, you get excited about makeup. You just want to cover your face up. It’s so nice to see skin and just be okay with your natural face.

What’s your go-to lipstick when you perform?
Mehr, Brave and Syrup by M.A.C Cosmetics. They’re pretty much the same colour. I literally wear one of those three at all times.

This Skincare Concentrate Is a Dupe for Injectables—Seriously

This Skincare Concentrate Is a Dupe for Injectables—Seriously