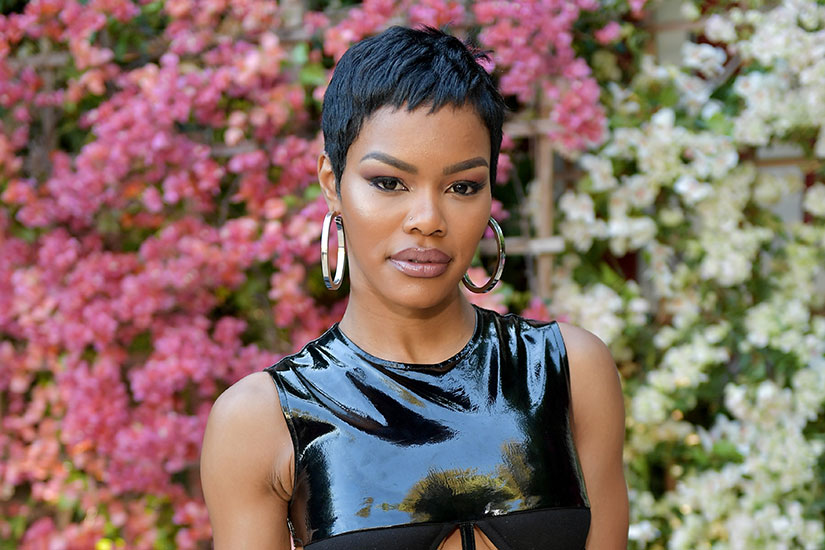 Teyana Taylor is waist-deep in a pair of Isabel Marant boots. She’s flanked by Scott Studenberg of Baja East and a seamstress, who are both arranging the singer in a mini-dress that will later become her CFDA/Vogue Fashion Fund Awards look. Taylor’s 2-year-old daughter Junie grabs for her hem, while the trio negotiates the space where boots end and dress begins. “I need another bellini,” Taylor says to someone, and a cube of peach-flavored gummies appears.

Last year, the dancer body that Taylor has always inhabited became a pop culture obsession after her role in Kanye West’s “Fade” video, (which featured a cameo by her husband, Cleveland Cavaliers point guard Iman Shumpert and baby Junie). Not long after, Taylor launched an online fitness program titled fittingly, Fade2Fit. If you’re looking for the nutritional math behind her impossible proportions, her distaste for health food is heavily documented at this point. “I eat the same thing that I’ve been eating since I was a little girl–waffles, pancakes, things that I grew up on,” she says. When given the choice, she favors flavor over texture. Ketchup and onion powder? Yes. Calamari and tomatoes? Hard pass. “I love baking cakes, frying chicken, cornbread, collard greens, mac and cheese.”

With her CFDA dress alterations out of the way, and Junie asleep–which is no small feat–Taylor can begin getting ready for her appearance at the first annual Revolve Awards, a process that’s been significantly streamlined since she cut her hair short. “I don’t ever want to grow my hair back,” she says. “It’s so crazy because at 16 with all the hair that I had, it was like, ‘no I don’t ever want to cut my hair’–it’s crazy how you change when you become a woman, not even just a mom. You start to grow up and you realize that it’s just hair.” In Cleveland, Taylor sees a stylist named Edith out of Bangs salon, which specializes in short hair. “Every time I left her salon, it was like ‘I lost an inch.’ Now she calls me Baldie because I won’t grow it back.”

The idea of Taylor eating kid food and visiting a salon might seem exceptionally regular, but that’s part of who she is—and not in a deliberate, celebrity-cultivating-relatability sense. She still gets starstruck. She wore a T-shirt with Janet Jackson’s face on it to meet Janet Jackson. And she cried real, not-for-Instagram, Janet-induced tears. “She really changed my life in so many ways and I’m just happy I got to finally meet her,” says Taylor, who channelled Jackson’s 1995 MTV Video Music Awards look at this year’s ceremony. The decision rubbed certain people the wrong way, but Taylor took it in stride. “It’s one thing to pay homage and it’s another thing to just imitate and try to run with it like it’s yours or even look down upon a person that you got it from.”

One thing that’s not-so regular? Her beauty routine. It was Pharrell Williams who taught her the importance of a rigorous exfoliating regimen when they first met years ago— “It sounds like he’s exfoliating three times a day,” she remembers. Taylor is a beauty expert in her own right who would rather mix up her own fragrances than smell of one you can easily identify, like—”oh, that’s Flowerbomb.” There’s a science to her scent layering, a specific blend of Neutrogrena Sesame Oil and Kiehl’s Musk Lotion cut with YSL’s Black Opium dry oil. Her friends call her Jimmy Neutron because she’s always mixing up new things. “I think I need to just create my own concoctions and slap my name on there and get it popping,” she says, and if the success of Fade2Fit is any indication, beauty conglomerates should pay attention. Taylor shops for ingredients like Shea butter, black soap, and coconut oil at the beauty supply stores in Harlem where she grew up. “Places like Target and CVS are trying to get Shea butter, but nothing is going to be as good as the hood shit.” 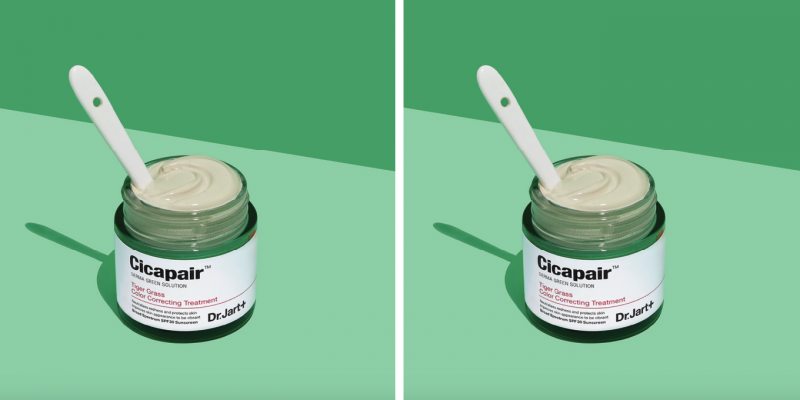