The Best Skincare Destinations In Toronto, Paris, London and L.A.

When in Paris—or Toronto, or London, or L.A.—do beauty as the locals do. 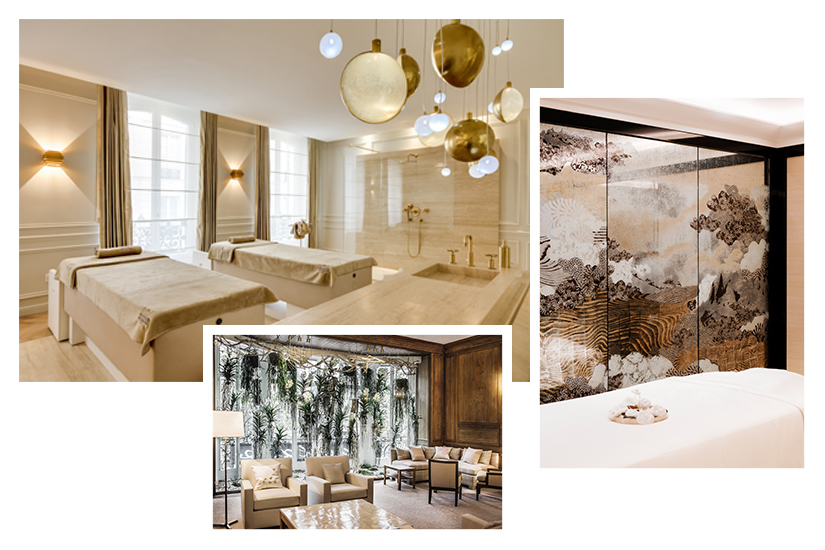 The thrill of the destination shopping has been tempered by online availability, but experiencing the world’s best beauty treatments still requires good old-fashioned travel. Paris is home to the flagship spas of storied French beauty houses, where sumptuous products and face-lifting massage are de rigueur. Both Guerlain and Biologique Recherche have spas tucked away within their storefronts on the Champs-Élysées, while Chanel’s one and only spa is housed, fittingly, in founder Coco’s former home, the Ritz, in Place Vendôme, just around the corner from the Darphin Institute.

Across the English Channel, some of the world’s most-sought-after dermatologists operate clinics within the unassuming townhouses along Harley Street— an area that has been noted for its large number of medical professionals since the early 1900s—in central London.

On this side of the Atlantic, enterprising facialists like Victoria Radford, who toured internationally as Fergie’s makeup artist for two years and now works between Toronto and London, make it a point to pick up techniques from international experts—and if they can’t find what they need, they design it themselves. Take Montrealer Jennifer Brodeur, who created the custom LED-light-therapy machine MAX+, which she uses to treat her bevy of A-list clients like Oprah, Ava DuVernay and Michelle Obama. The one constant we’ve found across every continent: Treatments are tailored to the desire for immediate results.

ELLE recommends making the following stops a priority during your next excursion:

WHEN IN TORONTO: RADFORD STUDIO

Our brand new space in @yorkvillevillage is open &amp; we can&#39;t wait to welcome you. ? #PrettyRad

At Radford, Victoria Radford’s newly opened beauty studio in ritzy Yorkville Village, the Hollywood Facial is a top draw. (They also offer hair and makeup services.) In phase one, low-frequency sound waves are used to prep the skin for iontophoresis, a mild electric current that follows in phase two. “Imagine if you took two magnets and tried to force them together the wrong way around,” says Radford of the treatment. “It uses that force to push product much deeper into the skin.” All of Radford’s facials are completely customized and aim “to visibly improve the individual’s skin as much as possible within the treatment time,” she says. Whichever treatment you get, expect to glow.

The American approach to skincare is decidedly high-tech, says Dr. Dennis Gross, a favourite of celebrities like Olivia Palermo and the seemingly ageless men and women of the Upper East Side. Beloved by ELLE editors for his Alpha Beta peels, sold as part of his eponymous skincare line, Gross is known for achieving results for his clients without them having to book weeks off work. “My mantra is you have to keep the skin balanced,” he explains. “I do the science; it’s all about using the optimized amount [of an ingredient] that can be absorbed per day without irritation.” At Gee Beauty in Toronto, Gross designed the exclusive Alpha Beta Lift + Lighten Photo Facial, a whirlwind treatment involving a peel, an LED light, an IPL laser and a hyaluronic-acid and algae mask designed to improve skin texture, discoloration and the look of fine lines. “We are cocktailing lasers now the same way we cocktail ingredients,” he says. “There is no such thing as one laser that does it all.”

WHEN IN LONDON: DR. MICHAEL PRAGER

When Dr. Michael Prager first tried Botox in the early ’90s, he did not like the results, despite having been injected by an experienced practitioner. “I decided to do it myself in a slightly different way,” explains the German-born, London-based cosmetic doctor. Nineteen years later, Prager is believed to be one of the biggest users of Botox in Europe, having gone through 2,500 vials for over 6,000 treatments last year. Ironically, it takes more product to achieve his trademark natural look, which sees the face as a whole—not just a collection of lines to freeze. “An average patient receives between 100 and 120 units, with the lower face and neck usually receiving more Botox than the upper face,” says Prager, who uses a technique pioneered by Dr. Fredric Brandt. (Dubbed “the baron of Botox,” the late dermatologist was renowned for his skills with injectables.) Clients emerge with their faces looking refreshed, not immobile.

WHEN IN LOS ANGELES: JOANNA VARGAS

Made of gorgeous white marble with cascading waterfalls and showers, this luxurious steam room is subtly lit in pink and one can expect the following 10 health benefits from stepping inside… Read more on our blog! (Link in bio)

During awards season, it’s not unusual to find celebrities making daily stops at Joanna Vargas’ spa in West Hollywood’s Sunset Tower Hotel. The bicoastal facialist opened the location earlier this year when her former outpost couldn’t keep up with the demand. Clients on both coasts demand glowing skin, but “the challenge in Los Angeles is how dry the climate is and how much sun people get, even in their cars,” says Vargas. “Melasma is a huge problem.” To address this, Vargas created the Supernova Facial (Mandy Moore and Elizabeth Moss are fans), which incorporates the microdermabrasion-esque Aqua Peel, a multi-layer mask with medical-grade collagen (skip this if you’re claustrophobic), microcurrents, a cryotherapy wand and a blast of oxygen to cap it all off. The next best thing to four machines on your face is Vargas’ Supernova Serum ($378), available anywhere you can get an Internet connection.

In Budapest, bathe in the mineral-rich thermal waters that inspired skincare line Omorovicza. In London, book facials with skincare brands Sunday Riley and Dr. Sturm and nail art with DryBy, in addition to brow styling, waxing and blow-dry services, within the sprawling new Hershesons location on Berners Street—they’ll fit you in starting at 8 a.m. If you’re in need of aesthetic dental work, you’ll want to call Dr. Michael Apa, who flies between NYC and Dubai, where he treats the city’s royal family. In New York, look for Dr. Robert Anolik, another ELLE editor favourite, at the Laser & Skin Surgery Center of New York; trained by Dr. Brandt, he is known for his artisan-like approach to lasers and injectables.