How Does a French Girl Deal with Acne? 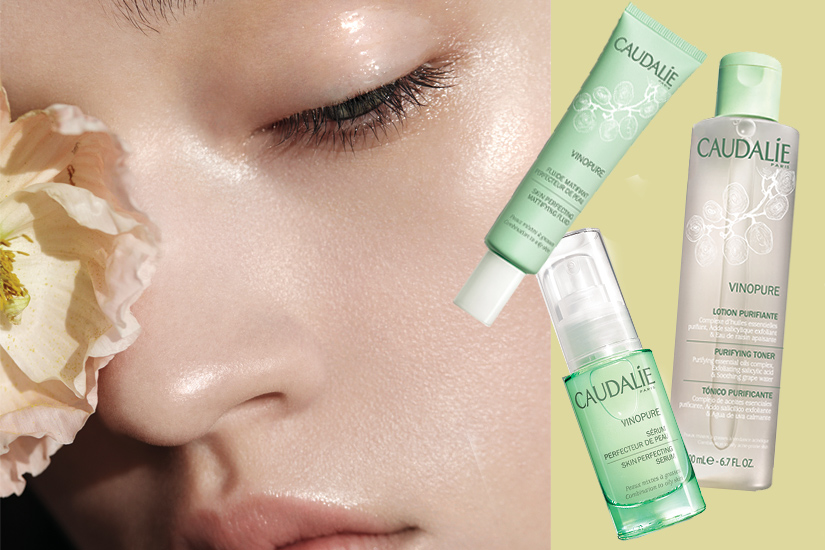 “Do Frenchwomen even break out?” I interrupt Mathilde Thomas, cofounder of the French powerhouse skincare brand Caudalie. We’re sitting in her office in Paris’ bustling 8th arrondissement, where she’s presenting me with the company’s first product line for acneic skin. There’s a wellestablished myth that the French are genetically capable of scarfing down croissants for three meals a day, never working out and chasing their glass of Pinot with a cigarette without negative consequences. While I realize that this is, indeed, a myth, I follow too many seemingly clear-skinned Parisians on Instagram not to ask. But acne is, in fact, a universal problem—Thomas assures me of that. After eight years abroad immersing herself in international skincare in New York and Seoul before returning home to Paris earlier this year, she should know.

The research backs her up: Based on a 2014 survey by market-research firm CSA Health, one-third of Frenchwomen have  combination to oily skin (which may or may not be acneic but has similar needs), and in Canada one in five women get breakouts, according to the Acne and Rosacea Society. “Alors,” says Thomas, “we need this collection.” 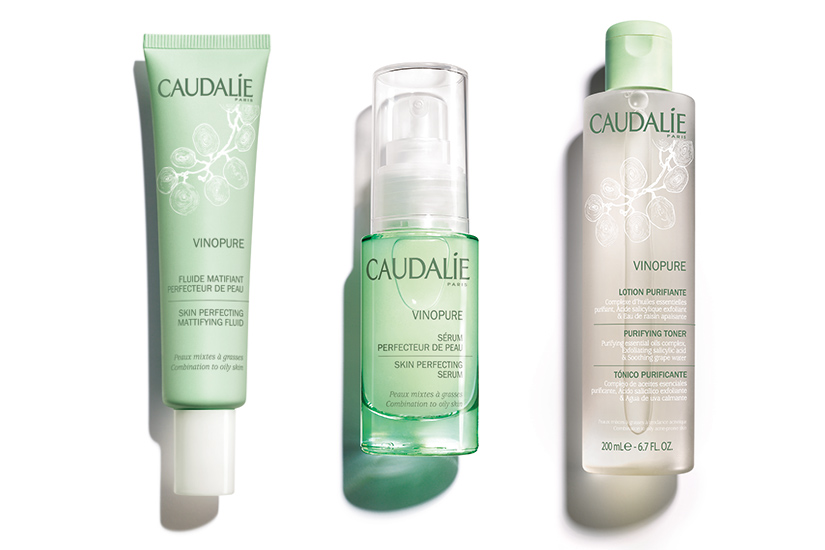 The causes of acne are complex, she tells me. There are internal factors, like hormonal changes and genetics, and external factors, like pollution and stress. The North American approach to dealing with the situation is often to go hard (lasers, peels, double-digit-strength active ingredients) or go home—and cover it up with makeup. Caudalie’s approach is decidedly less aggressive. (I think of it as the micellar water of acne care: gentle but supereffective.) The crux of the new Vinopure line, which includes a purifying toner, an exfoliating serum and a mattifying fluid (a forthcoming cleanser is still being perfected), is a patented combo of antioxidant-rich grape polyphenols (the brand’s signature ingredient) and organic essential oils. Together, they form a complex that has been proven to prevent sebum from oxidizing and thereby inhibits the growth of acne bacteria. Rounding out the formula are hydrating grape water and naturally derived (from willow bark) and naturally processed salicylic acid. The latter is key: Salicylic acid can be sourced from plants or synthetics (like petroleum), the scientific team at Caudalie tell me, but the distillation process for both is often chemical, which would negate the company’s mandate of creating natural products.

The line kicks off what Thomas calls Caudalie’s Green Revolution 2.0. Although the brand has always opted for natural  ingredients over synthetic ones whenever possible, recent cosmetic innovations have brought about natural substitutes for things like silicones and polyethylene glycol used to create the satisfying slip we’ve come to expect of lotions. The supposed dichotomy of natural/ ineffective and harsh/effective is changing, says Thomas. In a clinical test of the Vinopure mattifying fluid, Caudalie found that sebum levels were reduced by 36 percent after daily use for 56 days. Perhaps I had it right about the French after all.

A version of this article originally appeared in the September 2018 issue of ELLE Canada.

The Toronto-based skin and body care brand opened the doors to its pop-up in Spain—on until July 31.