Five innovative facials from around the world

The days of facials being mere scrub, steam and extractions are over. Here are 5 innovative facials, ranked according to the results (and intensity) you're after. 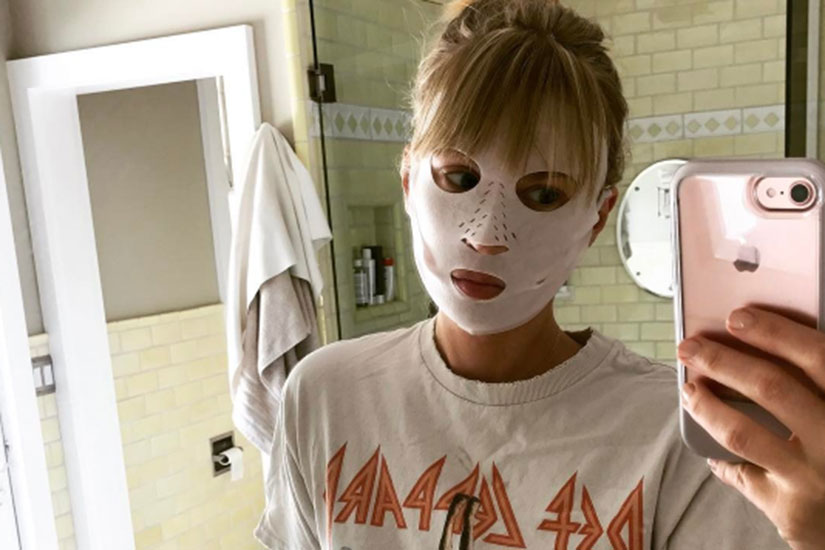 When you want to glow for weeks on end

This facial promises to lift, firm and smooth skin by combining dermatologist Jean-Louis Sebagh’s cult products with a gentle mist of vitamin-infused oxygen.

WHERE Exclusively at Gee Beauty in Toronto, as well as other haute locations worldwide, such as Dr. Sebagh’s clinic in London.

WEIRD BUT WORKS Masks are the focus in this treatment, not the time fillers. Leda Cerkozi, senior Medi-Beauty skin therapist at Gee Beauty, selects products based on your skin’s vibe that day—whether it’s thirsty, blotchy or covered in spots. The Deep Exfoliating Mask triggers cell regeneration, while the Calming Mask creates an illumin­ated finish.

INSTANT EFFECTS Your face will look as if you’ve lost five pounds of bloat and filtered it twice. Before you leave, you’ll be blasted with hyaluronic-acid-infused oxygen, which works like a blurring tool to minimize the look of fine lines while carving out cheekbones.

This anti-aging facial is designed to de-puff skin through lymphatic drainage. The entire facial is done without using heat or steam, which makes it ideal for reactive skin, which often flares up under the heat.

WHERE The Conservatorium Hotel in Amsterdam. Treatments are also offered in other select European cities.

PRODUCT ROLL CALL All products are from mineral-rich Parisian skincare line Anne Semonin. (The founder once worked with Catherine Deneuve and Grace Kelly.)

WEIRD BUT WORKS An ice cube—containing marine spring water, extracts of evening-primrose oil, wild indigo and red micro-algae, all encased in a pretty gauze bag—is rubbed over the face until it melts. Brace yourself for the initial shock of this frozen serum, but it’s actually more refreshing than unpleasant.

DAYS LATER Facialists caution that breakouts could occur post-facial, depending on your skin type. ($197 for 50 minutes), conservatoriumhotel.com.

The Tatum Time Facial at Skin By Tatum—a skincare clinic founded by Tatum Fritts, a former instructor at the International Dermal Institute—is bespoke, designed to address individual skincare needs, which is perhaps why celebs are such fans. (Kim K’s BFF Jonathan Cheban is a regular.)

PRODUCT ROLL CALL Fritts has 12 different skincare technologies at the ready depending on her clients’ needs. A recent facial Fritts gave Cheban included micro-current prongs to tighten muscles, LED lights to even out skin tone and an electric “mask” that aids in the penetration of products.

WEIRD BUT WORKS Fritts uses multiple technologies back to back to stimulate blood flow to the skin. Her facials can last for up to four hours a session; her longest ever was 10 hours and treated the entire body. (Clients are given breaks, if needed, and can use their phones on silent if steam isn’t being used.)

DAYS LATER Radiant skin, thanks to the different types of exfoliation each service employs. (From $588; time varies), at skinbytatum.com.

When your jawline hasn’t made an appearance in ages

This calming and repairing treatment for sensitive and dehydrated skin begins with an extensive questionnaire about lifestyle and skincare routines—be ready to lay out the truth about your habits.

WHERE There are only eight people in the world trained to do this facial, designed by French “epidermologist” Joëlle Ciocco, and LAC + BEAUTY in Toronto has two of them.

WEIRD BUT WORKS After a forceful (not painful) facial massage that focuses on specific areas of need, the facialist inserts her thumbs in your mouth and continues massaging. This is called the “buccal technique” and is meant to firm and tone facial skin like you would your arms or abs. (Botched fillers can also be evened out this way.)

INSTANT EFFECT Expect to feel stress relief. We often hold tension in the jawline and under cheeks.

DAYS LATER Plumper skin that lasts for a week post-treatment; longer-term benefits include improved circulation and radiance. ($600 for 2.5 hours), at joelle-ciocco.com.

When you want a facelift but aren’t ready to commit

An eight-point approach to injecting dermal fillers developed by Dr. Mauricio de Maio, a plastic surgeon based in São Paulo, Brazil, this treatment is meant to mimic the results of a facelift sans scalpel.

WHERE The Thermae skincare clinic in Calgary, as well as other Canadian and international locations. Registered doctors and nurses can train in the technique with de Maio.

PRODUCT ROLL CALL A hyaluronic-acid injectable like Juvéderm. WEIRD BUT WORKS The eight points devised by de Maio fall along the cheekbones, the hollows under the eyes, the nasolabial folds, the jawline and the mouth. Injections in specific areas can create a “tenting” effect in others. For instance, an injection in the upper cheek area (it’s usually the first place to inject, says Hannah Arcega, a registered nurse and owner of Thermae, who was taught by de Maio) helps lift and pull skin up, up and away from the nasolabial folds (the smile lines that linger when you’re in RBF). The method favours a conservative approach by using a small amount of filler.

INSTANT EFFECT Results are immediate. Some swelling and redness at the injection site is normal.

DAYS LATER The filler should last from 12 to 18 months. (Prices vary), thermae.ca.