Everything you need to know about freckles

Here's to our favourite summer accessory: the freckle. 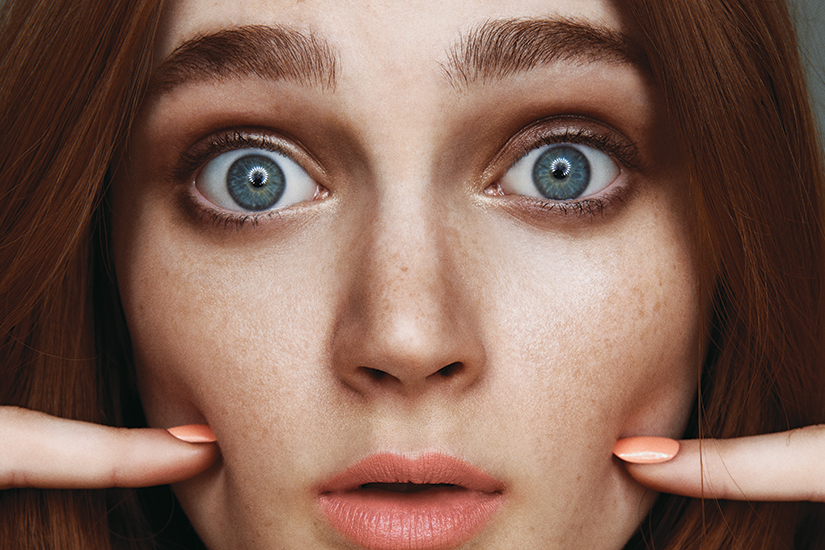 Fashion’s love affair with freckles never ends. It all started back at Paul Smith’s spring/summer 2014 show, makeup artists mapped a constellation of faux dots across models’ cheeks and noses. “The inspiration was a portrait of a very fresh, natural and tanned young Jane Birkin,” explains Petros Petrohilos, a London-based makeup artist who designed the look using a M.A.C brow pencil in Lingering for “a sheer freckle” and another in Coffee for “a more precise dot.” Meanwhile, H&M’s sister brand, & Other Stories, launched a freckle makeup pencil for those who would like to custom create some of their own.

A fondness for freckles has been a bit of an insider obsession for some time. Nearly 50 years ago, legendary editor Diana Vreeland wrote a missive to her Vogue team after seeing the summer-issue layout: “I am extremely disappointed that no one has taken the slightest interest in freckles on the models. I heartily suggest that we get going as soon as possible on this delicious coquetry.” She made a good point. While age spots signify, well, age, freckles speak to youth and playfulness. Dots on dots on dots evoke a carefree nostalgia. Freckles say “I’m fun! I have enviable leisure time! I’m the friend who brings margaritas!”

Silver-screen stars like Ann-Margret, Molly Ringwald and Julianne Moore wouldn’t be nearly as memorable sans speckles. Try to hide them and it rings inauthentic or fake. Just ask Lindsay Lohan, who allegedly caked on concealer (while exposing everything else) on the steamy set of The Canyons to try to distance herself from her freckly Parent Trap beginnings. (It was a #fail.) And then there are the stars of the music and modelling worlds – like Sade, Twiggy, Gisele and Kate Moss – whose signature freckles helped put them on the map.

Spot-on
Also known as an ephelis, a freckle is a collection of melanin in the top layer of the skin. Unlike moles, which can be present at birth, freckles develop over time as a result of sun exposure and genetic predisposition. “They are more prominent in summer because the melanocytes in freckles produce more pigment in response to sun exposure,” says Dr. Jason Rivers, a Vancouver-based dermatologist. If you want to make sure that all your freckles are of the coquettish variety rather than something to be concerned about, start by looking at whether they match. “Freckles that look very similar to their neighbours are harmless,” says Rivers. “In fact, true freckles are not known to develop into skin cancer.” Dr. Julia Carroll, a Toronto-based dermatologist, agrees. If one spot looks out of step with the others, get it checked. “It’s all about assessing with the A, B, C, D, E method,” she says. “If it’s Asymmetrical, if the Border is irregular, if the Colour changes, if the Diameter is larger than a pencil Eraser – these are all red flags that shouldn’t be ignored.”

Connect the dots
Work the natural-beauty angle and keep make-up light. “You should never try to cover up your freckles,” says Petros Petrohilos, a London-based makeup artist. “Your foundation will appear too heavy. Freckles add an element of youthfulness.” Opt for a tinted moisturizer that matches your skin tone – not your freckle colour – for the most natural look. Alexis Comforti, global makeup artist for Laura Mercier, complements freckles by using “soft, neutral tones of pink and peach on the lips and cheeks.”

READ-MORE:
How to prevent Kanye West’s orange sheet problem
Can you drink your way to glowing skin?
Skincare products to help your butt look awesome