The first face of Clinique talks skincare, her new puppy and life after Game of Thrones. 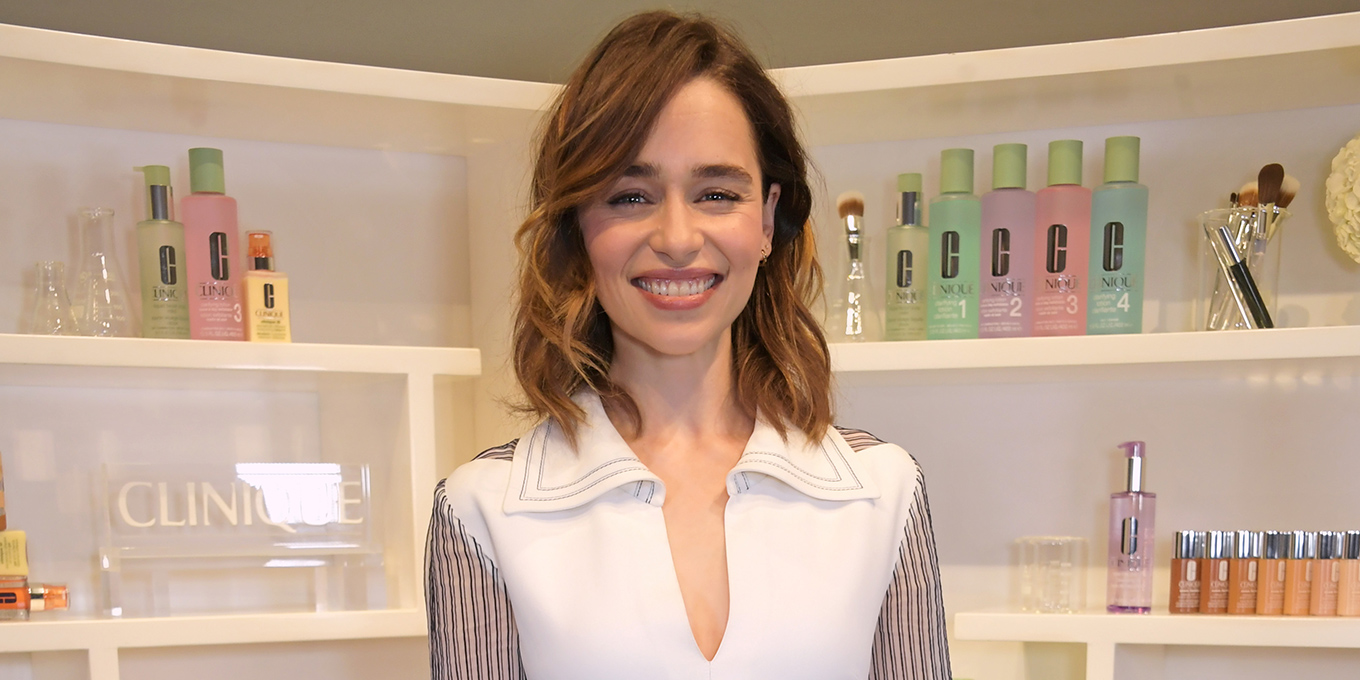 Daenerys may have been Khaleesi, Mother of Dragons, but post-Game of Thrones, actor Emilia Clarke is now queen of skincare.

Last week, Clarke was announced as Clinique’s first-ever global brand ambassador – a milestone for the company, who have never officially made a celebrity the face of their brand, until now.

“Clinique is such a universal, timeless brand that’s incredibly trusted,” Clarke tells us when we reach her by phone in London, England. “My mum used them and I know many people’s mums used them, and yet a full generation on [they’re] still being innovative in their work and feel fresh and modern for everyone.”

Clarke is part of Clinique’s new “#iDYourself” campaign, which allows customers to choose from 20 different product combinations based on their personal skin type and needs.

Clarke is an avid believer in moisturizing and cleansing twice a day, but has dealt with dry skin in the past, especially as a kid. “I always wanted to use the Clinique stuff that my mum had but I had to use clinical eczema cream,” Clarke explains. “And then as I got older I started to kind of discover myself, and so then when this [opportunity] came around, it was a beautiful circle.”

One thing she won’t go for? Self-tanner. Clarke had an unpleasant experience on the Game of Thrones set: while shooting season one, she used an at-home mousse so Daenerys could be tanned. After a long day on set, she thought she was simply sunburnt. But when she woke up the next morning, an unknown allergy had revealed itself.

“I looked like Hitch! My lips looked like Daffy Duck’s, you couldn’t see my eyes, I had these red dots absolutely everywhere and I was sunburnt,” she tells us. “It was so bad and I had to go and film in Malta. I went on steroids which kind of calmed it down, but I literally won’t go near any kind of tanning products now.”

As far as luxurious skincare experiences go, Clarke is a big fan of facials. “If I’m just at home, I’ll do an at-home facial,” she says. “I’ll get a lovely sheet mask or overnight mask and just nestle in.” 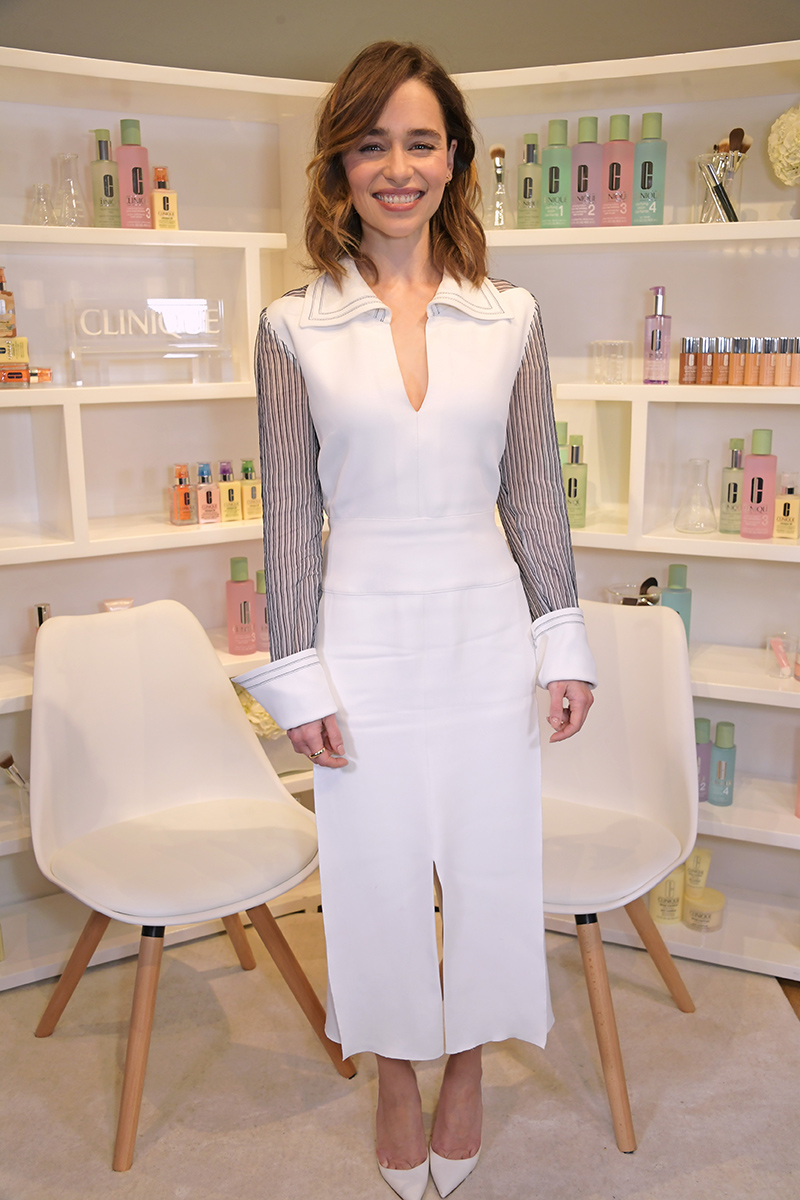 Clarke at a Clinique event in London, England in January 2020.

Despite Game of Thrones finishing its nine-season run last year,  Clarke is unlikely to have much more time for masking. She says it was bittersweet leaving that chapter of her life behind, but she’s ready to explore other avenues in the entertainment industry – one being the start of her production company.

“I’m going to be following things that are as different as possible from one another, and working with as many auteurs and filmmakers I admire and respect as possible,” she tells us. “Just trying to have as many experiences as I can.”

Another new experience for Clarke: dog-owner. She announced on Instagram that she adopted a miniature longhaired dachshund puppy, Ted. “Ted came home with me last Sunday and I have never felt love like that,” she tells us. “He is the prettiest, cutest, most perfect creature in the entire world.”

He just can’t stop. He physically.cannot.stop being the MOST BEAUTIFUL PUPPY IN THE ENTIRE WORLD. 😎 Erryone meet Ted. Super Ted. My new main squeeze. Light of my goddamn life. Ready to fill this instagram feed to bursting whilst still being able to leave room in a teacup. #goodbyesleepgoodbyecarpetsgoodbyeslippershellopoop #coshesworthit #🥰 #❤️#🕺 #🐶

Self-care is a priority for Clarke. “In my experience, the secret to a beautiful life is a work-life balance,” she tells us.  “If you need to go out and get really drunk with your friends and sweaty in a club…If you need to go to sleep early, have a hot bath and read a good book, then that’s what you need to do. [Doing] the things that are for you completely, whatever that might be that gives you joy – whatever makes you feel nurtured and safe and taken care of, so that you can then have energy to do work – that’s what is most important.”

Robert Pattinson Is the Star of Dior Parfum’s Latest Campaign