Clarisonic Is Starting Over With Two New Brushes

The sonic cleansing company announced today that it will be discontinuing all current devices. 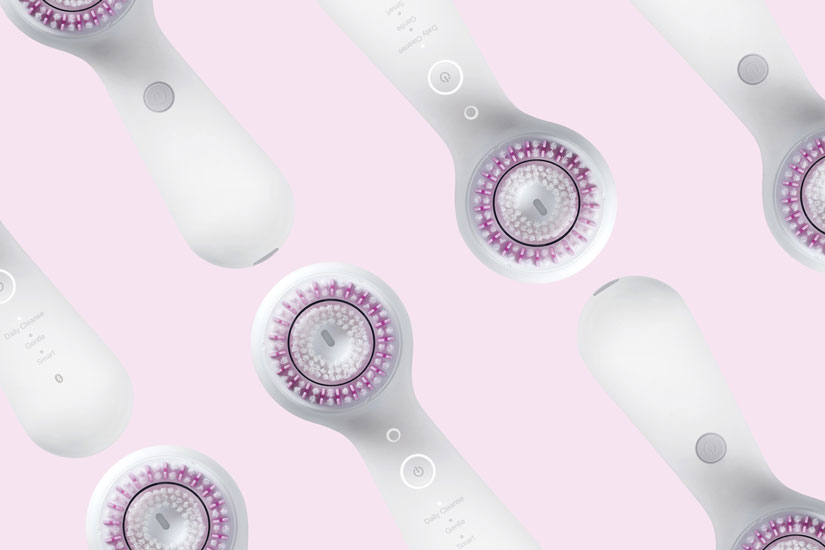 For the beauty industry, 2018 is starting to define itself as the year of the brand refresh. See: Laura Mercier, Shiseido and now, Clarisonic.

The sonic cleansing company announced today that it will be discontinuing all current devices and relaunching with only two handles—the Mia Prima, an entry-level device priced at $129, and the Mia Smart, an advanced model with the options to use brushes for firming and makeup application, in addition to cleansing, for $229. Fear not, all current brush heads will work with the new handles (though only the basic cleansing brush heads are compatible with the Mia Prima—heads that require different sonic frequencies need to be paired with the Mia Smart).

It’s a opportunity for the brand to streamline their offerings for customers (who could keep track of all the different iterations of the Mia?), but also to implement the feedback they’ve collected over the last 18 years of business.

“One of the concerns we heard was it’s over-stimulating, it seems too powerful for my skin,” says Dr. Robb Akridge, one of the inventors of the Clarisonic. (L’Oreal acquired the brand in 2011, though Dr. Robb—as he is affectionately called by pretty much everyone—stayed on with the company until February of this year. He now acts in a spokesperson capacity.) The devices will now come with a “soft start” option to help new users acclimatize. The setting lowers the strength of the device to 80% of its max power, gradually building up to full strength over two weeks of use.

Another issue was user error. For best results, the brush heads should be changed out every three months. But sometimes, says Dr. Robb, it could be years before people got around to it. To correct this, two new brush heads (“Radiance” and “Sensitive”) are outfitted with a usage window—basically, a time strip in the middle of the brush head that gradually turns red, indicating it’s time to replace the head. The new heads were also optimized for more effective cleansing, after the team made an observation about how the brush was moving dirt around on the face.

“We always talk about the brush oscillating back and forth very short distances very quickly, and we thought that when you added water, it was pushing dirt away from the brush,” explains Dr. Robb. “It does do that, but when you actually put the brush on the skin, that water is pushed down and then pulled up in the middle like a vacuum. So it’s not just moving the dirt away from the skin, it’s actually lifting it up.” To accentuate this, the brand widened the space in the centre of the bristles to create a larger vacuum, and added elastomeric fins (think: soft rubber) to help guide the dirt away.

Clarisonic also worked with Ammunition Group, the firm behind Beats By Dre, to redesign the handle of both new devices to better fit most hands. (Together, they studied over 6,000 hands from users ages 28 to 60 years old.)

The new tools will be available in Canada this September.