Are We Getting A Little Too Laissez-Faire About Injectables? 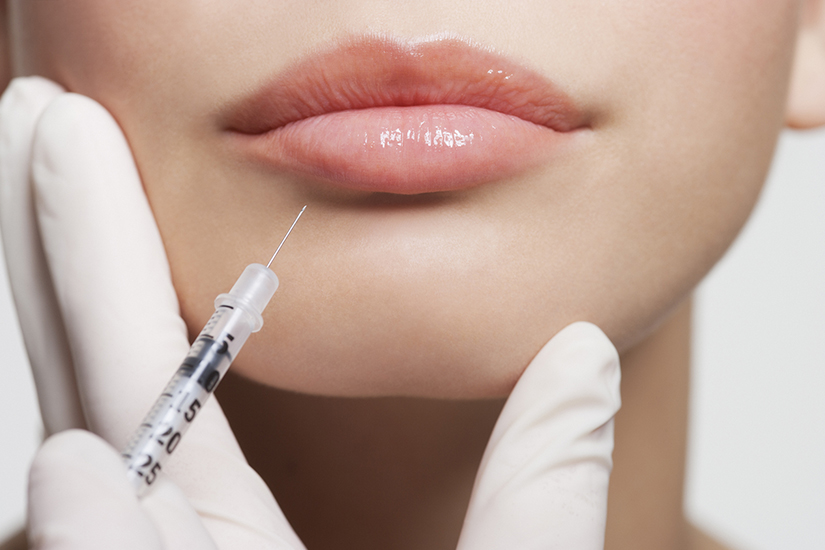 Even though I’ve been a beauty writer forever, before doing the research for this story, I’d never tried Botox, which makes me a dinosaur in more ways than one. “I have been doing this for 25 years, and over the past 10 years, the average age of a Botox user has gone down about 10 years—from 41 or 42 to 29 or 30,” Dr. Stephen Mulholland, a Toronto-based plastic surgeon, tells me. The fact that a younger generation is flocking to aesthetic tweaks is no surprise: After all, Kylie Jenner’s precocious penchant for lip plumping started at 15—inspiring the still-getting-carded demographic to consider cosmetic tinkering just another beauty choice.

Now, with the casualization of Botox and other injectables, there’s a sister trend: the rise of laid-back, millennial-friendly clinics that make going under the needle as routine and breezy as booking a blowout. At North Medical Spa, a recently minted modern medi-spa in Toronto, the vibe is more Instagram chic than coldly clinical, complete with mid-century-modern velvet sofa, candlelight and plants galore. I’m here to try “baby Botox”—subtle mini-doses of the wrinkle smoother—but step one is a first-timer consult.

Amanda Mizen, the no-nonsense founder, is on a mission to normalize treatments like Botox, but she doesn’t take it lightly. “We’ve become relaxed about how we see injections, like a blowout, but they’re still medical procedures and they’re serious,” she tells me.

As a sign of just how mainstream and readily attainable injectables have become, drugstore behemoth Shoppers Drug Mart has gotten into the game with its first stand-alone Beauty Clinic, in Oakville, Ont., where you can collect PC Optimum loyalty points while trying everything from fillers to lasers. The stateside chain Alchemy 43, dubbed “the Drybar for Botox,” takes walk-ins. And there are even mobile services that will come to you, like Calgary’s Beautox Bar, which will host an injectables “party” for three to 20 people in its pink trailer—turning medical treatments into a social occasion. But as procedures that once required a doctor’s hand become widely accessible, the old adage “Buyer beware” remains as relevant as ever.

With Botox, the risks of shoddy work include eyelid drooping (ptosis) and muscle weakness. More likely to go seriously awry is Jenner’s fix of choice: dermal fillers. “The way the artery runs through the lips, if you nick that and inject into it [known as an intravascular injection], you’re looking at necrosis [tissue death] and possibly losing your entire lip,” says Mizen. While this complication is treatable if a practitioner acts quickly, “it happens all the time with people who don’t know what they’re doing,” she cautions. In her view, the scariest procedure in the wrong hands is non-surgical rhinoplasty—a nose job using filler. “You could make someone go blind in a few minutes,” she says. It’s crucial to choose an expert who knows not only skilful techniques but also how to deal with mishaps.

In Canada, neuromodulators (like Botox, Dysport and Xeomin) and fillers (like Belotero and Juvéderm) can only be given by a licensed, authorized health-care professional who’s trained to do so—but what this means exactly varies by province. In Ontario, derms, plastic surgeons and nurse practitioners (NPs) can administer injections. (Shoppers Drug Mart Beauty Clinic, for instance, is staffed by NPs, which means that clients aren’t required to see a physician, and they don’t.) In Ontario, you can also be injected by registered nurses (RNs) and registered practical nurses (RPNs) but only if they’re acting under the direction of an authorized health-care pro such as a physician or an NP. Under B.C. law, even dentists are allowed to freeze your fine lines; in Ontario, they can use neuromodulators and fillers but only for dental procedures.

Surprisingly, what counts as sufficient training for cosmetic injections isn’t regulated, which means that some practitioners may only have taken weekend courses, says Dr. Diane Wong, owner and medical director of Glow Medi Spas in Ontario. “The commodification of medical treatments that have risks is concerning to many physicians because we don’t want these procedures to be trivialized,” she says, pointing to the availability of cosmetic injections at hair salons and Botox parties (never a good idea).

It’s key to know that the risks are real and to do your due diligence on who you’re trusting with your face—whether you’re at a dermatology clinic or not. Red flags? “If you don’t see a medical director and there’s no mention of one, and if you don’t know the nurse’s credentials,” says Mizen. Likewise, avoid too-good-to-be-true deals (bargain Botox at $5/unit could be expired or watered down) and injectables done in someone’s home.

Back at North Medical for my Botox, I meet with Sandy, an RPN with a chill chairside manner who also works in a hospital post-anaesthesia-care unit. “At the hospital, who injects everybody with everything? Nurses,” he says. We spend a solid 45 minutes talking out what I should know, and then we FaceTime Dr. Colin Hong, a board-certified plastic surgeon and the off-site medical director, who approves my dosing. Finally, Sandy does the needling, and it’s just as I expected: fast (it takes two minutes) and with less discomfort than a flu shot. Within a week and a half, I’m pleased to see the fine lines that were starting to etch my forehead are MIA but “the work” isn’t obvious. No one, not even my husband, seems to clock the change.

With the casualization of Botox and fillers, opting into cosmetic procedures no longer comes with a side of stigma. But ditching the taboo shouldn’t mean booking without care, like they’re no big deal. A bad blowout lasts ’til your next wash, but Botox regrets last way longer—and the difference isn’t a fine line.

The Toronto-based skin and body care brand opened the doors to its pop-up in Spain—on until July 31.