The Problem With Age-Related Compliments

Why is an age-related compliment so nice to hear when looking young is invariably just down to genes or having the money to invest in beauty? 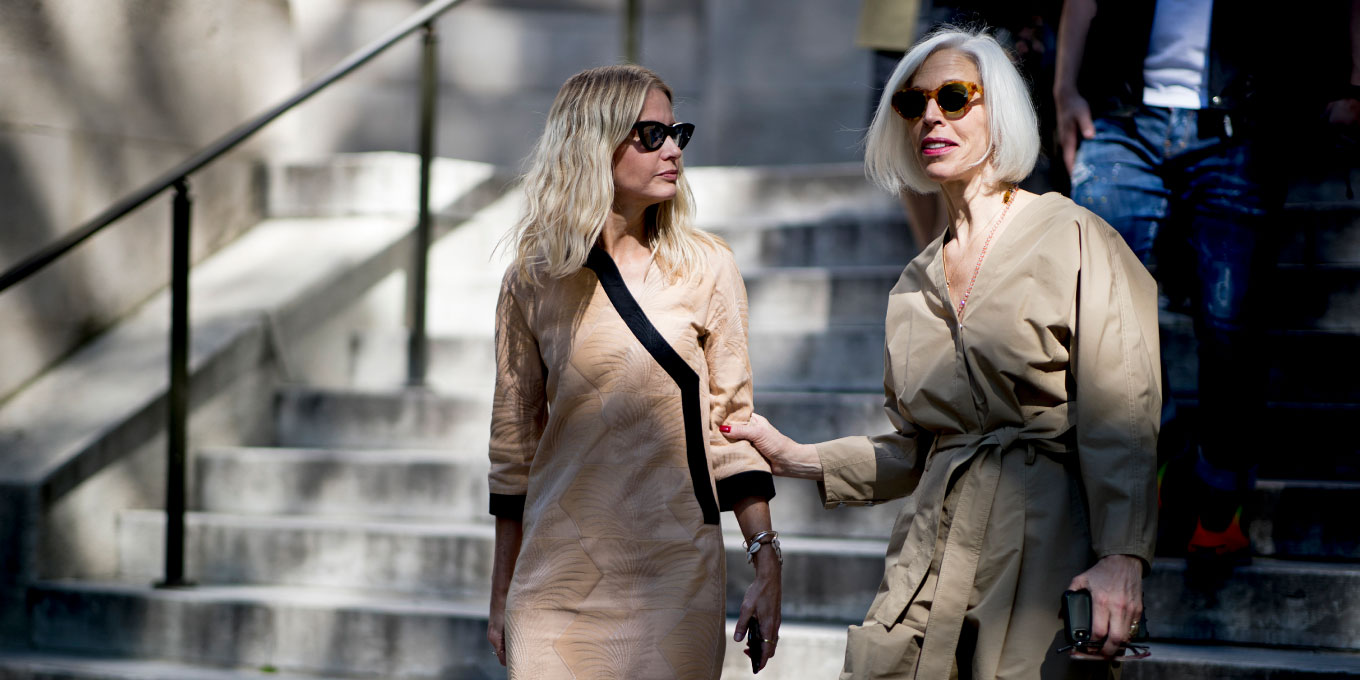 I can remember exactly when the idea of age-related compliments like “Wow, I can’t believe you’re 30” or “You really don’t look your age” started bothering me. It had always niggled, but it really began to dig in when I first encountered beauty-related Facebook pages – the kind where you post your age and a selfie and sit back as the hearts rack up. “I refuse to believe you are 40 – you look so young!” read one comment on a beautiful woman’s picture. I imagined the writer staring, mouth agape, amazed by the notion that a 40-year-old could leave the house at all, much less manage to look attractive.

Perhaps it’s because I rarely hear those comments myself – I’ve always looked my age. When I went underage drinking, I’d be on my third Bacardi Breezer and fourth cigarette while my friends were still arguing with the bouncers over their fake birthdates. In my 30s (I’m 40 now), I would have to placate people as they gave awkward apologies for having assumed I was older. But it isn’t all about my neuroses; it’s because, for one thing, the compliment is meaningless and, for another, it reinforces the notion that being young is more attractive than being old. It’s not even always well intentioned or well received – surely a key feature of a great compliment – since saying “You look young” is sometimes a way of undermining someone’s authority.

“How do we feel about ourselves and our looks when we remember that Sandra Bullock is 55 years old and Charlize Theron is 44?”

Age is one of the few things we can never change, but the perception of it isn’t clear-cut. When we first meet a person, we try to figure out their age using various cues. “There are the obvious factors like hair colour and wrinkles,” says Candace Konnert, a psychology professor at the University of Calgary. The link between grey hair and age is so strong that when Keanu Reeves was first pictured with his girlfriend, Alexandra Grant, last year, people initially thought it was Helen Mirren, who, at 74, is almost 30 years older than Grant. (Or perhaps it was because grey hair is such an oddity in Hollywood.) “There are also age-graded normative expectations for men and women, such as the clothes that older men and women are ‘supposed’ to wear and the activities that they engage in,” says Konnert, who mentions curling as a sport we associate with older people and fashion-forward clothes being seen as for the young.

However, there’s no heavenly committee that rubber-stamps a photo, declaring “This is what 35 looks like and all 35-year- olds must be benchmarked thus.” We each have a different picture of what an age looks like, and it changes throughout the course of our lives – a 20-year-old’s vision of what 60 looks like is very different from a 55-year-old’s. The standard shifts as society changes too – today’s pensioners were hippies in the ’60s. Then there’s the common phenomenon where we feel younger than our chronological age. “It’s called the ‘subjective self-age’ – ‘I have lived X number of years, but I don’t feel like an older person yet,’” says Alison Chasteen, a psychology professor at the University of Toronto. Studies around this suggest that until we’re about 25, “felt” age and actual age are roughly the same. After that, we begin to feel about 20 percent younger than our chronological age – so a 40-year-old might feel 32.

Why is an age-related compliment so nice to hear when looking young is invariably just down to genes or having the money to invest in beauty? There’s some truth in the idea that younger people are better looking than older ones. Dr. Shannon Humphrey, a Vancouver-based cosmetic dermatologist, explains that being physically attractive is a signal of reproductive fitness to a potential mate. Many of the conventional signs of attractiveness, such as clear skin or full lips, overlap with being young, but, Humphrey points out, they’re not exclusively features of youth, and, besides, there’s far more to beauty than good looks.

Our fetishization of youth has gotten more extreme too, and the beauty industry and social media play a part in that. “Instagram filters and plastic surgery present ideals that are not natural or don’t occur in nature,” says Humphrey, who is moving away from the term “anti-aging” in favour of more age-positive language in her practice, Carruthers & Humphrey. “Over the past few generations, I think popular media and social media have really shifted this concept of anti-aging and age defiance to the extreme by glorifying celebs who ‘don’t age,’ putting those people, particularly women, on a pedestal.” We all know examples of this: How do we feel about ourselves and our looks when we remember that Sandra Bullock is 55 years old and Charlize Theron is 44?

The most famous quote about age-related compliments comes from feminist writer Gloria Steinem, who on being told “You don’t look 40” at her 40th-birthday party, replied, “This is what 40 looks like – we’ve been lying so long, who would know?” While it might seem graceless to reject a compliment that’s well intended, perhaps it’s time we put some more thought into what we’re really hearing and saying.

A great compliment can be about appearance or accomplishments, but it’s not qualified or backhanded, it doesn’t put others down and it doesn’t reinforce social norms that are inherently wrong. Next time you’re tempted to tell someone they look young, stop and instead tell them that they look great, you love their yellow shoes, you knew they’d get that MacArthur “genius grant” or you admire their relentless commitment to smashing the patriarchy.

Olay Will Stop Retouching Skin in Their Ad Campaigns