When a public lecture by top U.S. banker Ben Bernanke generates more buzz than a lunch date with Anna Wintour, you know you’re definitely not hanging out with a fashion crowd. And that’s exactly why Elettra Wiedemann loves being a student at The London School of Economics, where the Lancôme spokesmodel is completing a master’s degree in bio medicine.“For the longest time, no one knew about my modelling,” says Wiedemann. “One day, someone saw me on the back of a magazine and said, ‘Whoa! Is this you?’ I replied, ‘Yes,’ and he mumbled, ‘Oh, that’s why you’re not here on week- ends.’ People didn’t care, which was refreshing.”

It also took Wiedemann’s fellow students some time to clue into her connection to Hollywood icons Ingrid Bergman (her grandmother) and Isabella Rossellini (her mother). The willowy 26-year-old says that she under- stands everyone’s fascination with her famous family but insists that her mom is “just a mom,” and her grandmother, who died before she was born, is as much a legend to her as to anyone else. “I understand the myth of celebrity, but I had a backdoor view of it as a child so I see through the veil,” she adds. It’s an informed view that keeps her grounded in a world that even she admits seems like a glamorous dream most days. Though her mother and father were both models, Wiedemann is still “flabbergasted” that she’s making a living in front of the camera. When she was 12, she was diagnosed with scoliosis and fitted with a body brace that she wore up to 23 hours a day until she was 17. “I was such a tomboy,” she recalls. “When you grow up with a back brace and braces on your teeth, you don’t think you’re model material.”

Bruce Weber felt differently, however. In 2003, the famed photographer asked the then 18-year-old to appear in an Abercrombie & Fitch campaign. Wiedemann, who was studying international relations at the New School in New York, had just applied to be an intern at the United Nations when Weber approached her. She decided to put the UN on hold and capitalize on what she called “the spawn-of-celebrity-model trend.” “I thought it would amount to one or two jobs, but it hasn’t stopped,” she says. In 2006, Wiedemann signed a contract with Lancôme—the same company her mother had worked with for 14 years until she was deemed “past her prime.” As Wiedemann understands it, Lancôme didn’t know that she was Rossellini’s daughter when they first thought of her. Drawn to her fair skin, brown hair and almond- shaped eyes, the company felt that she would appeal to the Asian market. “I thought it was a joke when my agent called me,” recalls Wiedemann. “It’s one of those times when you say ‘I just have to do it!’” With her mother’s encouragement, she accepted the offer and is now the face of Lancôme’s Blanc Expert, Hydra Zen Neurocalm, the past two spring makeup collections and, most recently, the fragrance Trésor in Love. To stay trim, Wiedemann sticks to a vegetarian diet and runs five to six times a week. She credits her father’s side of the family for her “love of phys- ical torture.” “My dad isn’t concerned about the fashion world,” she says, laughing. “He’s more focused on getting his Ironman time down to nine hours and 40 minutes.”

Elettra talks about the future and aging on the next page …

Check out photos of Elettra from our fashion and cover shoot

On the subject of aging, Wiedemann says that she’s inspired by the “less is more” approach that her mother and paternal grandmother have chosen. “My mother has al- ways been comfortable with how she looks, whether she’s 30 or 60, and my grandmother has this amazing ancient face that is full of smile lines.”

When Wiedemann’s modelling days are over, her goal is to work with innovative energy technology companies and continue her humanitarian work. In 2008, she and her boyfriend, James Marshall, launched
JustOneFrickinDay.com to raise funds to build a solar-powered hospital in Burundi, Africa. This fall, they will launch another energy-related project in Haiti. For now, she’ll concentrate on finishing her thesis on vertical farming, and then she hopes to go backpacking in Asia. “I tend to push myself too hard; it’s time to chill out and stop chasing the rabbit.”

The rabbit? “My mother always told me that modelling and Hollywood are like the rabbits at the greyhound track,” explains Wiedemann. “No matter how fast you run, or how hard you train, the rabbit is always going to go faster than the dogs. You need to figure out a speed you’re comfortable with and let go of the rabbit. It’s just a machine, and it will always be able to go harder. It’s a good piece of advice about life in general, and it’s one that I remind myself of every day.” 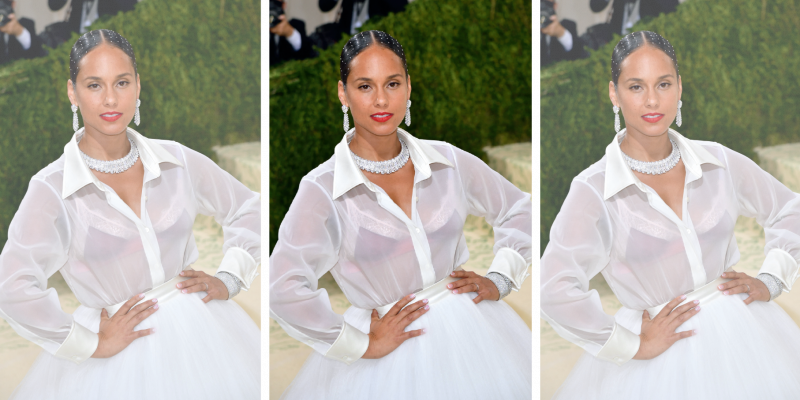