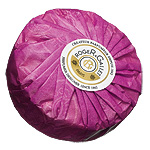 Roger & Gallet, the French purveyor of natural beauty soaps and fragrances, has been pampering royals and civilians alike for more than 200 years. Now, the brand — a favourite of Queen Victoria and Napoleon Bonaparte — is embarking on an aggressive plan to modernize its image. In October, Roger & Gallet debuted a shop inside Montreal’s Ogilvy department store; by the end of next year, it will open 15 more stores across the United States, Asia and Europe, including a flagship boutique in Paris. The products are getting an update too, with new packaging — created by French designer Martin Szekely — and the addition of two new scents, Citron and Rose.

It’s all part of a strategy to make the brand more contemporary while still respecting its rich heritage, says Thierry Vidart, international marketing director for Roger & Gallet. “What distinguishes us is that we have a real perfumer’s tradition,” he says. In 1806, Jean-Marie Farina — a descendant of the inventor of eau de cologne — inherited the recipe for what would become the first Roger & Gallet fragrance; it is named after Farina himself, and the company still sells it today. (Napoleon not only wore it into battle but also ingested it in the quantity of 60 bottles a month.) Brothers-in-law Armand Roger and Charles Gallet inherited the business in 1862 and added dozens of scents and several new inventions, including the world’s first liquid soap.

Today, with a product offering that includes everything from shower gels to shampoos, the company’s goal is to bring a touch of indulgence to everyday life — even if you don’t have a pedigree. “Luxury is no longer reserved for a happy few,” says Vidart. “Consumers today are focused on the idea of pleasure, sensuality and refinement on an everyday basis — a kind of daily luxury. When you use Roger & Gallet, you are taking part in the French lifestyle.”