The D-list: Are you vitamin D deficient?

Vitamin D deficient? Get in line and learn how to get your fix! 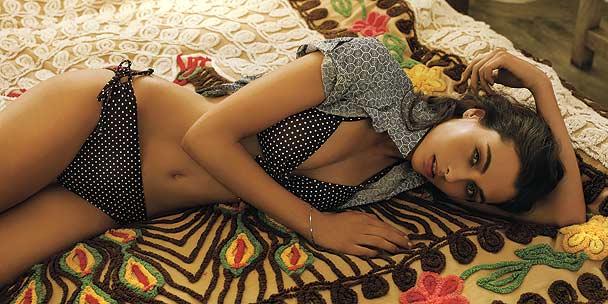 My Dilemma
Lately, vitamin D has been getting more buzz than Betty White. It’s scientifically linked to everything from preventing cancer to boosting mood during the winter months to activating the immune system. Intrigued, I made a trip to Dr. Carrie Watkins, a naturopath based in Toronto, to find out if I was getting enough of the vitamin. I provided a blood sample that was sent to a lab for analysis and, one week later, got my not-so-magic number: 57 nmol/L. (That placed me squarely in the “insufficient” range.) According to Anthony Norman, a professor of biochemistry and biomedical sciences at the University of California, Riverside, I’m not alone. In a recent issue of Endocrine Today, Norman said that half of North Americans don’t get enough vitamin D. To reach a healthy range of 75 to 250 nmol/L, Watkins and I created a plan of attack for me. In six months, she’ll test my levels again.

RICH GIRL
Rx Eat vitamin-D-rich foods more often.
How it works Dining on fatty fish, such as wild salmon and mackerel, will boost vitamin D levels, as will drinking milk and eating more eggs. Better still, I can whip up an omelette and throw in some mushrooms (the only vegetable that contains vitamin D). Because these foods contain limited amounts of the vitamin, diet alone isn’t enough.

SUNSHINE STATE
Rx Get more sun exposure.
How it works Our bodies make vitamin D when sunlight hits our skin. That’s easy enough during the summer months (spending about 15 minutes outdoors each day sans sunscreen produces all that we need), but our long, dark winters pose a problem. My dermatologist recommends that, regardless of the season, I turn to a supplement rather than the sun for my vitamin D needs. “I tell all my patients to avoid increasing their sun exposure because UV rays are the prime cause of skin cancer,” says Dr. Sandy Skotnicki-Grant, a dermatologist based in Toronto.

More ways to get vitamin D on the next page…

SUPPORT SYSTEM
Rx Take supplements.
How it works Watkins recommends that I immediately start taking 2,000 IU of vitamin D supplements each day. (I’ve always had issues swallowing capsules, so I’m stocking up on vitamin D drops.) She tells me to look for vitamin D³. “Vitamin D² used to be more common, but it comes from plants and fungi and isn’t equivalent to the active form produced by the human body, which is vitamin D³,” she explains. Watkins suggests mixing it into a spoonful of applesauce or honey. I consider it a pre-emptive strike against flu season: According to a study published earlier this year, researchers at Greenwich Hospital and the Yale University School of Medicine found that participants with healthier vitamin D levels were less likely to develop respiratory- tract infections. Of those who did get sick, those with more vitamin D felt better sooner.

ACTION FIGURE
Rx Do aerobic exercise.
How it works “People who often engage in aerobic activity burn fat and liberate stored vitamin D from that fat, raising their levels,” says Dr. James Dowd, an associate professor of medicine at Michigan State University and author of The Vitamin D Cure. “The more intense the exercise, the higher the vitamin D levels tend to be,” says Dowd. My fitness strategy: a mix of spin classes, power yoga and running, so that I’ll be sure to reach 50 to 65 percent of my maximum heart rate and be in the fat-burning zone.

Exfiolate with the best scrubs on the market