Think of sun-drenched destinations like the Caribbean or Mexico as skin cancer hotbeds? Think again. Protection against the sun has never been so important to your skin. 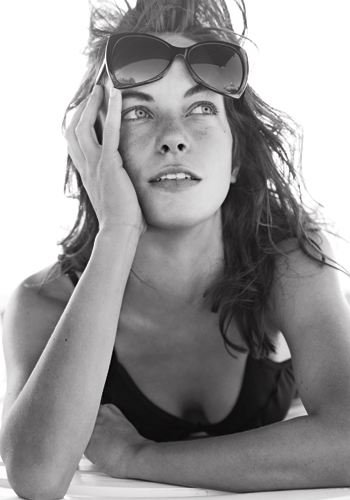 Summer has arrived, so pack up those tights, turtlenecks and toques – it’s time for skin to make an appearance. However, somewhere between slipping into a sun dress and lacing up a pair of gladiator sandals, we catch a glimpse of ourselves in the mirror and are reminded of the past winter months we’ve spent covered up. The
bronzed skin that we had acquired last summer is now not as much golden marshmallow as it is bleached paper. But attributing a healthy glow to having a tan is no longer a safe bet. Letting loose and soaking up the sun’s warm rays, as we all know, is incredibly harmful to our skin — even in the few short months of summer that Canada gets.

Some shocking facts: Skin cancer is Canada’s most common form of cancer, and is expected to account for more than 85,000 cases of cancer diagnosed in Canada in 2012. And it’s not just from shedding clothes in the summer. With snow reflecting up to 80 per cent of all UV rays, the idea that our snowy winters somehow protect us is nothing more than a deceiving misnomer.

Melanoma is the rarest and most deadly form of skin cancer, known for its aggressive nature, its resistance to treatment and its growing occurrence in young adults. Despite being regarded as largely preventable – 90 per cent of melanoma cases being a direct result of overexposure to UV light – melanoma continues to report a steady rise in Canada since 1992. It’s actually one of few cancers to show this trend.

SUMMER SKIN CARE: DO WE LOVE THE SUN TOO MUCH?

“In Canada, the occurrence of melanoma has more than tripled over the past 30 years and in the past five years alone the incidence of melanoma has grown from 4,600 cases to a projected 5,800 in 2012,” says Annette Cyr, chair of the Melanoma Network of Canada. "We need to stop thinking that a good fry on the beach is the perfect way to escape winter. A tan is almost seen as a symbol of affluence; of having the means to be able to travel somewhere hot."

A study conducted by the Mayo Clinic from January 1, 1970 to December 31, 2009 found that in adults, ages 18 to 39, the incidence of melanoma increased by eightfold among young women and fourfold among young men throughout the study’s 39 years. "Melanoma is the second most common cancer in 15 to 34 year olds, and is one of the few cancers to actually affect the young adult demographic," Cyr states. "And yet, we continue to see a sun-worshipping behaviour in our youth. Despite a proven correlation between indoor tanning and skin cancer, there is still a desire to have bronze skin year round.”

Is that spot cancer? Find out on the next page …

It’s never been so important to know your ABCs when it comes to detecting melanoma, and more often than not, you could be the first to identify it. Just judge your spot based on this criteria:

Asymmetry. Do the two halves not match if you imagine drawing a line through the mole?

Borders. Are the edges uneven, scalloped or notched?

Colours. Is there a variety of shades (brown, red, white, blue or black)?

Diameter greater than 6mm. Is the mole the size of a pencil eraser or larger?

Evolution. Has there been a change in size, shape, color, or height? Has a new symptom developed (such as bleeding, itching or crusting)?

Characterized by the uncontrolled growth of pigment-producing cells (melanocytes), melanoma occurs in the tissues of your skin, your body’s largest organ. If the cancer remains localized, the removal and treatment are very successful; if the cancer spreads however, the mortality rate changes significantly. Responsible for 75% of all skin cancer deaths, melanoma patients have a wide-ranging scale for survival rates, based largely on when the cancer is first diagnosed.

"If detected is in the earliest stages, melanoma is curable," states Dr. Richard Langley, Professor of Medicine (Dermatology) at Dalhousie University. "If, however, it has metastasized to the brain, the five-year survival rate is approximately three or four months."

“Everyone is at risk when it comes to skin cancer, regardless of your age, gender or your skin colour," says Cyr. "The most effective ways to minimize your risk is to be sun safe, and sun aware."

Learn about the treatments on the next page …

The most significant gain we’ve seen in the fight against melanoma is the improvement in techniques used in the early diagnosis of melanoma," explains Dr. Langley. "In most cases, dermatologists can now readily diagnose melanoma at the bedside using simple clinical examination. The use of tools such as the dermatoscope allow us to see pigmentation patterns that have been highly correlated with melanoma, also resulting in earlier diagnosis."

Medical device company Verisante Technology Inc., in collaboration with the BC Cancer Agency and the University of British Columbia, has developed another tool for diagnostic use: the Verisante Aura, which is used to scan skin’s chemical composition effectively, and non-invasively.

“The Verisante Aura is a breakthrough skin cancer detection device that will help dermatologists make better biopsy decisions by assessing suspect skin lesions as cancerous or not in under a second,” says Thomas Braun, president and CEO of Verisante Technology, Inc. Dermatologists’ diligence, inventions like the Verisante Aura, and the recent passing of two American-manufactured drugs, vemurafenib and Yervoy, which are the first drugs proven to show any sort of prolonged survival for late-stage melanoma patients, are bringing light to the future of melanoma.

As Cyr summarizes it, "There is no such thing as a safe tan. A tan is our body screaming for protection from UV rays."

So instead of looking skyward for that healthy glow we all crave come summer, dust on some bronzer, and some shimmer and feel great about protecting your skin from aging and cancer.