One of Karl Lagerfeld’s final projects was a makeup collection for the masses. 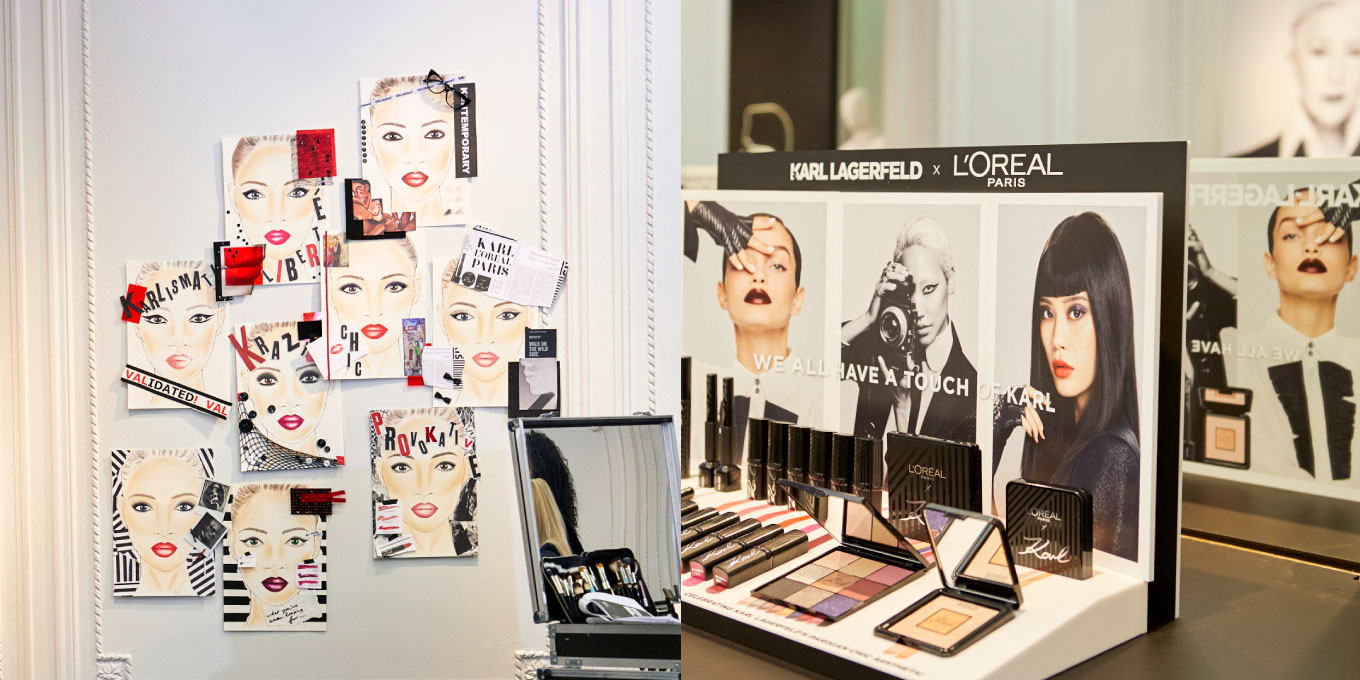 Unlike the rest of us, Karl Lagerfeld probably never looked at his calendar, tensed up with anxiety and wondered how he would get all his work done. Instead, the late German-born designer likely spritzed some Klorane dry shampoo in his hair, took a sip of Diet Coke, put on his fingerless black gloves and got on with it. In fact, he seemed to relish constantly being busy, juggling not just his regular posts – designing multiple collections a year for his own brand, Fendi and Chanel – but also frequent collaborations with the likes of Puma, Faber-Castell, H&M and even Toronto’s Art Shoppe Lofts + Condos, for which he designed the lobbies.

“I think his mind worked all day long,” says Sophie de Langlade, collections director at Karl Lagerfeld, to a room full of editors and influencers at the head office in Paris. “He never stopped working. He told me himself: ‘My life is working. My holidays are work.’” (We assume this wasn’t a complaint, just a matter-of-fact observation.) Lagerfeld worked right up until his death in February 2019 and, like Coco Chanel, was in the middle of projects at the time. One of them was a makeup collection with L’Oréal Paris, which he had his team initiate four months before he died. It was clearly a thrilling call for the cosmetics company to receive. “I went to see my team, and I was like, ‘Guys, Karl Lagerfeld just called me,’” says Zak Yopp, L’Oréal Paris’ global vice-president of makeup, recounting the day in October 2018 when Lagerfeld reached out. “Everyone was like, ‘Shut up!’”

#KARLxLOREALPARIS is now available in the US! Add a touch of #KarlLagerfeld’s iconic rock-chic aesthetic with the new #LOrealParis makeup collaboration. Singular shades and stunning textures are available now in the US exclusively at @ultabeauty💄 . . . #LorealParis #KarlLagerfeld​

L’Oréal Paris x Karl Lagerfeld, which launched in Europe in September and hit stores in North America this month, comprises 11 items intended to reinterpret the codes of Parisian beauty. “It’s elegant, chic, edgy, rock, irreverent, playful,” says Val Garland, L’Oréal Paris global makeup director. “The colours are timeless and very easy to wear, but at the same time they have a twist,” adds Yopp, referring to an aubergine lipstick tinged with blue and a silver liquid eyeliner that leans more pink.

Also included are a nine-colour eyeshadow palette, a volumizing mascara, a powder highlighter, six lipsticks and “the blackest of black” liquid liner. “I think for Karl it was just important that we got him,” says Garland, who feels a special affinity for some of the products herself. “I’m a bit of the old punk, so black liner and a red lip – that’s very close to my heart.”

Though the colours had been finalized before Lagerfeld passed away, the campaign had not. Shot over two days during the Cannes Film Festival last year, it was initially about modern icons, but in the end the black-and-white images captured Helen Mirren, Soo Joo Park and Liya Kebede, among others, dressed in Lagerfeld’s likeness as a way to honour him. Says Yopp: “We twisted the campaign to be more of a tribute to Karl, to his work and to the DNA for what he wanted to do.” 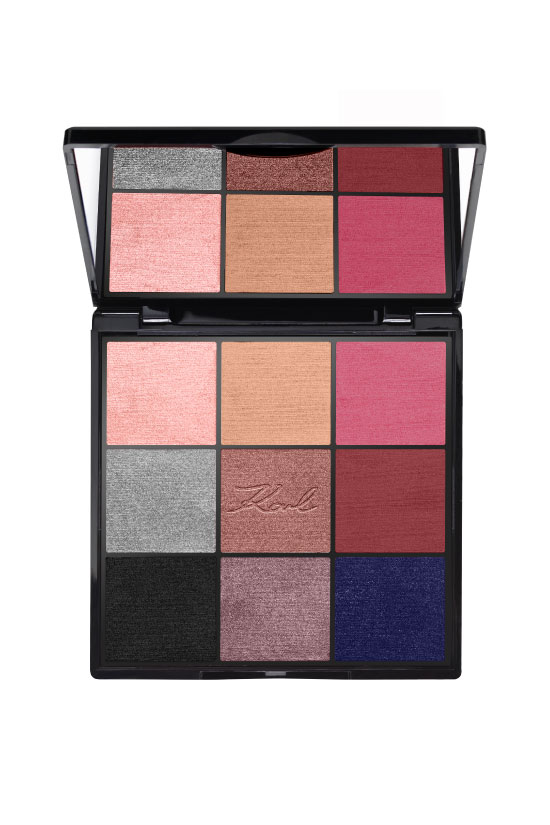 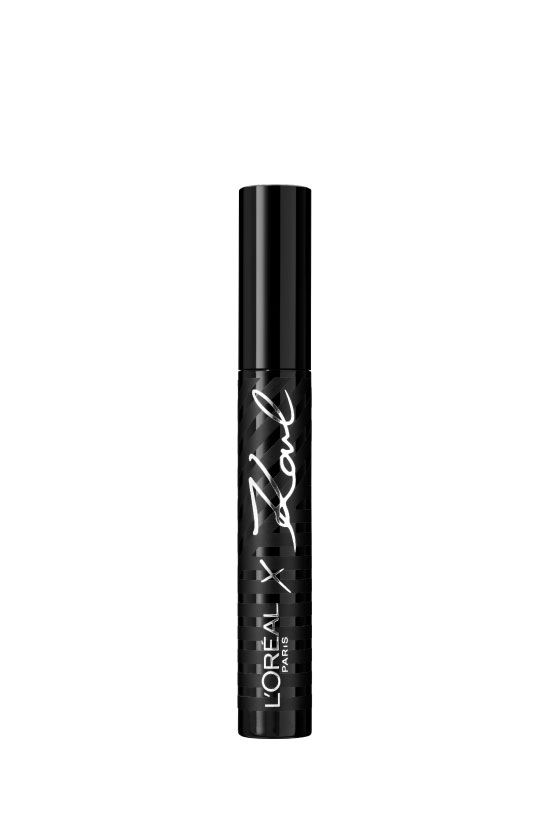 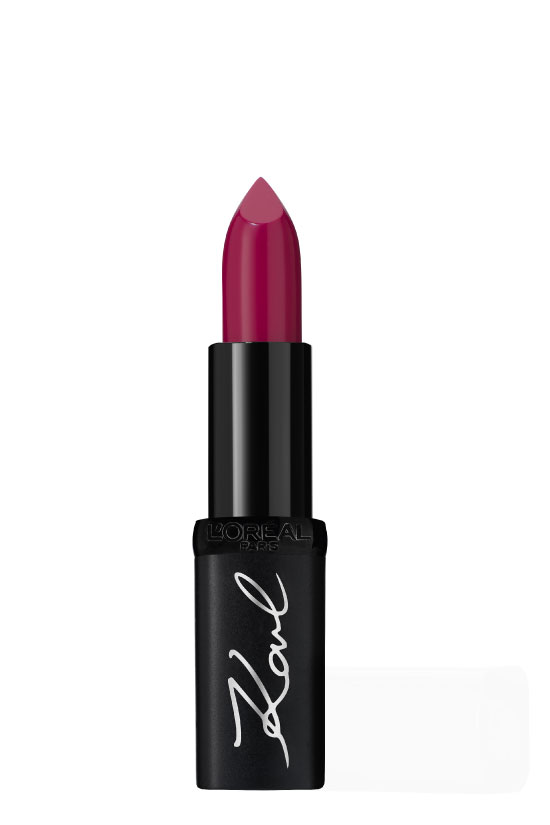 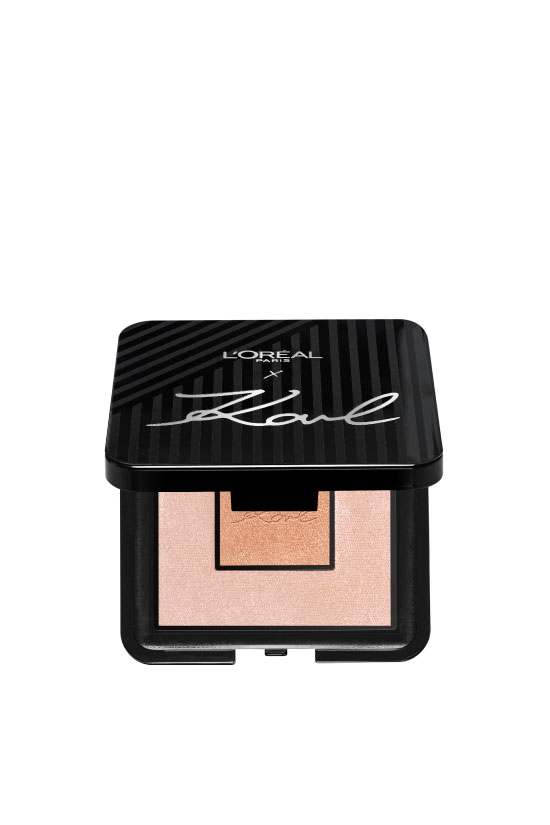 Shay Mitchell Is the Face of Cacharel’s Latest Fragrance