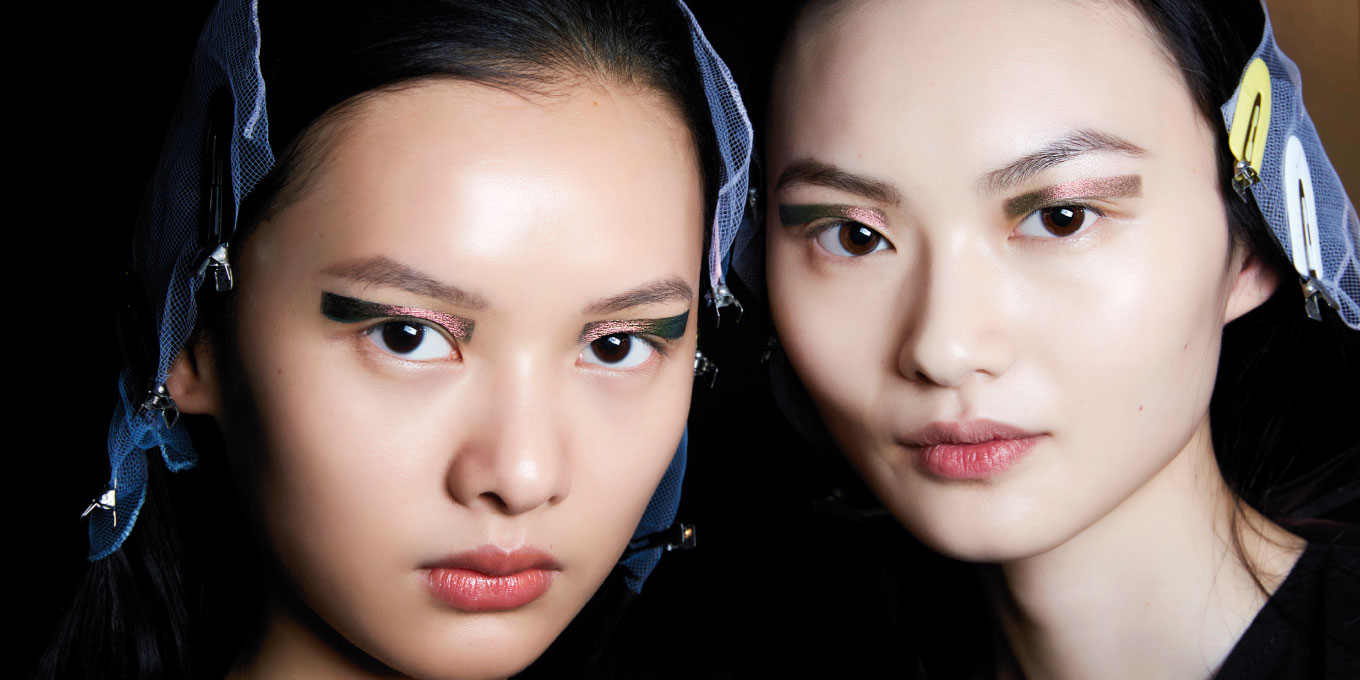 Makeup artist Pat McGrath usually packs around 87 trunks to take to the shows. Eighty-seven! This is a regular source of comfort to me. Whenever I have trouble falling asleep, I think of these suitcases arriving at baggage claim – sliding down the ramp one after another, each coming to a stop on the belt with a soft, soothing thump. Or when I need cheering up, I imagine what’s inside those bags: millions of Swarovski crystals, mad-scientist-neon pinks, crushed pure lapis lazuli from Japan. For years, on every trip she has taken, McGrath has been collecting unique pigments from around the world. “My team and I would formulate and customize recipes with exact percentages of various colours,” says McGrath, who launched Pat McGrath Labs in 2015 to share these recipes. “I would spend days making batches of these hybrid formulas to use in bulk at shows.” Back in February, backstage at the fall/winter 2020/2021 Prada show, McGrath debuted her latest power pigment: VR Sextraterrestrial, a shade-shifting eyeshadow that morphs, like an Anish Kapoor concave mirror, from shimmering fuchsia to rose gold to metallic army green.

Holographic makeup has finally grown up, thanks to McGrath and a crop of talented indie brands like Toronto’s Clionadh. Less unicorn and more wings of a butterfly, feathers of a peacock and throat of a hummingbird, these new multichromes capture the sublime iridescence found in the real world. Natural iridescence isn’t created using a million tiny different pigments but rather with “structural coloration”: microscopic variations in texture that reflect light at different angles. “Pigments create colour by absorbing certain wavelengths and bouncing back others,” says Mathias Kolle, an associate professor in MIT’s department of mechanical engineering and one of the world’s smartest scientists in the photonics field. “Structured colours don’t ‘kill’ light,” he says. “They just decide that different colours go in different directions.” I mailed a sample of VR Sextraterrestrial to Kolle to get his take. (Like with many of the world’s most famous pigments – Yves Klein Blue, Vantablack – you have to see it in real life to get the full effect. A photo doesn’t do it justice.) “I don’t know why they call it a trichrome,” Kolle says on a Zoom call while pointing a flashlight at the sheets of VR Sextraterrestrial swatches he’s made. “See? I can get it to blue. Then green, yellow. And then, see the red and the pink?”

WINGED WONDER ⚡⚡⚡ Adorn eyes in fiercely multidimensional chromatic shine with this aliengelic arrangement. There’s only one rule: BLOOM WITHOUT CAUTION. ⚡⚡⚡Mothership VII: Divine Rose II is available NOW at PATMcGRATH.COM #PMGHowTo — Prep the eyes by blending a light amount of Sublime Perfection Concealer in ‘LIGHT 5’ across the lids with a blending brush — Use a liner brush dampened with Mehron Mixing Liquid to emphasize the socket & crease with ‘VR SEXTRETERRESTRIAL’ pigment — Extend the pigment outwards to create a wing — Line the lash line with ‘VR SEXTRETERRESTRIAL’ pigment using a liner brush dampened with Mehron Mixing liquid & extend outwards into a wing — Add depth to the lash line with Perma Precision Liquid Eyeliner & extend into a wing — Apply Dark Star Mascara & false lashes

That’s five shades! It’s a pentachrome! And more good news from Kolle: McGrath’s colour-shifting effect, just like that of a butterfly wing, comes from structural coloration. As to why I (along with most of the internet) can’t capture multichromes in a photograph? Photonic structures require movement, a shift in the environment, to reveal their beauty. “You need dynamics,” says Kolle. “You either need to move the viewer, the light source or the pigment.”

And that’s it. That’s why I love iridescence so much. It requires interaction. It needs motion. It needs the chaos of the real world. To see the rainbow, we literally have to change the way we look at the world. When we see these eyeshadows in person – gleaming on our own lids or shining bright on the eyes of a friend whom we haven’t seen in months – we must tilt our head. We change our perspective. We want to see more. We want to see what’s next. 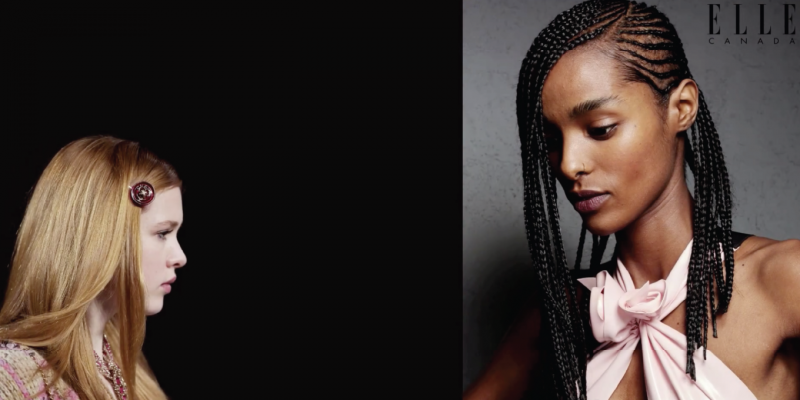