Priscilla Ono is the global makeup artist for Fenty Beauty, and the woman behind some of our favourite makeup looks on Rihanna. Here, she charts her path to success and shares tips on how to create fall's biggest beauty trends. 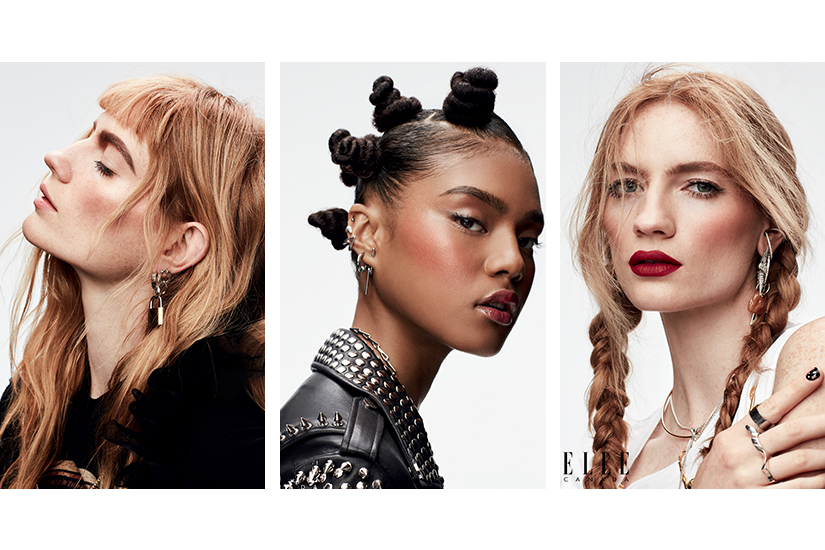 “I started doing makeup for music videos when I was 19 years old; they are what inspired me to be a makeup artist in the first place. Growing up in the late ’90s, early 2000s, we didn’t have YouTube. I got all my inspiration from music videos.

I met Rihanna on set for the S&M music video. I was doing makeup for the extras and she just came up to me and was like, ‘Oh my god, you’re so cool, I love your style, I love your makeup.’ She was just so down to earth and complimenting me and I was just shook – like, she’s talking to me? She asked me if I wanted to be in the music video, so I’m in the S&M video with blonde spike-y hair.

After that, we just became friends. We kept in touch and would always bump into each other. She hired me to do makeup for photoshoots that she would direct, but I never actually got to do her makeup.

Then three years ago, I heard that she was coming out with a makeup line. I contacted her creative director and said if there’s anything I could do to help I would love to, because I just 100 percent believe in Rihanna. They hit me back and said they were looking for a global makeup artist, did I want to try out?

Three thousand makeup artists flew in from all over the world to try out. They cut it down to 30. Then we did three days of intense testing: Can you speak well in front of a camera? Can you do makeup for a runway in 30 minutes? Can you come up with your own commercial? It was really intense.

Then there were three finalists. Two months later, Rihanna came to a studio and one by one we went in and did her makeup and she judged us on that. It was the first time I had ever really done her makeup, so I was super nervous. But as I was doing the makeup, she was loving it and I could tell, so that was giving me a lot of confidence. I was on cloud nine. I just remember going home that night in the Uber and bursting into happy tears. I thought, even if I don’t make it, I’m still happy because she loved what I did today.

For the first look on Rihanna, we had to follow guidelines that she had: we had to use Fenty Beauty, which was a challenge because it hadn’t come out yet, so we had never played with it before. We had to colour match her and do her signature eyeliner and red lip.

Then we did a “do you,” essentially, any look that we really loved. I did a smokey eye and a 3-D lip: dark lip liner with a nude lipstick on the inside. She really loved it. I remember telling my husband, ‘I don’t want to sleep tonight, because I don’t want stop thinking about this moment.’

About a month later I got the confirmation that I was chosen to be the global artist. They called me to go on set for one of her campaigns. She wasn’t supposed to be in the campaign, just models, but she decided last minute  she wanted to be in it and that she wanted me to do her makeup.

It was my second time ever doing a major campaign. It was for Mattemoiselle and Moroccan Spice. We were in Palm Springs, it was 120 degrees, people were dropping like flies; they were having heat stroke and there were paramedics everywhere. It was intense, but I didn’t care because I got to do her makeup for these major campaigns.

After that, just started requesting me to do her makeup for even things outside of Fenty Beauty: on her clothing line, on [her lingerie line] Savage and her personal events, which is great because I really get to know her and her taste so I can represent the brand the best way I can, because I see what she likes.

Rihanna has a pointed Cupid’s bow, but she doesn’t like to accentuate it. That was something that she really loved when I first did her makeup at the try-outs, I drew her lips more round.

You don’t always have to do a perfect lip. When Rihanna wears bright colours, she actually takes her fingers and smudges around the lip after we apply the lip colour. Sometimes I’ll just take a Q-tip and do that. It creates this faded effect around the lip line that looks really good without being super perfect.

I use the actual applicator to apply it; Stunna in Uncensored has a really unique brush that Rihanna designed. When you flip it upside down, you can line your lips with it. Even our Mattemoiselle lipsticks are designed the same way [to be used as a liner].

I think that Rihanna is a makeup artist in her own right. She’s been doing this for years. She’s really good at doing her own makeup and she wanted to create products that were easy for people to use because she knows how it is.”

A version of this article originally appeared in the October 2019 issue of ELLE Canada.