Glitter had a moment at the SAG Awards 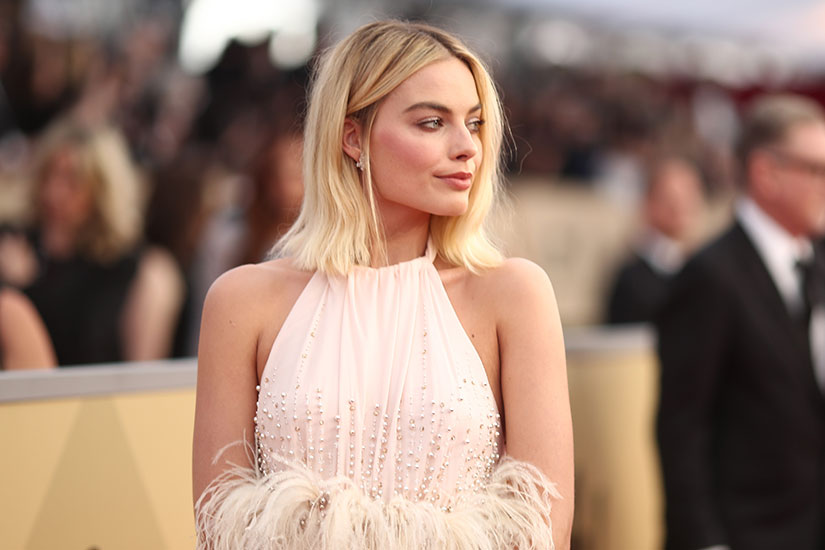 Glitter is back, if the actresses at the Screen Actors Guild Awards have anything to say about it. Millie Bobby Brown, Margot Robbie, Lupita Nyong’o and Kate Hudson all wore variations of glitter-y eye makeup on the red carpet last night, and it worked for all—despite the age differences. (The actresses are 13, 27, 34 and 38, respectively.) Here’s how they did it.

Using Lancôme makeup (Nyong’o is an ambassador), Nick Barose crafted this flattering silver shimmer, then finished the look with blush. “Always start with as little blush as possible,” says Barose in an Instagram post. “I always decide later how much blush I want once I see the final look […] this way you can be sure it’s not too much blush, [which] can instantly make any makeup appear heavy or overdone. So go easy and adjust later if need be.” Barose used Lancome Blush Subtil in Petit Pomegranate. “It looks really natural on dark skin,” he says.

We were initially hesitant about including Hudson in this roundup, because we weren’t sure if it she was wearing glitter, or a glitter-like effect was being created by the reflection of camera flashes. Upon further investigation, we determined it was indeed super subtle glitter, worn in the corner of her eyes.