ELLE body: The power of perfume

Learn how to make fragrance work for your mind as well as your body. 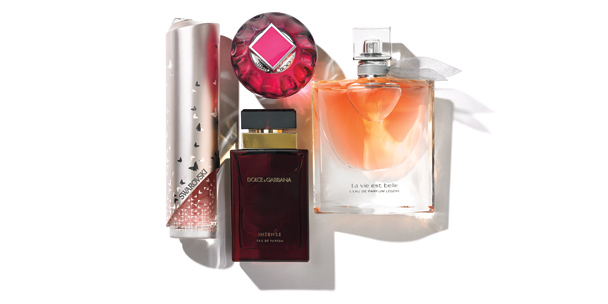 The power of perfume: Message scent
We often select a perfume because it complements our mood, but the way we smell can also send a powerful message about who we are. “A fragrance that is well chosen is one that exaggerates the body, like a frame for a painting,” says Frédéric Malle, Parisian perfumer and author of On Perfume Making. “It’s like a communication tool. It’s just another way of expressing your personality.” The way our fragrances are received by others, however, is not as straightforward: Reactions to a scent can vary from person to person, depending on the unique set of memories and experiences that shape their impression of a smell.

The story behind PERFUME DEVELOPMENT

The power of perfume: First love
“Our responses to odour are learned,” says internationally renowned perfumer Roja Dove, “the bulk of them being established by the time we are in our early teens. This time is known as our formative years.” Imagine, he says, that your first encounter with vanilla was in a cake your grandmother baked for you as a child. Years later, a perfume you smell containing vanilla is going to make you recall these positive memories. “When we discover a scent we truly love,” says Dove, “it will have large numbers of ingredients within it that have positive, feel-good associations.”

The power of perfume: All mine
One way to extend your fragrance footprint is by adopting a signature scent. “There is something nice, something special, about people associating you with a certain fragrance, or you associating a certain fragrance with someone else,” says Nathalie Grainger Bradbury, perfume interpreter and author of Quintessentially Perfume. “[Signature-scent wearers] tend to be people who are very steadfast and know exactly who they are.”

The power of perfume: Weaving a spell
“Everybody has a different way to seduce, and everybody has a different kind of sex appeal,” says Malle, who suggests that certain oriental fragrances with notes like vanilla and patchouli can generally be seen as sexually attractive or arousing on both men and women. (His Portrait of a Lady Eau de Parfum is a lush, heady example of a sensual patchouli.) Dove suggests wearing exotic or spicy smells like blood orange, magnolia, tobacco or cinnamon to feel alluring, while Grainger Bradbury points to amber as a sensual note.

Learn more about the power of perfume on the next page…

Perfume as a business tool

Shopping is becoming an
olfactory experience. Retail stores are filtering their air systems with barely perceptible scents like bergamot or bubble gum and using these sensory notes to target your brain’s limbic system— the place where emotions and memories are stored. “Smell is the latest frontier of marketing,” says David Howes, co-author of
Aroma: The Cultural History of Smell and a professor of anthropology at Concordia University in Montreal. “It’s being used to excite and create memories for customers to lead to greater loyalty and repeat business.”

Everyone’s targeting your sniffer: casinos, hotels, airlines and even funeral homes. A recent study found that bookstore browsers were twice as likely to examine multiple books and three times as likely to interact with staff if the store was infused with the scent of chocolate. Fashion designers Victoria Beckham, Joseph Altuzarra and Christopher Kane use copious amounts of Diptyque candles to set the mood at their shows. In South Korea, a Dunkin’ Donuts public-transit campaign saw coffee sales increase by 29 percent after the smell of freshly brewed coffee was released into the air every time the chain’s ad was played on buses. Katy Perry used “smell-o-vision” on her 2011 California Dreams concert tour, telling Rolling Stone, “It’s the first concert that’s going to smell good…like you’re in cotton-candy heaven.”

Fragrance by design: PERFUMES ON THE RUNWAY

Every mall in this country is scented, claims Tracy Pepe, the owner of Toronto’s Nose Knows Design. Pepe is a pioneer in scent design and was among the first to infuse fragrance into Canadian corporate spaces. Pepe conducted a survey for a major retailer that found that customers would literally stop in their tracks for an additional seven seconds in a scented area of a store. “We get thousands of marketing messages a day,” she says. “If you can get people to stop for seven seconds, you’ve got them.”

Ambient marketing can get to our wallets in other ways: It may make us pay our bills on time. A British company called Bodywise found that people who received bills scented with androstenone, a steroid found in sweat, were 17 percent more likely to settle up than those who received a non-scented bill. The company is shopping the scent around to debt-collection agencies. It appears that even when it comes to something as malodorous as debt, there’s no getting around it: Smell sells.

Read more:
Fragrance must: The 10 woody scents
10 amazing floral fragrances to have on your vanity
8 amazing new fragrances for men and women