Why she's just getting started at age 69. 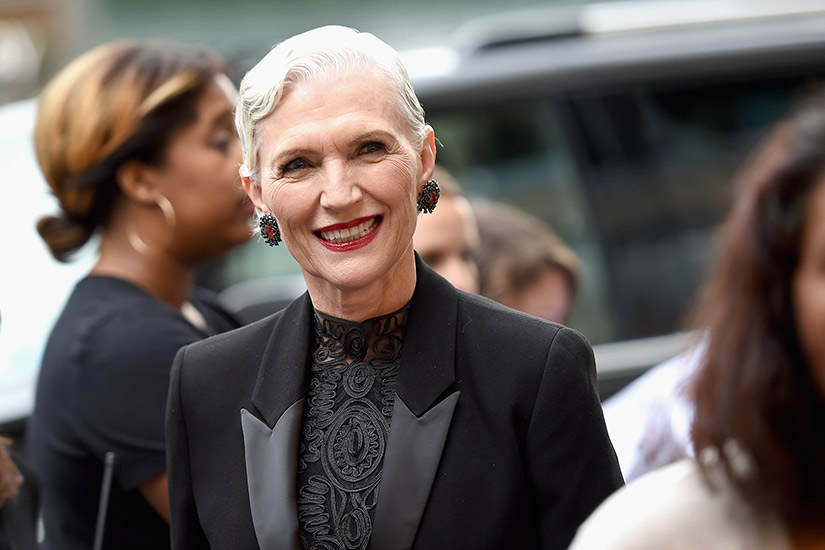 Maye Musk has better nails than me. That’s the first thing I notice when I meet the new CoverGirl brand ambassador on the 20th floor of a swish New York hotel. Hers are painted colourblocked nude and black and I quickly hide my own winter-ragged hands in my pockets, while mentally reminding myself to book a mani ASAP.

Later that night, at an event celebrating CoverGirl’s rebranding, Musk, who turns 70 in a few months, wears her signature silver bob in a 1920s finger wave with glitter placed along the hairline, and an aubergine smoky eye. The nails, the hair, the makeup — clearly Musk, a long-time model/dietitian who was a multi-hyphenate before multi-hyphenates were a thing, is having fun with this new gig. “Makeup makes me feel powerful,” says the Regina, Sask. native. “It gives you so much confidence to have more of a jump in your step. And when I enter a room, I feel like I’m filling the room, instead of hiding away.”

Here are six more things you should know about Musk.

Her kids—Kimbal, Tosca and Elon (yes that Elon Musk, co-founder of Tesla)–were the first people she called when she found out about her CoverGirl contract. “They were really excited. And I said, ‘You can’t tell anyone.’ ‘They had the hardest time keeping it quiet. They are thrilled with me. They’ve always known me as a model but this is just beyond.”

She credits Instagram for her career revival. “My stylist and best friend for 26 years, Julia Perry, sat me down and said, ‘Every model is on Instagram.’ And I said, ‘I don’t want to post pictures and post about my work as a model.’ And she said, ‘You’ve got to do it, darling.’ I got so many more editorials and then I got introduced to IMG Models, and since I’ve been with IMG, everything has just been soaring. And who knew that coming to 70 that I’m really just getting started?”

Her favourite CoverGirl collection is the Simply Ageless collection. “Because I am simply ageless! I don’t know when I’m going to get old, I don’t see it in my future.” [Laughs] “I like that there’s a matte foundation for me for day and there’s a heavier one for the night, and it smooths out my complexion and makes me feel very pretty.”

CoverGirl Simply Ageless 3-in-1 Foundation ($17), at drugstores and mass-market retailers.