Model Adriana Lima on the exact moment she learned to love orange-red lipstick and wearing mascara to the gym. 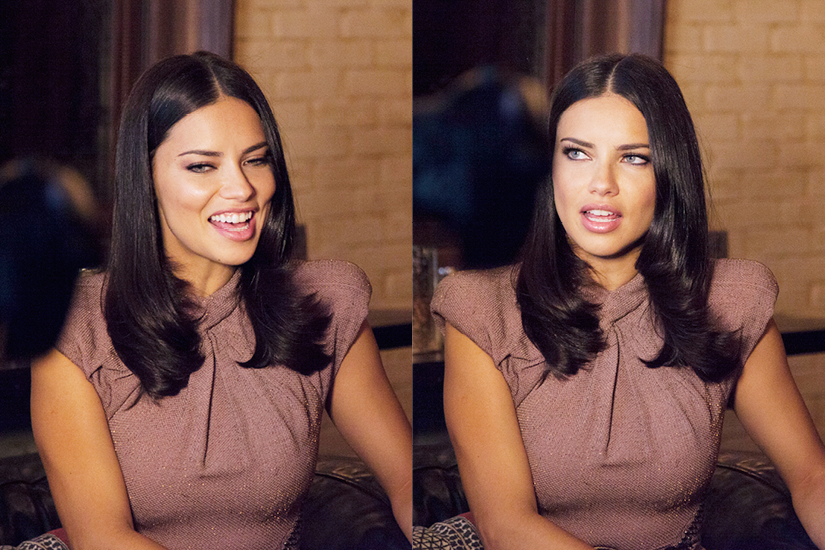 When I meet with Adriana Lima in Manhattan’s Ludlow Hotel, New York Fashion Week is well underway. Lima has just opened Philipp Plein’s spectacle of a show (Teyana Taylor danced, Nicki Minaj sang), but it isn’t until I ask her if she remembers her first season that she realizes this year marks her 20th anniversary of runway modelling.  “I started in 1997,” says Lima. “Crazy!” Of course, as the face of Maybelline and a longtime Victoria’s Secret Angel, Lima doesn’t need to do the entire fashion week runway circuit anymore. (For spring/summer 2018, the only other show she walked was Fenty x Puma.) Below, Lima talks distinctive runway makeup, the ’60s beauty trend she loves and the exact moment she realized she could wear an orangey-red lipstick.

On walking the Philipp Plein show:

It was so much fun. It was my first time doing his show and there was so much energy. The music was awesome. They had Future, Nicki Minaj—they were singing live throughout the whole show. I mean how can you not be pumped up? It was great.

The Maybelline team did the makeup and I was so happy because, as you know, I love red lipstick. [Designers] are usually afraid to do strong makeup on the runway because they tend to be afraid of taking away from the clothes. But it was perfect! Everything matched so well. And actually the bold lipstick that I was wearing is going to come out in 2018. It’s called Cruel Ruby. It has a matte finish but we applied a clear gloss — lots of it — on top, to create the bold, strong, sexy red lipstick.

On her go-to lipstick:

I like to have options. It depends on where I’m going, what I’m doing and what my mood of the day is. Clay Crush — that’s my favourite for everyday. I don’t go to the gym in full makeup, but I like to have my lipstick on, and that is the one I use. Siren in Scarlet is my number one red. It’s a little cherry red. I tend to use that a lot.

I was not impressed by orange-reds at all, but I’m going to tell you when that changed. I was at the Formula One race in Monaco (you can see on my Instagram) and I was wearing this white silk suit. I really wanted to use red, but I had [already] used the cherry, and I did not want to use bold, dark colour because it was during the day and I was going to be outside. I said, ‘How can I pull off a red, outside, with a white look, that will not be too much?’ And I’m like, ‘Oh, maybe orange.’ And it worked! Since then I actually like it.

On matching her lipstick to her nail polish:

I tend to do what they used to do in the ’60s and match my lip colour with nail polish, but not today because I walked in a fashion show and my nails and makeup were changed a hundred times. I will have my lipstick and take it to the nail salon [and say], ‘So this is the colour, we have to find the nail colour that will match it.’ I love it!

On never taking off her mascara:

I like to make my eyes look bigger, and I think the Falsies [mascara] does that. It’s what I use myself. I like very black mascara, and then I just pile on it. I use so much that it takes a few days for me to take it all off. When I go to work, they’re like, ‘You went out last night.’ No! It’s just that I’ve been wearing mascara for the last week and I keep applying it. I don’t take it off. I wash my face with water; I don’t wipe the mascara.  Whatever’s left there, I’m like, ‘Oh great — reapply!’ It gets to the point that it looks like you have on eyeliner — I love that, it’s very rock and roll.

When I’m working out, sometimes I post pictures and that’s when you see that I’m actually wearing mascara. It runs [down] my face. I clean whatever is on the skin and apply more when I’m finished. On my Instagram [people comment] and they’re like, ‘She’s wearing makeup!’ Yes, I am! [Laughs]