Your state of mind is crucial to achieving fitness goals

Our mind always wants to quit before our body runs out of gas. 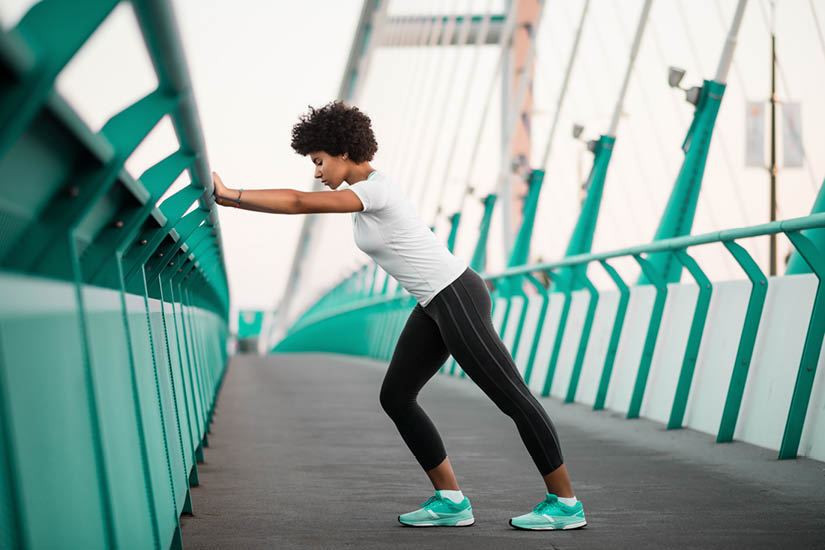 When I started running, I had a classic case of imposter syndrome: I was a health editor without an athletic bone in my body. In my search for a workout I could at least tolerate, I got on the treadmill. At first I could only manage “1 and 1s”: running for a minute and walking for a minute to recover—repeating ’til tired. It didn’t take long.

So when my personal trainer at the time floated the far-fetched idea of signing up for a race, I thought, “I couldn’t possibly.” But I did. Four months later, I ran my first 10K. Two years after that, when a friend asked if I wanted to try a marathon (that’s 42.2 kilometres—or about 105 laps of your standard high-school track), my knee-jerk reaction was “No freaking way.” But I did. It took an agonizing four hours and 25 minutes to finish.

Eventually, when I’d improved my running enough to wonder if I could ever, maybe in my wildest dreams, qualify for the Boston Marathon—a holy-grail race that only 10 percent of marathoners are fast enough to get into—I thought, “How?!” But I did. As I write this, I’m two weeks away from that Boston start line.

Every step of the way, I doubted myself, I struggled, I failed. Still, I kept going because I’m stubborn, and gradually I came to change my mind. I wouldn’t have achieved any of those goals if I hadn’t believed I could—but exactly how our mental game sets our own physical limits is a lot more complicated than having a cheesy mantra.

Even the fittest people on earth—the elite athletes who spend their whole lives honing their bodies—prioritize getting into the right headspace. “We worked with a mental-prep coach, who was with us throughout the [2018 Olympic Winter] Games and almost every moment leading into the final event; he gave us cues to just stay focused, present and connected,” says Tessa Virtue, Canada’s ice queen, who’d already trained for 20 years with skating partner Scott Moir by that point. The payoff: two gold medals.

In our pursuit of physical feats, our mindset matters—but exactly how much is, surprisingly, still up for debate. Alex Hutchinson, former long-distance runner for the Canadian national team and author of the new book Endure: Mind, Body, and the Curiously Elastic Limits of Human Performance, describes the brain’s role in endurance as “perhaps the single most controversial topic in sports science.” He points out that in the traditional “body as machine” view, it is thought that the body sets our limits and the brain simply determines how close we can get to them.

But in the late ’90s, Tim Noakes, one of the world’s most influential (and radical) sports scientists, put forward a groundbreaking concept known as the “central governor” theory, which holds that the brain reigns supreme: It alone dictates the seemingly physical limits we feel during a long bout of exercise. What’s more, says Noakes, our mind always wants to quit before our body runs out of gas—it’s the brain’s way of protecting us from pushing too far and risking physical harm. More bluntly, he believes that fatigue is actually an emotion. Under his theory, when my exhausted legs are begging me to slow down or give up during the last hour of a marathon, it’s not because my heart can’t go on or my muscles have no more glycogen (the fuel they need to keep working) and I’m about to keel over. Rather, my mind’s messing with me, making me despair.

According to Noakes, our feelings of fatigue are illusory and they develop “largely independent of the real biological state of the athlete,” he wrote in a paper for the journal Frontiers in Physiology.

To support his case, he points to the so-called “end spurt”—our tendency to suddenly pick up the pace as we near the finish line, when we should be at our most physically depleted.

Illusion or not, fatigue feels pretty damned real when every fibre of your being is screaming at you to stop. There have been many races where I’ve fallen short of my goals because my mental game was shaky—when I’ve caved to the urge to slow or walk—and as I psych myself up to face Boston’s legendarily tough course (when there’s a climb called Heartbreak Hill, you know it’s hard), I need to figure out how to get my head right.

When people underperform on game day as a result of their mindset, it’s because “they can’t regulate the emotion or stress when they’re challenged [and things start going wrong]—they’re overwhelmed,” explains Peter K. Papadogiannis, psychology lecturer at York University and sports-psychology team director for the Toronto Marathon. “Their self-talk changes: ‘I can’t do it,’ ‘I don’t see how I’m going to come back.’ They let external and internal distractions take control of them.” When we’re physically taxed, we lean even more heavily on our mental skills to keep going, he adds, but, like with any muscle, we need to train our mind. Learning to breathe easy— slowly and deeply, as a technique for staying relaxed—and visualizing how you want to perform (pre-race and during) are just two strategies that can go a long way.

Hutchinson argues that our physical limits are not as immutable as they may seem. While researching Endure, what surprised him most were the feats of freedivers—people who can hold their breath for “totally mind-boggling” periods of time underwater (the current world record is 11 minutes and 35 seconds) without scuba gear. He cites Brandon

Hendrickson, who set the American record at eight minutes and 35 seconds. “He says he hits what feels like his limit a little after four minutes,” says Hutchinson. “His breathing muscles start contracting involuntarily, and his body thinks he’s done. But he has learned that he can keep his mouth shut—it’s uncomfortable, but he can ignore it. That, to me, is such a great illustration of warning signs versus stop signs.”

Of course, there are times when we should listen to our body’s limits and heed the stop signs: No amount of fortitude and will to persist will help if, say, you’ve fractured your foot. “Pushing through a mental block or finishing off a set past the point of initial muscle fatigue is how you grow beyond plateaus,” says Mia Nikolajev, a Toronto-based certified personal trainer, strength and conditioning specialist and founder of BodyMorphology. “It’s okay to work out through sore muscles. But the standard of ‘No pain, no gain’ comes with a caveat. Torn tissues or joint aches and injuries feel very different from the average soreness after a tough training session. If your brain is sending warnings—pain, inflammation, alarm bells—rest or even a checkup may be warranted.” If, however, your first thought is “This is hard” yet you know you’re totally fine, then push through, adds Nikolajev.

As we chase new fitness goals, our sense of effort is the final arbiter; it’s what matters, explains Hutchinson. Of course, physiological factors like our heart rate or levels of lactate (what creates that muscle-burning sensation) count too—but they don’t directly limit us. Rather, they only limit us by contributing to our subjective sense of effort, says Hutchinson. And there are ways to make hard things seem easier—by changing our internal monologue with positive self-talk, for instance.

“That trickery has real effects,” says Hutchinson. “We’ve changed our perceived sense of effort, and in doing so, we’ve changed how fast or far we can go and whether we’re able to continue or not.” This may sound too-good-to-be-true simple, but I’m reminded of the first marathon I ran without falling apart midway: As I clicked off each kilometre, I kept reminding myself that I actually felt okay, that I’d suffered worse during the most gruelling training sessions (and survived) and that my goal was within reach. I had Kanye’s “Stronger” on my playlist and repeated “This is what you came for” in my head. It worked. “The evidence tells us that self-talk makes a measurable and quantifiable difference to endurance,” confirms Hutchinson.

To perform your best under pressure, you need to train your brain, says Hutchinson, and there are opportunities in everyday life to practise. If, say, you’re obliterated from a long day at the office, don’t bail on your workout—consider it an exercise in pushing through the mental fatigue.

I have no idea how I’ll do on Boston’s Heartbreak Hill, but I’ve come a long way—and I have to believe that what has gotten me to this start line (body, mind, super-stubbornness) will carry me all the way to the finish.

Wing successfully completed the Boston Marathon—not that we ever doubted her!