Your future self will thank you. 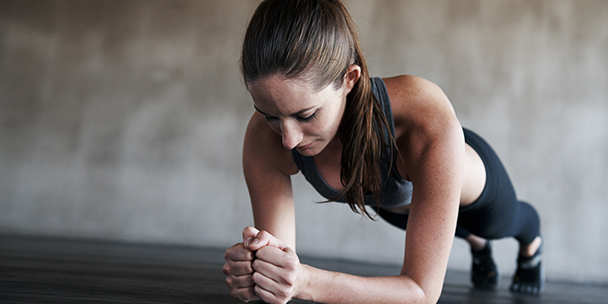 Twenty-somethings, go to the gym!
Take it from a 30 – ahem – plus health editor. Sure, it’s tempting to sit around all day re-watching all six seasons of The Sopranos and eating chips because your metabolism is still at lightning speed. But don’t. Cardiologists at Johns Hopkins Medical School in Baltimore have determined that being active in your 20s puts you at a lower risk of heart disease and death later in life.

Their method: They tested the cardiovascular capacity of 5,000 people over the course of 27 years. For every extra minute participants were able to keep running over a certain time frame (about 18 minutes, increasing speed every two minutes), they had a 12-percent lower risk of death related to heart attacks.

READ MORE: 5 ways to get more mileagle out of your fitness tracker

The real reason you like to hit the bar after your workout
There’s nothing sweeter than that first sip of beer after that ultimate Frisbee game, amirite? We are not alone in that sentiment: people who exercise more tend to drink more on the days they work out, according to researchers at Pennsylvania State University. Why? Well, that’s still a theory. But, according to an interview in the New York Times, it could be a neurological – both the booze and the exercise stimulate the reward portion of our brains. Other theories: we work out so we can drink more booze (guilty) and it’s a type of social bonding.

READ MORE: 8 Instagram accounts that inspire us to eat better

Mind games
We may need to scrap the men are from Mars, women are from Venus theory. New research shows that there’s no such thing as a “male” brain and a “female” brain. Psychologists in Tel-Aviv studied 1,400 brain scans found that our noggins have both male and female characteristics. Take that, gender stereotyping!

Khloe’s mind-body workout
Khloe Kardashian has spent two years up in the gym just workin’ on her…legs and booty with trainer Gunnar Peterson, she recently revealed to The Cut. Little did she know she was getting a workout for her mind, too. Docs at King’s College London compared leg strength of 324 twins over the course of a decade. The twin who worked on her gams more had a sharper mind. (Don’t you feel sorry for the other twin?) The best news of all: you don’t have to do a thousand squats. Even walking more – i.e. ambling through Sephora – is thought to be able to help keep the brain from slowing down.

App update:
• Weight Watchers has introduced the app Fitbreak as part of a revamp of its iconic weight-loss program. It tracks progress, activities and support.
• Personal trainer and Instagram star Kayla Itsines launched her own app “Sweat with Kayla” in November. Fans of the energetic Aussie can access her famous Bikini Body Guide as well as recipes and friendly group challenges.

READ MORE:
12 immune-boosting superfoods you need to add to your diet this winter
How to avoid overeating at holiday parties
4 personal trainers you need to follow on Instagram