Plus, why a video game may make you eat less and other need-to-know health headlines. 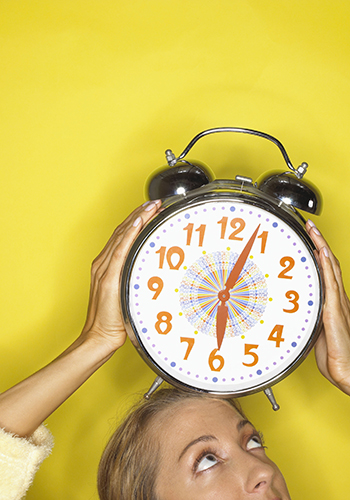 Your new excuse for being late for work
Going to the gym before work just got a lot easier in some parts of Turkey. A new pilot program in the province of Edirne will allow government workers to start shifts an hour later if they exercise beforehand. The goal is to mitigate the country’s soaring obesity rates. About 62 percent of Turkey’s adult population is overweight and 27.8 percent are obese. People who are enrolled in the program also get access to a dietitian. Sign us up!

Table for two?
Going out to dinner on date night might help your sex life. In a study out of the University of California, San Diego, women looked at romantic photos (for example, a couple holding hands) and neutral images before and after they ate a meal replacement drink. Brain scans of their reactions found they were more responsive to romantic cues after they had chowed down.

Put down the Tums
It’s hip and won’t give us heartburn: no wonder we’re in love with cold brew coffee. The new It drink, made by steeping coffee grounds in cold water for hours, is thought to be two-thirds less acidic than your traditional cup of joe.

READ MORE: Head’s up – everyone you know is sexting

A new way to tackle debt
It may be time to rethink your strategy for paying down your bills. While we’ve been taught to pay off high-interest loans first, throwing down cash on smaller figures may be more motivating. “Winning what are known as ‘small victories’ by paying off small debts first can give consumers a real boost in eventually paying off all their debts,” note the authors of this study, Alexander L. Brown and Joanna N. Lahey. One caveat: because of interest rates, this tactic does not necessarily mean you will pay down your debt faster.

Video killed the craving
The old-school video game Tetris may have some newfound benefits for your health. Playing the game for just three minutes at a time can reduce cravings by as much as 20 percent, according to new research. The study’s authors, psychologists from Plymouth University and Queensland University of Technology, Australia, believe that this method could help manage addictions from drugs and alcohol to food and sex. It’s thought the game may work as a distraction because it fills up the same “mental processes” as a craving. “It is hard to imagine something vividly and play Tetris at the same time,” said Professor Jackie Andrade, according to a press release. Luckily the game is now available to play online and on phones.

READ MORE:
6 steps to getting a better sleep
How to commit to a fitness routine in 6 steps
How to find the perfect nude lipstick for your skin tone