Why saying “thank you” can save your relationship

The 411 on all the health news you need to know this week. 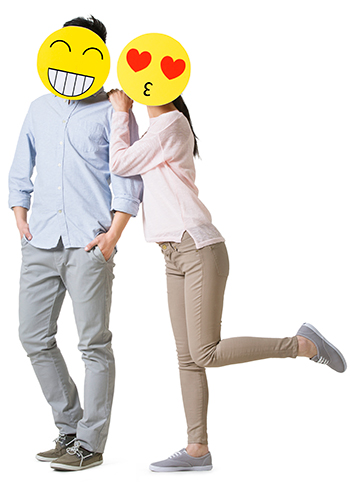 #grateful
Thanksgiving is sooo last month, but turns out we should keep its #grateful vibe going, especially when it comes to our love lives. Lab rats at Georgia University quizzed 468 married people and found that those who showed their appreciation to their spouse were more likely to have successful marriages, even if they were going through some rough patches. "We found that feeling appreciated and believing that your spouse values you directly influences how you feel about your marriage, how committed you are to it, and your belief that it will last," said study co-author Ted Futris, according to Science Daily. Attention: by this they mean actual, genuine thank yous, not “thanks so much for not texting me during boys night, so I didn’t stay up all night worrying about you, babe.”

Sleepy situ
Tossing and turning through eight hours of sketchy sleep during your roommates’ impromptu Drake dance party or logging a solid four hours after staying up until 2 a.m. to finish a paper. Neither of these sleep scenarios is the stuff dreams are made of, but it turns out a short, but solid, sleep may be better for you than a longer, interrupted doze. The proof comes courtesy of scientists at John Hopkins University School of Medicine. They conducted a three-day sleep study – umm….where do we sign up? – and while they found out that everyone was a little crusty after reduced or interrupted sleep, those whose visit from Mr. Sandman was repeatedly disrupted got surlier, faster. To learn how to get a better night’s sleep no matter how many hours you have, click here.

The sweet tooth gene
Does the above image get your heart racing a little bit faster? We feel ya. You can blame your parents. Scientists in London have tracked down two variants in some people’s DNA that can make the brain crave junk food more. That’s the perfect excuse not to play hard-to-get when it comes to the cheese platter your bestie put out for girls’ night.

Triple word play?
Attention Scrabble and fitness buffs (we know you’re out there.) The noun athleisure is going to be added to the Merriam-Webster dictionary in 2016. Its official definition is “casual clothing designed to be worn both for exercising and for general use." But we prefer to describe it as the new trend we’re spending all our money on.

READ MORE:
12 immune-boosting superfoods you need to add to your diet this winter
How Victoria’s Secret models get in shape for their big night
5 ways to get more mileage out of your fitness tracker