Plus, why your lack of sleep can make you sick and other health headlines. 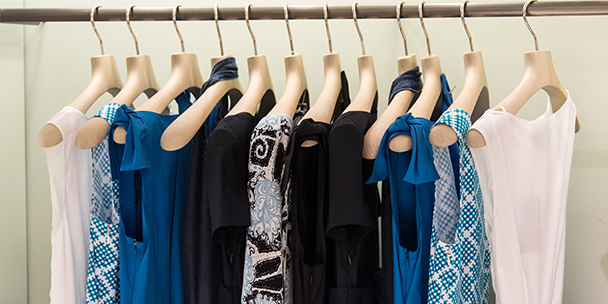 Back to black
A little black dress isn’t just a classic wardrobe piece. The colour is a confidence booster, too, according to a new survey by a British shirt company. They polled 1,000 adults and 56 percent of respondents said the shade “inspires confidence.” Red was the next power colour with 40 percent choosing it as their favourite. The least #boss-inspiring hues? Orange, pink and brown.

The cold, hard truth about sleep and colds
We thought no sleep just made us grouchy, but it turns out it can make us sick, too. Researchers from universities in California and Pittsburgh gave 164 people nasal drops with a live cold virus and controlled their sleep over the next week. Those who slept on average six hours of night (regardless of external factors such as age, sex, weight and stress, etc.), were four more times likely to get sick than those who logged an extra hour of sleep.

Social anxiety
High school is stressful enough – remember? – but being constantly plugged in isn’t doing teens any favours. Researchers from the University of Glasgow quizzed 467 teens about their social media habits and discovered that students felt pressure to be on their phones around-the-clock. This FOMO is linked to low self-esteem, anxiety, depression and poor sleep quality, especially for those who were chatting while they were supposed to be sleeping. “While overall social media use impacts on sleep quality, those who log on at night appear to be particularly affected,” said the study’s lead researcher Dr. Cleland Woods, according to Science Daily.

Say no to super-sizing
Sure, they look good, but it’s time to stash those oversized artisanal dinner plates in the cupboard. Science says we are likely to eat and drink more when we nosh on larger plates (or other tableware) and when we are given larger portions. An analysis of 61 studies found that eliminating these super-sized portions could reduce food and non-alcoholic beverage intake by as much as 29 percent for U.S. adults and 16 percent for adults in the United Kingdom. (Overeating is linked to heart disease, diabetes and some cancers). The researchers have suggested limits on serving size for calorie-laden foods as well as limiting discounts on larger, bulk packaging and, even legislation.

ELLE LOVES: Fitness and fashion has had a love affair in recent years and now technology is joining them. Apple has announced it’s created the Apple Watch Hermès. The trendy timepiece, the tech brand’s first standalone collabo, will be available in stores in October. Watch us test out the Apple Watch here.

READ MORE:
The truth about e-cigarettes you don’t want to hear
5 tips to conquer any food craving
7 tips to feel more confident naked