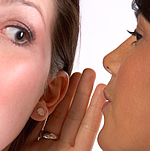 If water could talk, it might tell us to quit trading snippets from The National Enquirer and start speaking nicely to each other. Masaru Emoto received just such a directive from a simple bottle of H2O. The Japanese author and researcher hopes the message will create a ripple effect for the well-being of land dwellers everywhere. “Water teaches us in a clear way how we must live our lives,” writes Emoto in his 2005 bestseller, The Hidden Messages in Water, which introduces readers to the idea that particular words and sounds can physically alter the molecular structure of water. A star of the recent indie film What the Bleep Do We Know!?, Emoto wows audiences with photographs of magnified ice crystals that appear to respond favourably to friendly words and thoughts and shun criticism and rage. When Emoto says “You’re beautiful” or plays Mozart to a bottle of distilled water and photographs it in a semi-frozen state, the water’s molecular structure transforms it into dazzling hexagonal ice crystals. Exposing the same water to insults, swear words or heavy-metal music creates molecular chaos: delicate snowflakes become indistinguishable blobs, mimicking the effects of water that has been nuked in a microwave oven or scooped from polluted lakes and streams.

To be happy is to be healthy
Emoto says the experiments he conducts on water contain a message that is vital to human and planetary health. “Words are an expression of the human soul, and the condition of our soul likely has an enormous impact on the water that comprises as much as 70 percent of our body,” he explains. “This impact will, in no small way, affect our bodies. People who are in good health are also generally in good spirits.”

To remain in good spirits, Emoto suggests that women refrain from behaving like the cast of Survivor and surround themselves with people who nurture their self-image through loving words. He argues that those same words have the ability to purify the water in our bloodstream. Unkind words create stagnation: “When blood stops flowing, the body starts to decay,” he says.

A water-based body may also be healed by words in the form of positive thoughts, Emoto argues. He cites a 1999 experiment to purify a Japanese lake through prayer. On the banks of Lake Biwa, 350 people brought their hearts and voices together in an attempt to cleanse the water. “Our chants could be heard around the entire lake,” says Emoto, “and there was a special feeling that made our spines tingle. It’s what the Japanese call ‘kotodama‘ (the spirit of words).” Emoto says the combined will of so many people acted as a force to change the universe.We respond chemically to words
According to Dr. Candace Pert, who is a neuropharmacologist from Washington, D.C., Emoto’s theories about the transformative effect of words on water — and thereby on health — can be explained by the body’s complex biochemical response to words through emotions. Pert is known for her discovery of receptor molecules that are responsible for the way emotions are experienced throughout the body — what she calls the “bodymind.” Her research suggests that the body’s chemistry changes in response to repeated praise or criticism, particularly when those comments are internalized. “People’s words trigger different emotions,” she says, “and what we believe tends to come true because of what we say to ourselves and others.”

Saying is believing
Pert says that the body immediately registers words as emotions and responds accordingly rather than waiting for the brain’s frontal cortex to filter out unsavoury thoughts and feelings. The author of Molecules of Emotion: Why You Feel the Way You Feel and Everything You Need to Know to Feel Go(o)d, Pert says her evidence about the body’s ability to selectively receive and store emotions via receptor molecules on its own cells means that women who chant “I’m so fat” in front of the bathroom mirror on a daily basis may soon find their bodies resistant to losing weight. Pert’s principle could also apply to someone with a chronic knee injury: if someone knows she’s on a wait-list for surgery, the knee likely won’t improve. “Our bodymind says to itself, ‘Why should I waste time losing weight or repairing my knee when it’s just going to get worse?’” she says. In either case, Pert says that emotions generated by negative self-talk activate a complex chemical message system between the brain and the body, relaying orders to our body’s cells to stop burning fat or cease rebuilding cartilage. “It proves that words are incredibly powerful,” she says. “The body listens to what we’re saying.”

The power of prayer
Like Emoto, Dr. Larry Dossey, a Dallas physician who studies the healing effects of prayer, believes in taking greater responsibility for what we say or pray for in the interests of good health. Based on his clinical observations, doctors with terminally ill patients who were told they would die soon tended to do so, while pre-op patients who engaged in warm and fuzzy discussions with their anesthesiologists fared better after their surgeries. “There’s only a letter’s difference between curing and cursing,” writes Dossey in his recent book, Be Careful What You Pray For . . . You Just Might Get It. “If we try to bully others with prayer, disregarding their needs and desires, we run the risk of actually increasing sickness and ill health in those we pray for.”

As Jean-Paul Sartre once said, “Words are loaded pistols.” In his latest book, The Secret Life of Water, Emoto writes that each of us holds the power to “pollute” our insides, like Lake Erie, with negative expressions and thoughts or issue words genuine enough to restore broken friendships or even cure cancer. “The ability of the spoken word to give life is much more powerful than we can ever imagine,” he says. It is exactly that power-its ability to do both good and harm-that might explain why Tom Cruise insisted that his daughter Suri experience a silent birth. Scientology founder L. Ron Hubbard believed that words had an unpredictable effect on a fragile newborn’s subconscious mind and should be banned during the birth. Like Emoto’s theories of water, who’s to say what’s true? A sci-fi scan of Suri could one day reveal crystals more brilliant than the trinkets she’ll need for her first Oscar night.