Can popping a pill make it all better? The jury is still out. 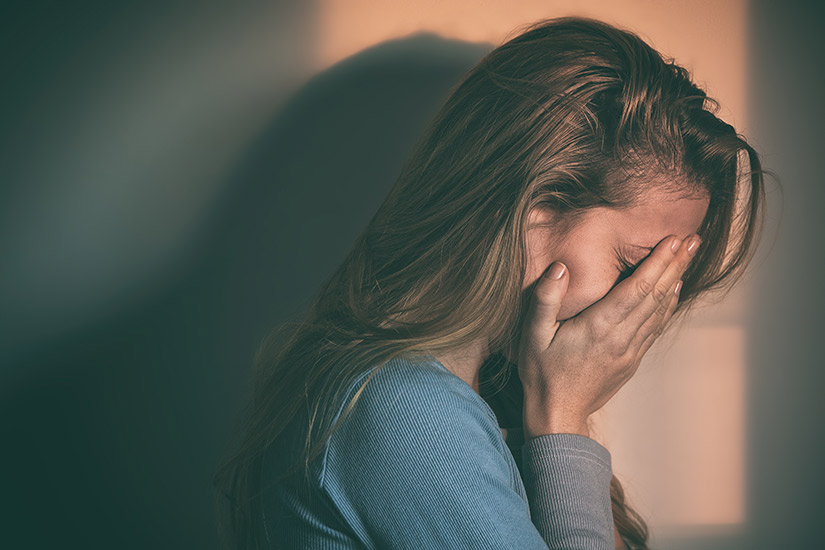 ALMOST ONE IN 10: That’s how many Canadian women aged 25 to 44 are on antidepressants. I’m one of them. I’ve lived most of my life with a condition known as persistent depressive disorder, or PDD, a form of chronic depression. These three words sentenced me to years of hopelessness and self-loathing. At university I walked around like a dirty zombie, wearing the same pair of jeans for days. When I started working, I frequently used my lunch breaks to sob in the bathroom. Feeling wretched was all in a day’s work.

This pain went on for 15 years, yet I was resistant to the idea of medication. I was dubious about whether drugs would work, fearful of side effects like a low sex drive and worried about the ironic possibility of antidepressants bringing on full-blown suicidality. Instead, I pinned my hopes on drinking less alcohol and more green juice, regular therapy and working out four times a week. Those lifestyle changes lifted my mood— when I had the energy for them. But I remained clinically depressed.

I hit a breaking point at age 30: My domestic partnership shattered two months before our wedding, I was stuck in a dead-end job where my boss referred to me as “good girl” and I cried myself to sleep most nights. By January 2017, on stress leave from work, I finally conceded that antidepressants might be worth a shot, and my doctor prescribed a norepinephrinedopamine reuptake inhibitor called bupropion. After a few weeks, my depression stopped feeling like a thousand- pound gorilla sitting on my shoulder.

I’m not the only one conflicted about how to treat depression: Few drugs are as controversial as antidepressants. For as many people who tout these drugs as life-saving (from medical researchers to celebs like Kristen Bell and Chrissy Teigen), there’s an equal number of high-profile detractors. (Tom Cruise, anyone?) These pharmaceuticals, which are also used to treat everything from anxiety to eating disorders, are big money-makers—$18.6 billion globally in 2014 alone—which gives rise to fears that drug companies are pushing doctors to overprescribe. On the face of it, the numbers look damning: Canada has one of the highest rates of antidepressant use in the world, and women are more likely to be prescribed them than men. (It’s worth noting that other parts of the world may under-treat depression and that women do suffer from depression more than men.)

Adding to the confusion, we’re still not sure what causes depression. The dominant theory is that it’s the result of chemical imbalances in the brain and that it’s triggered when there are not enough feel-good neurotransmitters like serotonin and dopamine. Other theories link the disorder to brain structure or situational stressors like grief or unemployment. Depression is also difficult to diagnose. It’s not like a broken bone—you can’t do an X-ray to assess the situation. Patients answer a questionnaire known as the Hamilton Rating Scale for Depression, and this helps evaluate severity.

So, how do we treat something if we’re not sure why or even if it’s happening? Well, doctors do it all the time with various illnesses—and mood disorders are no exception. The earliest “happy pills,” created in the 1950s and known as tricyclics, were touted as manna from heaven that promised to spare people the inhumanity of asylums or the pain of shock therapy by balancing the aforementioned neurotransmitters that affect mood and emotions. (Housewives were a target demo because their depression was totally their fault and had nothing to do with the systemic patriarchal oppression of the mid-20th century. Insert eye roll here.)

Tricyclics fell out of favour because of side effects like lethargy, disorientation and seizures. Next came MAOIs (monoamine oxidase inhibitors), drugs with such a high risk of elevated blood pressure (when taken with certain foods or medication) that patients had to follow a special diet. SSRIs (selective serotonin reuptake inhibitors) gained popularity in the ’90s. They remain the most widely used type of antidepressant today, although there are newer types, like the norepinephrine-dopamine reuptake inhibitor I’m on.

Perhaps the most outspoken opponent of antidepressants is Irving Kirsch, a professor of psychology and lecturer at Harvard Medical School. (To wit, his 2010 book is titled The Emperor’s New Drugs: Exploding the Antidepressant Myth.) His main argument is that the difference in the efficacy of the drug versus a placebo is so small that it’s not clinically meaningful. “I have looked at published clinical trials and unpublished clinical trials—there is an almost identical improvement with the placebo,” he says. It’s not only that he thinks antidepressants are unhelpful; he worries they’ll straight up harm you. He cites risk of stroke and weight gain, even suicidal behaviour—all of which are legitimate possibilities. A treatment plan, he suggests, should instead focus on psychotherapy and lifestyle changes, like a healthier diet, regular exercise and meditation, all of which some studies suggest can radically improve depressed people’s moods.

Journalist Johann Hari expands on Kirsch’s critique in his new book, Lost Connections: Uncovering the Real Causes of Depression— and the Unexpected Solutions. The Swiss-British journalist has firsthand experience—he was on Paxil for 13 years. If his depression was, as his doctor said, the result of a mere chemical imbalance, why was he still depressed after taking the pills? Hari wondered. And why were more and more people being diagnosed with the same disease? Might not our lonely, disconnected and harried 21st-century existence, he asks in his book, be in part to blame? “There is very real pain in our culture,” says Hari, who isn’t against antidepressants but suggests they are part of a solution for a small number of people and that making new connections or finding a more meaningful job might be more healing for others.

For a long time, I, too, was critical of antidepressants. I was convinced that all I needed to do to cure myself was find a better job, better relaxation techniques and a better diet. But, while I don’t want to dismiss the power of lifestyle changes, all the “namastes” and therapy sessions couldn’t keep the black dogs away because I barely had the energy to get out of bed some days. My first few months on bupropion were transformational. I was lucky—there’s no surefire way to predict how a person’s brain chemistry will respond to a given antidepressant, and some people have to try several types. I found one that worked on the first try. And I experienced no side effects. Soon, it was like my brain had moved out of a dark, dingy basement apartment into a penthouse with floor-to-ceiling windows. The pills had a ripple effect. My concentration improved, which led to breakthroughs at therapy. I went on more hikes and made healthy dinners instead of ordering pizza. And, yes, those lifestyle decisions were important to my recovery—but the drugs enabled me to commit to them. In my case, antidepressants didn’t feel useless or dangerous; they were miraculous. Could a placebo have had such a profound effect on my psyche?

I consulted Peter Kramer, psychiatrist, professor emeritus at Brown University and author of Ordinarily Well: The Case for Antidepressants. “To me, the real measure of a treatment is that it works,” he says. In his practice, Kramer makes it a habit to start with talk therapy but explains that patients in crisis may need the extra boost of medicine to prevent their depression from worsening. (According to studies, antidepressants cut the rate of relapse by 70 percent.) In short, Kramer sees the drugs as a chemical push that can support recovery by lifting people’s mood and energy levels, allowing them to embrace life again.He concedes that there are side effects, but he points out that many other pharmaceuticals have side effects too. “Antiepileptic drugs come with an increased risk of suicide, but people don’t say ‘Just meditate for your epilepsy.’”

My antidepressants and I recently celebrated our one-year anniversary. While our relationship is making me happier and more hopeful than I was before, I admit I worry that their effects will subside. I’m also nervous about withdrawal symptoms if my doctor and I ever decide to wean me off. For now, I’m content to keep renewing my prescription. As for the controversy surrounding these pills? The answer is that antidepressants can be lifesavers when needed (I’m proof of that), but they can also do more harm than good. I endured 15 years of clinical depression all because I took a side in an ideological battle that need not exist. It’s time for a ceasefire in the depression wars. Let’s accept that when it comes to finding effective treatments for depression, there’s no such thing as one-size-fits-all.