Sssh! Why quiet is the new luxury. 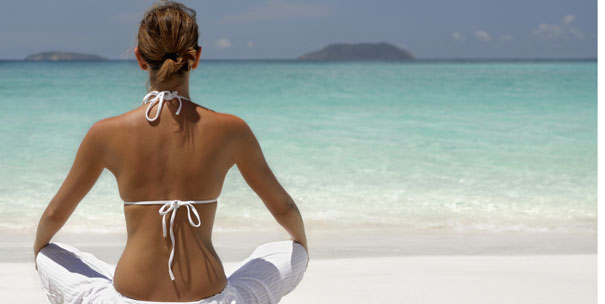 I’m sitting near a fountain in the Sculpture Garden at the Museum of Modern Art (MoMA) in New York with George Prochnik, author of In Pursuit of Silence: Listening for Meaning in a World of Noise, straining to hear his soft-spoken voice against a backdrop of two of the purest sounds in our natural world: serenading birds and splashing water. “These are peaceful, positive noises,” he says. “If we don’t hear birds, or if we hear them screeching, we know that something is wrong.”

And something may well be wrong. These days, songbirds are having a hard time being heard. Forced to compete with the overhead roar of planes and the drone of vehicle traffic, song sparrows, among other species, might be changing the way they communicate by altering the pitch of their mating calls. According to experts at Bishop’s University in Sherbrooke, Que., and Reed College in Portland, Ore., who study the effects of urban noise on birds, this could lead to dire reproductive consequences, which means that one of the rare sounds associated with peace and quiet could be silenced.

But noise pollution doesn’t only affect birds; there is a deficit of silence in our overstimulated world, and Prochnik says that it’s influencing us in more ways than we think—from our romantic relationships to our health. Like the turn-of-the-century anti-noise activist Theodor Lessing, who advocated “Non clamor sed amor” (which means “Make love, not noise”), Prochnik is on a quest to change our “aural diets,” which he believes are stuffed with super-rich, nonnutritious sounds.

Prochnik may be leading the charge, but he is not alone. There is a growing interest in the quest for silence in everything from fashion to music to science. Today, the proverbial saying “Silence is golden” has added meaning: The new precious commodity isn’t a designer bag; it’s quiet. And, if necessary, we are willing to pay for it by going on silent retreats and replacing our iPod earbuds with noise-cancelling headphones.

“Experiencing silence isn’t just about turning the noise down,” explains Prochnik. “For me, it’s about finding a sonic or visual space where I don’t feel like I have to close myself off and I can be porous to the world. It’s about maximizing perception, not minimizing it.”

Experiences of silence on the next page…

On Prochnik’s blog,
inpursuitofsilence.com, he cites neuroscientists at Stanford University who have discovered that when we listen to
music, it’s the silent intervals that generate the most intense brain activity. Based on this observation, Prochnik speculates that a lack of silent pauses in our conversations may be hurting our relationships. “There is a declining mystery of romance—and I think that this has something to do with a deficit of silence,” he says. “When we speak with one another, we stick sonic fill into the void, and, in doing so, we end up diminishing ourselves and our partners.”

But Prochnik is optimistic that people are beginning to change their ways. One example of this could be seen—but, appropriately, not heard— at the MoMA. In the museum’s second-floor atrium, the big draw this spring was performance artist Marina Abramovic. As part of her retrospective
The Artist Is Present, she sat in stoic silence while staring into the eyes of a stranger. She performed this for three months, up to six days a week, for seven hours at a time. When we enter the atrium, there are at least 100 people contemplating her quiet state, while others are waiting patiently for a turn to sit across from her. After a few moments, we leave Abramovic’s performance to find other “quiet” art offerings, such as Russian painter Kazimir Malevich’s
White on White and Canadian artist Agnes Martin’s
Mountain 1. But it’s a selection of Cézanne paintings, with their vivid colours and brush strokes, that Prochnik really wants to show me. He tells me that when he was in his 20s, he went to Paris and spent many hours standing in front of Cézanne canvases. “I found that something profound happened only in time and only in silence with the paintings,” he says. “If you can get to the point where you can let your gaze go into the work, there can be a stereoscopic effect where you gradually see three-dimensional objects. Experiences of silence have their own momentum—and the more you are in it, the more you see and hear.”

Flight plan: How to pack for a great escape