Stephanie Gilman's journey to find a new life after cancer

Join our columnist, Stephanie Gilman, on her quest to lead a meaningful life. 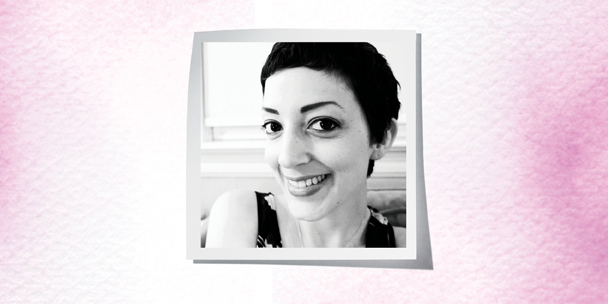 There are a few pivotal moments in our lives when something happens to thrust us in a new direction. Moments when we are thrown off course and find ourselves headed down a new path – on a journey we never expected to be taking.

My pivotal moment began with a lump no larger than a lima bean. One lump, one moment, one quick flash and my life changed forever. By September 2012, I received what I had feared was coming: a breast-cancer diagnosis.

I had just celebrated my 28th birthday a few weeks before. The shock of the news quickly turned into panic. Would I be able to get through chemotherapy? Would I need a mastectomy? Would I still be able to have children? What would happen to my job? But, above all else, I truly worried about one thing and one thing only: Was I going to die?

I wanted to wallow and retreat under my covers and be angry, but there was very little time to sit around cursing the world. Decisions had to be made, and they had to be made quickly. Cancer has no pause button. There is no time to reflect and process emotions, and I was thrown into a world of chaos and confusion.

The year that followed was a whirlwind of appointments with doctors, scans, surgeries, drugs and many frumpy, incredibly unfashionable hospital gowns. I lost my breasts, lost my hair, lost my energy and, at many points, felt like I was losing my sanity. I had gone from being a happy, attractive, healthy twentysomething newlywed to a sick, bloated, bald, miserable cancer patient. Any prior am-bitions I had – plans for a career, a family, a future – were firmly placed on hold; my sole focus was on getting through the treatments and coming out on the other side.

And here I am, on the other side. My treatments ended this past February, and now I’m down to a checkup with my oncologist every three months and a pill I take each night before I go to sleep. My hair has finally grown to a length that doesn’t scream “Cancer Girl!” My energy levels have almost returned to normal, and I feel lucky and incredibly grateful that I am alive.

As hard as I try to get back to a state of normalcy, there really is no going back to the reality I knew before cancer came into my life. I live each day with the threat of recurrence and the awareness that I might not survive this disease. My life is full of uncertainties and what-ifs. I am trying to make plans for the future and remain optimistic that I will be around to see them through, yet I also feel apprehension about thinking too far ahead – as if I might somehow jinx myself in the process. I don’t yet feel out of the woods, or even close to the edge. Cancer is lurking, always a few steps behind me, threatening to appear and strike when I least expect it.

I strive to continue living my life as if none of this ever happened, as if it were all just some horrible dream that I’ve now woken up from. But, despite my best efforts, it is impossible to neatly pack up all those fears and anxieties and put them in a box so I can ignore them. This is the reality I’m stuck with in my post-cancer existence: trying to move on from the past yet barely able to take baby steps toward the future.

And so that is the challenge I am now facing: How do I remain grounded in the present instead of lamenting over the past or stressing about the future? How do I shut out the noise (something I’ve never been particularly good at), calm my brain and stop the thoughts and fears that continually plague my subconscious? How do I just be?

I was thinking about these questions when I happened to meet Noreen Flanagan, ELLE Canada’s editor-in-chief. We were chatting backstage before I made my modelling debut at Wellspring’s “Well Dressed for Spring” show at Holt Renfrew in Toronto. I told her about my blog, passmeanothercupcake.com, and how it had given me a purpose and focus during my treatments. Now that I wasn’t an official patient anymore, I didn’t know what to write about. My blog lacked a focus—and so did I. Noreen asked whether I’d like to write about what it’s like to find meaning in my new, and often confusing, life after cancer. But I won’t only be writing about me; Noreen wants me to be your #lifereboot guide. Whether it’s cancer or some other pivotal moment, I’m sure you’ve all reached a point— or you will—where you want to lead a more meaningful life. So join me in this year-long challenge as I test out experiences (everything from a mindfulness retreat to an improv-comedy course) with the goal of rebooting my life. I’ll be in the magazine each month, and you can follow my adventures—and I invite you to share your own – at ellecanada.com/lifereboot.

Everyone thinks that cancer is something you go through and then it’s over, but, in actuality, the most difficult part is what comes after. There is no guidebook for this part of the “journey.” I’m entering uncharted territory and a new chapter in my life—a chapter that, I hope, will be filled with mindfulness, clarity, meaning…and a lot more hair.