So You Want to Start Going to the Gym

Here's what you need to know. 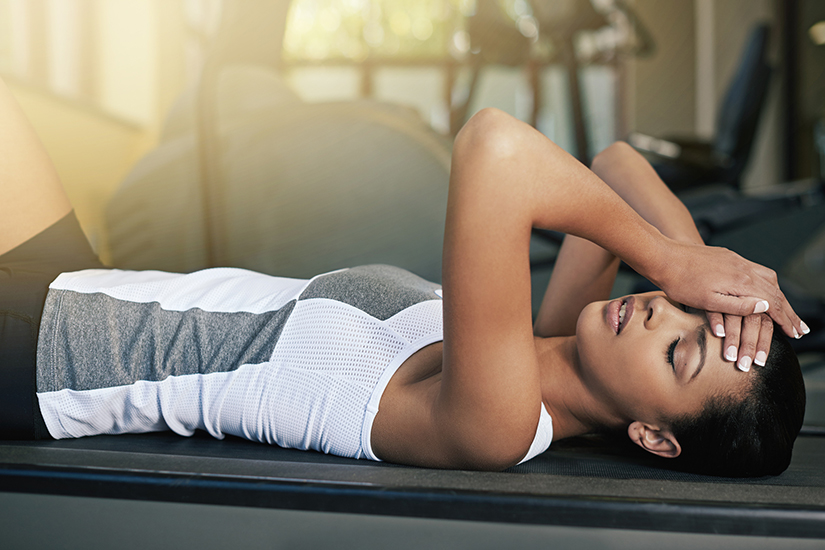 As someone who danced competitively in their youth, but has since taken fewer workouts classes than One Direction has lost group members, I was hesitant to get back into it. So I approached my return to fitness like I would getting balayage or acrylic nails: by seeking professional help. I reached out to Mark Hendricks, group fitness manager at Equinox, to talk trainers, the biggest mistakes he sees people making at the gym and the glory of cycling shorts.

Most gyms offer fitness assessments, which set you up for your eventual started-from-the-bottom, now I’m-here moment. “I think it is 100% the most important thing if someone were a new member at Equinox is to get an Equifit fitness assessment,” says Hendricks. “It’s always great to know where you’re starting from so that when you do make advancement, it’s easier to gauge it because you know where you started.” The assessment measures your mobility, flexibility, strength and your VO2 max, which is your ability to intake oxygen. “When you walk up a flight of stairs, when you’re at the top of the staircase, how out of breath are you? The more VO2 max you have, the less out of breath you would be.”

A trainer is key.

You don’t have to stick with them forever, but you need someone to take you through a guided workout, says Hendricks. “A guided workout would just bring you through certain movement patterns that are important in your life, and show an exercise that works with that,” he says. “Every workout should include a knee-dominate exercise, a hip-dominant exercise, a horizontal push, a horizontal pull, a vertical push, a vertical pull, and something that’s a rotation.” Examples of these movements would be a squat (knee dominant), a deadlift (hip dominant), a push-up (horizontal push), a seated row (horizontal pull), an overhead press (vertical push), a pull-up (vertical pull), and a one-handed plank (resisting rotation). “I do not agree with everyone going into the gym and doing squats, deadlifts and vertical pushes because they might not know how to do it correctly and they could injure themselves,” says Hendricks. A trainer can make sure those seven elements are met in your workouts with exercises that are right for you, and that you’re doing them safely.

“I find it difficult to see the person that comes in five days a week and gets on a cardio machine and then takes a shower and leaves, because as you age, strength is by far the most important thing you will need,” says Hendricks. “It’s going to be so much more important that you’re able to stand up from a deep-seated position, like get up off the floor, than it is jog down the street and not be out of breath.” While Hendricks says there’s nothing wrong with cardiovascular work (“We should all be doing some to stay healthy”), women will see more change in the look of their body if they incorporate resistance training. For me, this meant learning how to use weighted bars and kettlebells.

Your first cycling class will not be comfortable.

I knew that cycling was going to be hard, but no one told me my legs wouldn’t be the only thing in pain. “We’re trying to make it hold as true to the real discipline of cycling as we possibly can,” says Hendricks of the in-studio spin classes. “When you go out on the road to ride a bike, that’s the actual seat you would have. It’s not meant to be pure luxury and comfort on the bike, because it’s hard damn work.” That said, if you’re going to commit to cycling class, consider getting a pair of proper cycling shorts, which have an extra layer of padding built in. “If you’re not purchasing cycling shorts, you’re missing out in a huge way,” he says. Noted.