Should you try barefoot running? 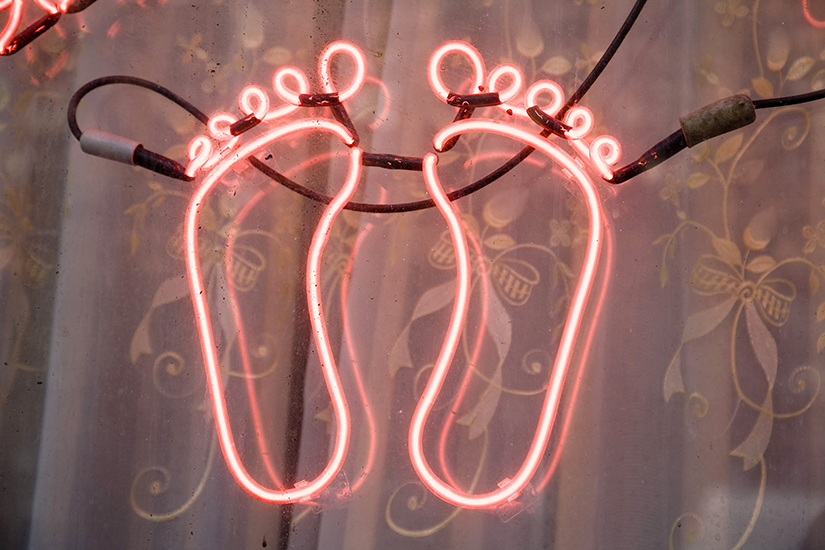 Barefoot running is a newish fitness trend that is exactly what it sounds like: running as barefoot as a ’00s celeb in a gas-station bathroom, but on less icky surfaces like your neighbourhood sidewalk or backyard.

This technique forces you to jog on the balls of your feet (forefoot strike) as opposed to the heel-first strike enabled by our cushiony shoes. The draw? Toronto-based barefooter Moe Morales say he spends less time nursing sore ankles and other injuries when running barefoot. Proponents of barefoot running say another benefit is a stronger connection to the Earth and its magnetic field. Also known as “earthing,” it’s purported to increase energy and decrease inflammation.

Science is still on the fence. “There are no studies to prove that barefoot running is better than running in traditional shoes,” says a spokesperson from the Canadian Podiatric Medical Association. But Dr. Greg Wells, assistant professor in kinesiology at the University of Toronto, says that barefoot running or minimalistic running (where you land on the balls of the feet but wear thin, flexible shoes) could make you run faster. That’s because you’re striking the ground and springing up from the balls of the feet rather than hitting heels first.

So how do you start? Like Leonardo DiCaprio waiting for his Oscar, you have to have patience because it takes the body along time to adapt.

1. First, you need to get accustomed to walking barefoot. After that, experts recommend running no more than 500m on a clean, smooth paved surface. (You have to train yourself to run on the balls of your feet, which means your muscles will be sore.) Increase your distance by a maximum of 10 percent a week. Too much, too fast and you’re likely to get injured.

2. Good technique is key. Maintain an upright position, swing your arms backwards and forwards instead of across your chest and make sure your foot lands underneath your hip.

3. If barefoot running isn’t your thing, try minimalist runners, which have less padding than your typical cushiony trainers. Wells likes these for interval workouts and short runs.