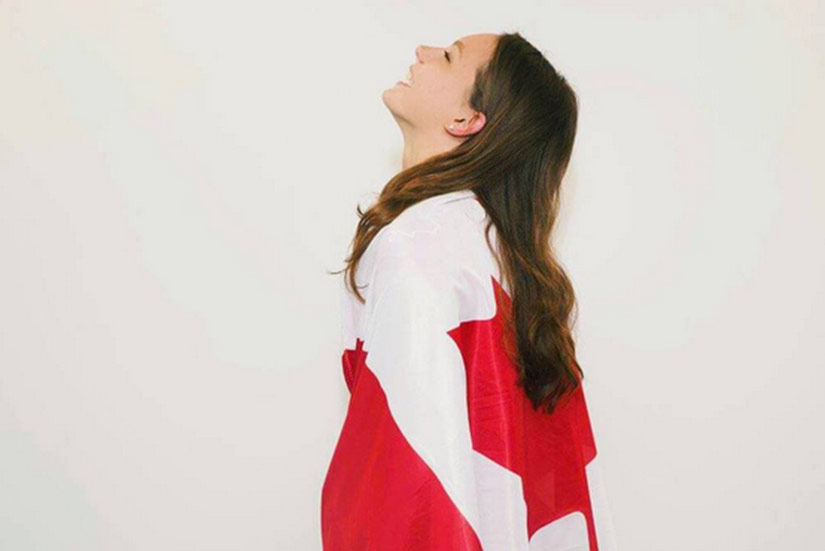 Moments before Penny Oleksiak dove into the water for the Women’s 100m freestyle at the Rio Olympics, she told herself “race fast and win it.”

No sweat. Oleksiak tied for gold with American Simone Manuel and later took home silver in the 100m butterfly and bronze in the 4x100m and 4x200m freestyle relays. It’s pretty heady stuff for someone who just turned 16 in June. “I was definitely super, super nervous before all of my races,” she says. “My teammates helped me deal, they just told me ‘you’re here to have fun.’”

The fun has continued post-Rio. Oleksiak achievements and super-warm personality have earned her many new fans. She now has 73.9 k followers on Instagram – Drake included.

“I was freaking out,” she said when she discovered her all-time favourite musician had shouted her out on his feed and followed her back. “I was swimming that morning and I came back to the building to get WiFi, and I had so many messages. One of my friends was like, ‘Is Drake following you on Instagram?’”

He was…and posted a photo to congratulate her shortly after.

OVOPenny aka @typicalpen we are so proud of you!!!! Can’t wait to see you when you are back from Rio at a show!

They have since been corresponding. So just who reached out to who? “I slid into his DMs!” she laughs. “I messaged him thanking him for the shoutout, and he messaged me back saying he can’t wait to meet me, which is pretty cool. I think I am going to a concert soon which will be so fun.”

Ever the gracious Canuck, Oleksiak won’t let her success and A-list fan club go to her head. When we spoke on the phone, she was headed to a friend’s cottage. “I think I am just trying to do normal stuff, because if I act as normal as possible, other people will too.”

“I don’t wear a lot of makeup, I get eyelash extensions so that I don’t have to wear mascara, or else it would drip in the pool! I love Smashbox Camera Ready BB Cream. I try not to wash my hair after every practice, but when I do, I use Pai Shau Shampoo and Conditioner.”