This shoe may make you actually want to run. 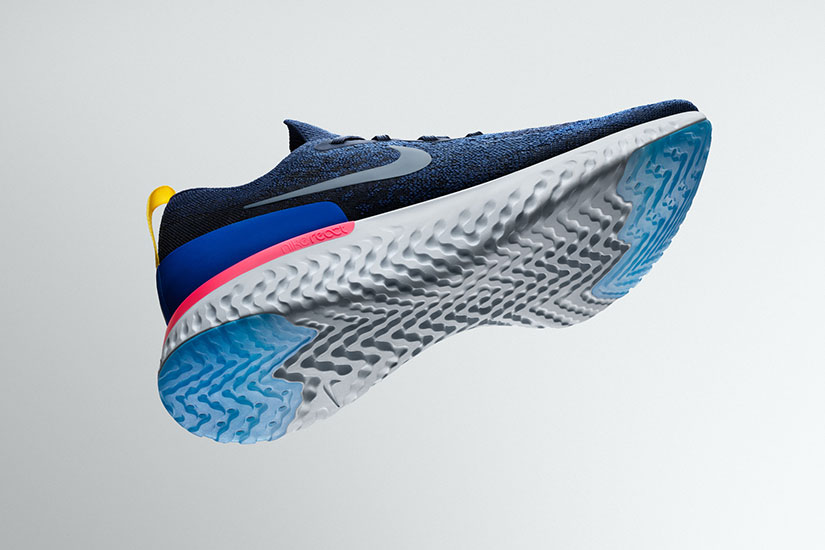 Any runner, whether you’re a seasoned marathoner or the 30-minutes-and-I’m-done type, knows that the shoe you wear can make all the difference in a jog.

Too much cushion on the sole (to help protect feet from repeated impact) can sometimes feel like you’re wearing flatforms. Cute for real life, clunky for running. On the opposite end of the spectrum, when shoes are too light, it typically means they offer less support, which can lead to injury.

The brains at Nike aim to find a balance between the two extremes with the new Nike Epic React Flyknit.

Foam is the hero of any running shoe, and Nike claims their new foam, which was four years in the making, is the “lightest, softest, smoothest, most resilient (meaning responsive), and also most durable,” according to Brett Holts, vice-president of Nike Running Footwear.

“This product is going to last miles after miles, after miles than any foam that we have delivered to the industry,” he says.

So, how is it different from other shoes?

Well, the material and design process are entirely proprietary and top secret (we asked), but the gist is that Nike’s foam absorbs the energy of your step, but also bounces back—so you get the support with the durability. And, to ensure the shoe is as lightweight as possible, the foam is designed to support only the parts of the sole where you need it most (i.e. more on the heel and less on the toes).

We tried it at the launch in New York and were impressed, but you don’t need to take our word for it: Nike enlisted everyone from armchair athletes to Olympians to run wearing the shoes, for a total of over 27,000 km.

The only issue? “The testers didn’t want to give the product back,” laughs Schoolmeester.