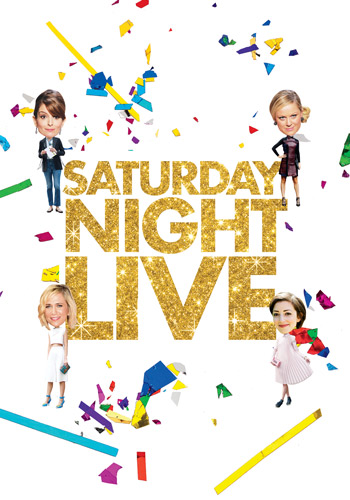 I used to daydream about being a cast member on Saturday Night Live and being BFFs with Amy Poehler, Kristen Wiig and Tina Fey. But there was a hitch: I’m an introvert who only enjoys making her close friends and family laugh in a private setting. The stage? Are you kidding me? As part of my #lifereboot mission, I decided to sign up for an improvisation program at the Second City Training Centre in Toronto. Going into my first class, I felt nervous, out of my element and fairly convinced that I was in way over my head. My goal was to survive the unthinkable horror of having to perform, without a script, in front of a group of 18 strangers. Over the next eight weeks, I received 20 hours of training and learned some unexpected things about myself along the way….

1. JUST LET GO
In improv, you never know where the scene is heading. You can’t memorize your lines because there are no lines; everything is spontaneous. For someone like me, who craves control and needs to prepare for every possible scenario, the idea of thinking on my feet is unnatural and terrifying. In one class, our instructor shouted out a letter – like “P” – and then pointed to an object in the room and asked us what it was. You couldn’t say what it actually was; you had to call it something that started with the letter P. When she pointed to a hanger, for example, I yelled “Poo!” – not the most eloquent choice, but this exercise was about learning to be mentally agile and open. For me, being able to do that without making a complete fool of myself was a major breakthrough.

READ MORE: One woman’s journey to reboot her life

2. THE MAGIC WORD IS YES
One of the main tenets of improv is to say “yes” to whatever suggestion is thrown at you, no matter how ridiculous it might be. If someone in a scene were to say “Let’s go to the moon!” I’d reply with “Yes, and we can take my uncle’s spaceship!” – which is a valid and logical response in the improv world. I learned that by saying “no,” you instantly kill the scene and shut down your fellow improviser’s idea. And that’s not really fun for anyone – in comedy or in life. The basic principle of saying “yes” and being agreeable is so simple at its core, yet it has the potential to be a complete life changer. I think about all the times I have said “No, I can’t…” and shut down ideas and opportunities instead of embracing them and entertaining the possibilities. If we all started saying “yes” just a little bit more, we might be taking a trip to the moon in my uncle’s spaceship.

3. BE SILLY
Who knew laughing could be so exhausting? In one class, we were put into pairs; one person had to convey an emotion while speaking gibberish, and the other had to mimic that person’s sounds and actions. I remember my partner screaming angrily at me in a dialect that sounded like an Italian/Hebrew crossover while I screamed back at him, tears streaming down my face as I erupted into a fit of giggles. I often left the class feeling extremely giddy. Like most adults, I had forgotten what it’s like to “play.” And I know it’s a cliché, but improv reminded me that laughter really is the best medicine.

4. STOP OBSESSING ABOUT WHAT OTHERS MAY THINK
Like many people, I spend too much time worrying about how I’m being perceived, but improv taught me how to shut down my inner critic. It gave me the confidence to be spontaneous – and feel secure about making a snap decision to be an elderly lion tamer or a fast-talking car salesman (some of my finest improv moments). In improv, there is no “right way” or “wrong way.” Anything you say is supported by your peers, and, in turn, you offer that support right back to them. It’s just a group of people working together and cheering one another on. Imagine if the world actually worked that way.

5. TRY SOMETHING NEW
Walking along the edge of the CN Tower (the subject of my October 2014 column) pushed me beyond my comfort zone, but improv was like walking the tower without a tether and wearing a blindfold. I know I would never have tried it if I weren’t writing this column. And that would have been a pity. I’m now saying “yes” when I might have said “no,” and I’m also more confident in expressing my convictions. In fact, I’m so hooked on improv that I’ve signed up for another session. It’s easy to get stuck in a routine or come up with excuses – “I don’t have time, I’m too scared, I might fail, I don’t know how” – for not trying something new. But I’m your proof that you can do it, and you might even – unexpectedly – enjoy yourself. Sometimes, you should just say “yes.”