Kim Kardashian is on the Atkins Diet

Prepare yourself for a lot more swimsuit selfies. 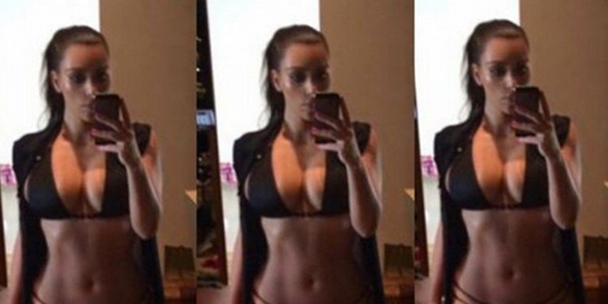 Kim Kardashian is going old school to lose her baby weight. The reality TV star and new mom revealed on Twitter that she’s lost 30 pounds on the Atkins diet since son Saint was born in December. It’s part of her goal to lose a total of 70 lbs. “Teaming up with Atkins because it works for me,” she tweeted. “I gained 60 lbs during my pregnancy but have been an extra 10 lbs up for the last few years so it’s time to really get to my goal.”

For those of you who were living in a Kimmy Schmidt-style bunker or were in utero at the time of the Atkins craze, it was the Hollywood diet in the early 2000s. Stars including Jennifer Aniston, Catherine Zeta-Jones and Demi Moore were rumoured to be on the low-carb, high-protein (to keep you full) plan, created by Dr Robert Atkins.

By limiting carbs, according to Dr. Atkins, the body would burn fat for fuel. And, for a while, we were low-carb everything. But most consumers today know that simple carbs (in sugar, syrup and sweeteners) and refined complex carbs (white bread and white rice) are the ones to stay away from. Complex carbs – such as whole-grain products, vegetables and beans – are good for us.

“If [Kim] was eating lots of carbs before and then stopped eating them she likely cut out some significant calories,” says registered dietitian Diana Steele. Cutting carbs also helps you lose water weight because carbs are stored as glycogen in muscles. And when you use up your glycogen stores, you don’t store water.

As for the potential downfalls of Atkins? Your meals won’t contain a lot of fibre and antioxidants, and you may have less energy for workouts, says Steele. Still, this nutrition plan seems to be working for Kim, who says she’ll be chronicling her journey on her app. “This is going to be soooo hard but I can do it and I can’t wait to share it all with you! #BeastMode #WhosWithMe?” she tweeted.

Do we have any choice?

READ MORE:
How to make a viral video according to Kendall Jenner
Is a detox REALLY worth it? The ELLE Canada team tests it out
What Gisele REALLY eats