Kaitlyn Bristowe On Fitness, Food And The Current Bachelorette 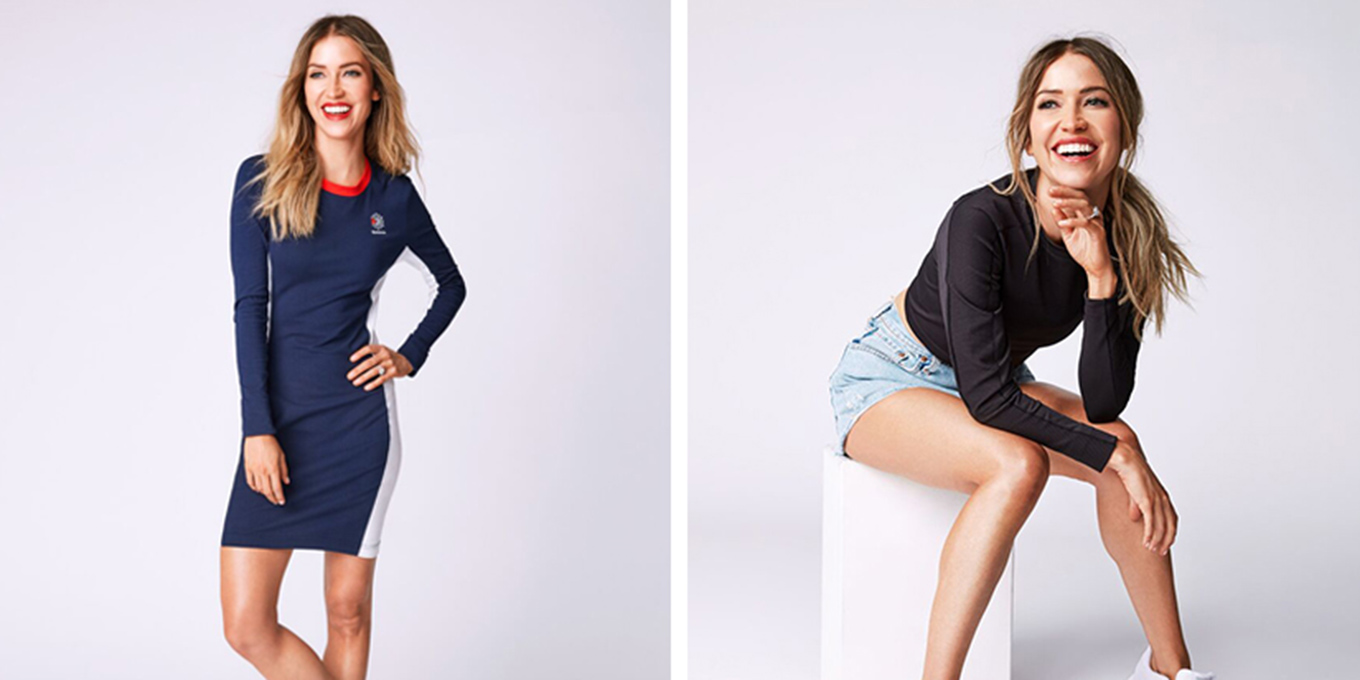 Former Bachelorette Kaitlyn Bristowe is the newest member of Reebok’s women-led campaign, and we caught up with the Canadian to ask some fitness and not-so-fitness-related questions. Below, Bristowe talks about her fiancé “Mr. Fitness,” the lack of a gym in the Bachelor mansion, her tricks to staying healthy at an airport and where she thinks the current Bachelorette Becca Kufrin’s head is at right now.

What made you want to join the Reebok team?

I’ve always rocked Reebok. This summer, they are actually launching their first women-led campaign, which I love. It lets all of us females come together and tell our stories and feel strong.

How important was the female empowerment aspect for you?

It’s been three years since I’ve been on the show [The Bachelorette], but something that I’ve always stuck with is empowering women and feeling empowered myself. With Reebok, feeling the empowerment and talking about it just makes so much sense for me because it’s something I believe in. Everything that I take on, like my podcast, I want it to be empowering to other women.

The campaign slogan is “Be More Human.” What does that mean to you?

Especially with social media, the highlight reel of everybody else’s life, I just think “Be More Human” means being more forgiving to yourself, and learning from your own failures and being honest and open and having more conversations about where you are in life. Not just trying to put on what people want to see, but actually being who you are and loving yourself and doing your best.

One that always stands out to me is my childhood dance teacher, we called her Miss Jenny. I still talk to her to this day. She taught me dance from a such a young age. I remember her always being so quirky and strong and fun and she always encouraged us to be whoever we were. I follow Sarah Hyland from Modern Family. She is really passionate about female empowerment and human rights. She was hospitalized not too long ago, and she’ll talk about that and her strengths and struggles. I just find that really refreshing.

When did you start living the fit life, or have you always taken health and fitness seriously?

I have always been a very healthy person. I started dancing when I was three years old, and was dancing at least six times a week until I was about 19. Then I moved to Vancouver where I was cheerleading and dancing a few times a week. I moved to Germany when I was 26 for a relationship; he played hockey and I was kind of following his life and not doing any sort of exercise. That’s when I realized I needed fitness in my life. I wasn’t dancing anymore. I had never stepped foot in a gym to lift weights, so that was very intimidating.

When I moved back to Vancouver that’s when I got my certificate to teach spin, so I started doing that before the show. For me, it wasn’t really about losing weight or anything like that, I was pretty happy in my own skin. I just loved the feeling of getting stronger. And fast-forward to now, I am engaged to Mr. Fitness. [Laughs]

Do you and Shawn [Booth, her husband-to-be from the Bachelorette] work out together?

Sometimes we do. Yesterday it was the opening day of his new gym Booth Camp Gym. He had a couple hours in between classes and gave me and our friends a private workout. He is so good at what he does, and you can tell he is in his element when he is training. But if you’ve ever worked out with a significant other, then you know sometimes you want to punch them in the face. Everytime he is telling me what to do I’m like, ‘Um, can you stop.’ I find it harder to get myself motivated with him because I can talk back if I don’t want to do something.

How are you able to keep up a fitness routine with your busy schedule?

I do try to workout wherever I go. If I am just there for a couple days, I pack one cute outfit and then all of my Reebok clothes so that I am ready to workout when I can. At the airport I make sure I am not taking the tram to each gate and I will walk. I try and be very cautious of making small decisions and small goals for myself to keep me active. Airport food isn’t the healthiest so I will find those little variety stores for hard boiled eggs or almonds and I make sure to drink lots of water.

Was it hard keeping up a fitness routine while filming the show?

That was impossible. For the women when they are on The Bachelor and for the men when they are on The Bachelorette, there is no gym in that mansion which is crazy to me! Some guys bring their own resistance bands and create a makeshift gym. I never worked out. It was too hard because you are so busy, tired, overwhelmed and emotionally drained that if you even have an hour to workout it’s actually more beneficial to your health to have an hour nap at that point.

Was there any off-camera time for you to do your own thing?

No. Not for the lead. There is pretty much always a camera on you. It’s tricky.

Was it hard keeping a healthy diet?

If I couldn’t exercise, I still wanted to feel good. As the lead I was very spoiled. I would tell them exactly what I wanted to eat and they would go get it for me. Then when I was on The Bachelor living in the mansion, you made your own grocery list and then it would appear in the house the next day. So it was possible to eat healthy while being on the show. That is until you travel; in Ireland all we were eating was meat and potatoes and drinking beer.

Now let’s talk current the current season of Bachelorette. Based on your experience, what do you think is going through Becca’s head at this stage of the game?

Honestly, I think she knows who she wants. Right now, she is getting a little bit frustrated and over the guys who are just there for good TV. I can see it in her, being like ‘OK—I am done with you guys, lets get through this.’ She is just going through the motions at this point.

Who do you predict will be in the finale?

I know a little too much to answer that. I don’t want to spoil it!