Cheat days are not an option when you're competing at an Olympic level. 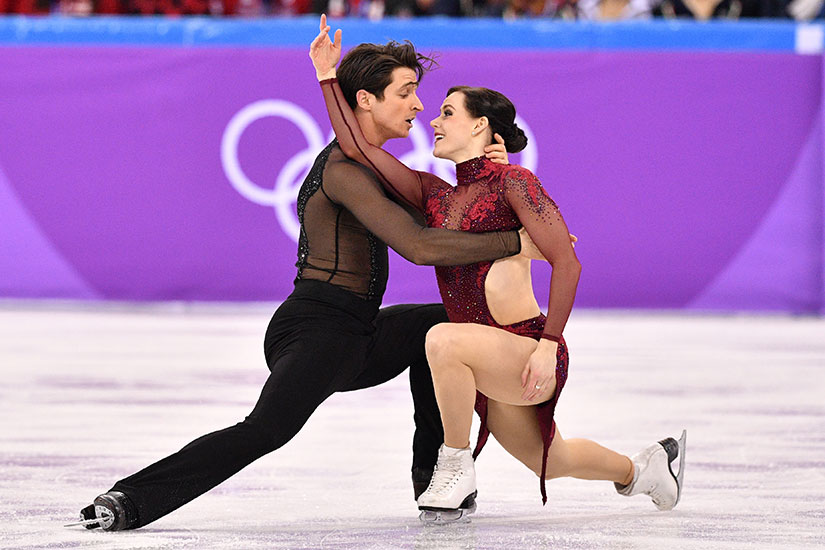 From achieving daring speeds on the luge track to sheer elegance in figure skating rinks, Olympians make it all look so effortless. But no matter how comfortable Tessa and Scott seem on the ice, there’s no denying how much work elite athletes put into their sport. It requires grueling physical training and serious mental discipline—and that’s all before you even get to one key component: the nutrition.

But what does it take to eat at an Olympic level? We turned to Canadian registered dietitian Nanci Guest, MSc, who was the head dietitian during the 2010 Vancouver Winter Olympics and the 2015 Toronto Pan Am Games, to find out. The Clif Bar nutrition ambassador has worked with athletes across a variety of sports, including hockey players, figure skaters and cross-country skiers.

Here’s some of what she tells her Olympians.

Protein is necessary to build and repair muscle after a tough day on the slopes. But Guest says most of us don’t eat nearly enough. Here’s why it’s important to incorporate them into your nutrition plan every few hours: unlike carbohydrates, our bodies can’t store protein. Once it enters our bodies, it’s broken down, circulates through our bloodstream for a few hours, and then our bodies get rid of it, says Guest. And when that protein is gone? Your muscles are missing the amino acids that help repair them after that tough early-morning workout.

That’s why Guest says she tells her athletes to get a good dose of protein every few hours. That means eating about 25 grams of protein (around two single-serving cups of plain Greek yogurt) from foods like beans, soy, fish, Greek yogurt, and chicken or turkey, every three to four hours, five times a day.

Olympians even eat a bit of protein before bed to make sure their muscles are being looked after while they’re asleep. “If you can’t repair your muscles from damaging them during training, that’s not very productive or progressive training. It’s going to take you six months to get you where you could be in two months if you ate properly,” says Guest.

Because Olympians train for hours every day, athletes typically require two to three times more calories than non-athletes, according to Guest. Good, complex carbs—like oatmeal, whole grain bread, brown rice, quinoa, and plenty of fruit— are the best bet to fuel their muscles and get in their calories.

Carbs get stored in the liver and muscles as glycogen. As soon as our muscles start working—climbing up the stairs, for example, or, in the case of an Olympian, racing around the rink—they look for the fuel the carbs provide. “An athlete following a lower-carbohydrate diet is going to have less power, less ability to break away from the pack,” Guest says. “You can’t build muscles out of air. The body needs the calories to do the building.”

So long, farewell, saturated fats. Saturated fats are a non-essential fat, the kind you get from foods like red meat, poultry with skin, butter, cheese, and sugary treats. “They’re empty calories. They’re not doing anything for us, says Guest. Instead, she gets her athletes—especially those trying to get leaner— to reduce the amount of saturated fats as much as possible in favour of getting those extra calories from some carbs.

However essential fats, like the omega-3s we can get through salmon, walnuts, or avocado, are important to include. They help keep our hearts healthy, provide cushioning for our organs, and can improve our brain health, Guest says. The dietitian also adds that “good” fats help keep our cell membranes pliable and malleable, meaning they’ll have an easier time travelling through our blood vessels to deliver oxygen to our muscles, which is crucial for hard-working Olympians.

Guest says a common mistake she sees a lot of people make is eating the same thing every day. It’s easy to do: we figure out what we like, and we stick to it—especially if it’s healthy and we can feel good about including it in our diet. And while that’s not always a bad thing, Guest says we’re limiting the types of nutrients we feed our bodies. “Anything that comes from a plant has its own unique profile of plant chemicals, of antioxidants,” she says. “[Every fruit or vegetable] is very good for you or excellent for you. Eating the same ones mean you’re not getting a variety of nutrients.

5. You can take a break from your meal plan—after your season is over

Once an athlete works out a food plan that works best for them, it’s important that they stick to it. For Guest’s Olympians, there’s no such thing as the 80/20 rule—you know, the idea that we eat a super healthy diet 80 percent of the time and can cheat a little bit for the other 20 percent. “As an athlete, you have to be disciplined that nutrition is part of your training. Just like you show up to all your training sessions, you have to show up to all your meals,” says Guest.

That means most of the Olympians in PyeongChang are pretty much eating the same as they would be here. Not only will this help with their training and competitions, it will protect them from their bodies acting differently to new foods. Guest explains that dietitians travelled to South Korea before the games to scope out foods and ingredients available, even putting together snack packages athletes can take with them on long event days.

On competition day, Guest recommends a tried and true well-balanced breakfast, which can include eggs, yogurt, cereal, and fruit. Once they’re half an hour out, an Olympian can top up with a small banana or an energy bar to make sure they’re ready to go.

And what about after all their events are done? Then it’s definitely okay to go out and explore the South Korean food scene, says Guest. “When you have a break, relax. You’re not going to lose fitness, you can take a week off. You have to allow yourself these treats or loosen up on the rules when you don’t have to compete.”