How meditation will change your life

Meditation can improve your sex life, lessen depression and help you shine in the boardroom—here’s how. 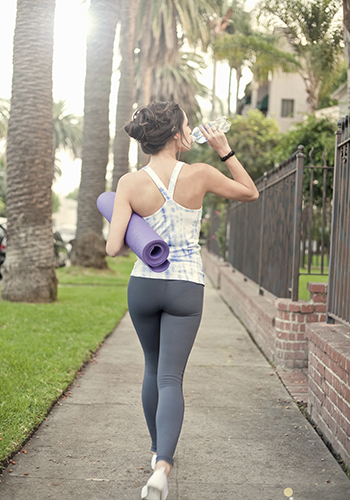 Are you doing it? Because everyone is doing it. The social peer pressure is mounting to meditate. It’s everywhere, including the very mainstream cover of Time Magazine. “But I’m not religious” cry the naysayers. “Narcissistic navel-gazing” sneer the A-types with no time to breath quickly, much less slowly.  But glance at recent headlines and note the most unexpected word: science. That’s mounting too.

Increasingly, research is providing hard data that meditation not only helps you decompress, it changes the chemical structure of your brain. Not in a spiritual way—but a chemical and physical way. Mindfulness (basically modern meditation stripped of religion) is being studied across a wide field of human behavior, from depression to sports performance, and the findings are striking. Medical imaging before and after a period of training shows structural changes in parts of the brain affecting things like addiction, sadness and memory.

The knowledge that our brains can physically change and adapt is relatively new and it’s known as neuroplasticity. “Initially we thought we couldn’t know anything about the brain. It was the ‘black box’ we couldn’t open,” says Dr. Sylvain Moreno, a scientist in the field of brain plasticity and neuro-education. Gradually, our grasp of the brain expanded: in the ‘70s with certain medications and the ‘90’s with rehabilitation when we learned we could regain function once thought lost forever in stroke victims. “The next step was to determine if we could set the brain on an entirely new trajectory ” by specifically building up certain parts of the brain or minimizing others.  Dr. Moreno cautions the field is in its infancy and more rigorous study is needed to prove a true causal relationship. But, he says the best hopes in neuroplasticity are music, exercise and mindfulness.  So just what parts of the brain can meditation impact and what’s in it for us?

Did anyone ever have an orgasm and say “wow, that was too intense. I wish I had been distracted and less present for that one”? Exactly. And if your ‘O moments’ are as rare and beautiful as a four-leafed clover (and as frustrating to locate), mindfulness activates the right brain, specifically the hypothalamus, which feeds the libido.

Dr. Moreno’s research is showing that music training can permanently impact the higher “executive” functions of the brain and mindfulness research is showing the same.  Improvements seen in things like memory, problem solving, empathy and creativity are not simply a short term benefit of a mindfulness practice but potentially a change in the structure of the brain: neuroplasticity at work.  Meditators are more focused and effective even when the crazed pace of their work demands they multitask (generally considered a productivity killer).

Meditation lowers stress hormones and increases your ability to rest and recover, all good things for mastering the gym.  But one exciting finding to come from mindfulness research could also make a big difference in your workouts. A study published in the journal Emotion found after 8 weeks of meditation, participants were better at regulating their negative reactions. Research with athletes shows similar results. It seems meditation helps us tolerate hard work, physical pain or stressful situations, allowing us to separate the emotional from the physical and lower our sensitivity to  perceived discomfort.

4. In The Therapy Room (Battle Depression)

Perhaps the most promising research is in the area of depression. Dr. Norman Farb, Assistant Professor of Psychology at the University of Toronto studies depression and mindful training and has found that it can “reduce automatic negative self evaluation, increase tolerance for negative affect and pain and help engender self-compassion” in those suffering from depression. His fascinating research adds to the growing evidence of a relationship between mindfulness and neuroplasticity: a promising step towards healing the brain by changing it for the better.