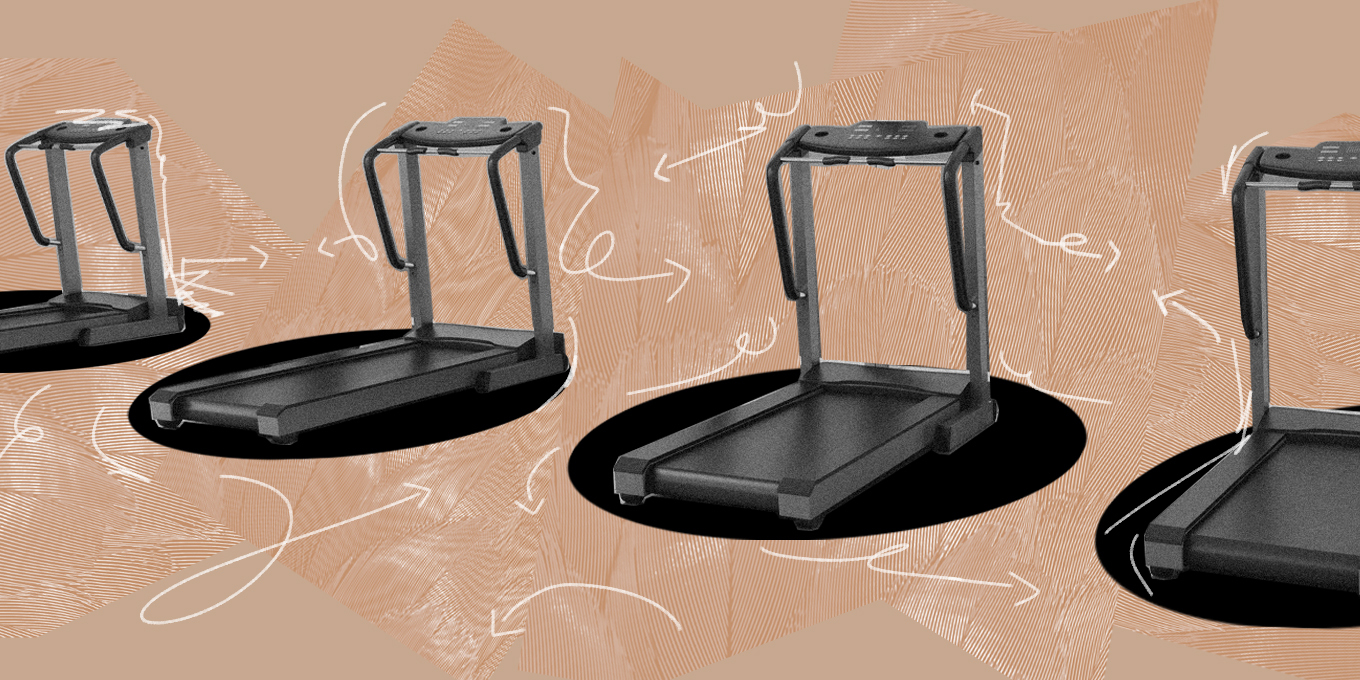 As someone with platinum blonde hair and 15 weeks worth of roots, you’d probably expect a visit to my colourist would be my first stop when businesses reopen, but you’d be wrong. I want to get sweaty – specifically, at one of my favourite fitness studios. I miss the feeling of community that group classes bestow, but with the new rules and distancing restrictions mandated to protect us in place, will the experience live up to pre-pandemic days? And will people (other than me) be ready to return?

“We are social beings; we long for connection, hugs and eye contact,” says Amber Joliat, owner of Misfit Studios in Toronto. Since closing her two locations mid-March, Joliat launched the digital platform MISFITHOME, which offers over 55 Zoom classes a week. She believes people will be ready to take in-person classes again, but knows when studios reopen it will be different, including smaller class sizes and fewer overall classes to accommodate for more stringent cleaning protocols.

Indoor fitness studios have already reopened in B.C., Manitoba, New Brunswick, Nova Scotia, P.E.I. and Yukon. Saskatchewan is expected to allow gyms to reopen on June 8. The remaining provinces and territories have not set firm reopening dates for gyms and fitness facilities and are instead opening businesses in phases, the length of which will depend on fluctuations in COVID-19 cases. Due to higher numbers of active cases in Ontario and Quebec, these two provinces are unlikely to reopen studios until July at the earliest. The current reopening plan for Ontario says gyms are slated for phase three. (At the time of publication, Ontario was in phase one.)

On May 19, British Columbia became the first province to reopen indoor fitness facilities. “In Vancouver, we sold out of every class for the first week within 30 minutes,” says Cristi Porta, marketing manager at Ride Cycle Club, which has locations in Vancouver, Calgary and Toronto. The club has implemented heightened cleaning of the studio, and all staff members (except the instructors) are expected to wear masks and gloves during their shift. But with the new distancing requirements set by the provincial government (two-meter physical distancing between people at all times) they knew they needed to pivot their model.

Spin studios are designed to cram in as many bikes as possible into a small space. Ride’s answer to the mandated social distancing was renting out a temporary warehouse space in downtown Vancouver, which allows Ride to keep the integrity of the product (loud music and dark room) and have enough space for 26 bikes, each with two meters around.  “We had to think bigger and decided to look for larger spaces that allowed for physical distancing between all bikes while still keeping our community connected,” says Porta.

Ride has already secured warehouse locations in Calgary and Toronto for when reopening is granted. Once social distancing restrictions are lifted the plan is to return to their respective studios.

“It’s become quite apparent that we don’t have anyone that advocates for [the fitness] industry to the government,” says Jennifer Lau, a Nike master trainer and owner of Fit Squad, “which is ironic because we touch so many people’s lives and our services are so critical for Canadian’s health and wellbeing.”

Fit Squad, a 6,000-square-foot gym that offers group classes and personal training in downtown Toronto, first opened its doors six months ago and made the hard decision to temporarily shutter before the government directed closures due to the virus. Like many small gym owners, the fitness entrepreneur and her trainers have been offering free live workouts on Instagram, as well as leading paid group and one-on-one classes online. But in terms of bringing in revenue, this is like putting a band-aid on a broken leg. In Toronto, the average boutique gym pays between $20,000 to $40,000 per month in rent.

As much as Lau wants to reopen, she knows the rules and procedures need to be set by the government (which Ontario has not yet shared) and then she need time to implement them. “There’s no sense rushing it,” she says. “We care more about our client’s safety than generating revenue.” Expect similar independent gyms to follow suit.

Fitness franchises with both national and international presences, like Orangetheory Fitness and F45, have an advantage because they have studios that have already gone through the reopening process in other markets. “Globally, the F45 network has developed a lot of new protocols and ways that we can work around the new rules and still offer our community the same experience, just done in a safe manner,” says Stephanie Clark co-owner of F45 Leslieville in Toronto.

Traditionally, the Aussie-founded fitness phenomenon offers 45-minute classes that incorporate functional movements and HIIT-style cardio in a circuit format. The new system offers three options for class styles depending on government rules: bodyweight-style exercises done in one spot, exercises with equipment done in one spot and a traditional class where you move around the room to different stations, but with extra time between stations to allow for cleaning. Bags and resistance bands will no longer be used, due to difficulty cleaning them in a class setting.

Even with all that insight, there’s only so much they can plan for. “There’s a bit of frustration,” says Jason Smith co-owner of F45 Leslieville. “We’re trying to follow what’s been done elsewhere, but at the end of the day we need the government to share more information so we can prepare for reopening.”

Orangetheory is another class-based chain with more than 1,000 locations in the United States and 107 in Canada. Unlike large gym chains, these smaller studios can adhere to reduced capacity rules because they operate on a reservation-based system, which restricts the number of people who can sign up for a workout.

“We plan to comply with whatever provincial legislation and guidance are around limiting the number of people in a confined space,” says Blake MacDonald, the president of OTF Canada. MacDonald says all Orangetheory studios can be set up to safely accommodate up to 18 participants (full capacity is 36) with the mandated two metres of social distancing.

As for the use of temperature checks and plexiglass in-between treadmills and rowing machines (standard equipment used in Orangetheory workouts), MacDonald is skeptical. “We’ve observed that standing outside for 10 to 15 minutes on a hot day can spike an individual’s temperature to the point of exceeding the thresholds for this type of test and delivering a false positive,” he says. Instead, members must complete a verbal checklist certifying they’re experiencing no symptoms of COVID-19. As for plexiglass, MacDonald and his team are concerned that it’s not a deterrent for containing the airborne spread of the coronavirus in a fitness studio setting, so they won’t be using them, unless mandated by the government.

It’s clear that these new health and safety standards are sticking around for the indefinite future – or at the very least, until we have a coronavirus vaccine. But one of the scarier questions to ponder is if members and staff will comply with the new rules, especially as time goes on.

“There’s no question people will need to be educated on the lengths to which we’ve gone to ensure their health and safety,” says Curtis Christopherson, president and CEO of Innovative Fitness, a boutique personal training club with four locations in Vancouver. “Both our staff and clients are used to behaving a certain way in our studios. Fist bumps, high-fives and close personal attention to how a person is moving is part of our DNA. That culture and those habits die hard, so we’ll need to learn new habits quickly.”

Change takes effort, both from a fitness standpoint and behavioural one. Ultimately, it’s up to you. If the new normal at fitness studios doesn’t sound appealing to you, there’s never been more options to get an effective workout at home.

Here’s generally what to expect once your local gyms and fitness studios reopen.

– Fewer classes to allow for rigorous cleaning processes after each class

– Temporary closure of all showers, steam rooms and change rooms

– Required use of hand sanitizer upon entry

– Either temperature checks or verbal screenings upon entry

– Floor markings and other visual cues to direct traffic

– Some larger gyms are requiring patrons to wear face masks

– No longer allowed to linger in the studio before or after classes.