Get your sleep schedule on track

Here's how to map out a sleep-focused day, leading up to lights out—and stick to it. 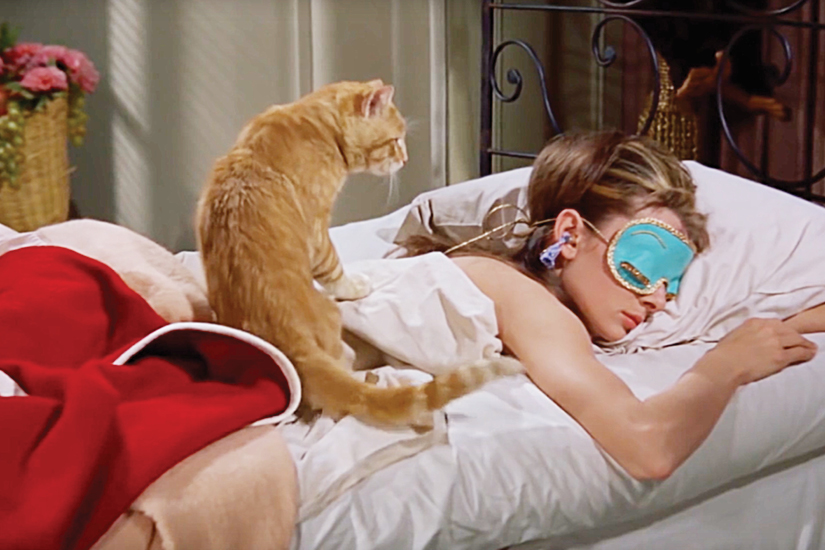 The brains behind the Vancouver-based start-up Fatigue Science have created wearable technology that can predict the moment your sleepiness impacts your performance on the job. The tech is only offered to heavy industry, the military and professional sports (the Chicago Cubs are fans), but the principles are universal. We asked the company to explain why we’re so tired.

We aren’t sleeping enough. According to U.S. studies, we are getting 20 percent less sleep than we did 100 years ago. Worse, you can’t train yourself to survive on less sleep. Most of us require about seven to nine hours.

Our quality of sleep is down too. There’s poor sleep (tossing and turning, waking up frequently), and then there’s sleep desynchronization, which is when you sleep out of sync with your body’s natural cycles—e.g., the comedown of jet lag after your last weekend away (which took a turn à la Girls Trip). Shift work also makes you a major candidate for fatigue because the body can’t establish a regular rhythm, which it craves.

You are partying too much. Sorry to sound like your mom, but staying up late on the weekend and then sleeping in has been linked to an increase in the chance of developing heart disease. Also, sleep debt is legit: If you pull two all-nighters at that bachelorette on the weekend, you need to pay back that withdrawal during the week. That’s why experts recommend going to bed and waking up at the same time every.single.day.

At some point…exercise, whether it’s getting off the subway two stops early or doing 50 squats while your frittata bakes. If you’re often too fatigued to do this, then you need to consider the quality and quantity of sleep you’re getting; it’s likely not adequate. So, do what you can, when you can—it will help you fall asleep faster.

“Our bedrooms have become a catch-all for everything: working, folding laundry, watching TV,” says McGinn. Fix the mess by waking up 20 minutes earlier than usual and de-cluttering your bedroom, even if that means tossing laundry into a hamper, smoothing your sheets and clearing space on your bedside table. “There should be a strong association between your bedroom and sleep—and sex,” adds McGinn.

Set up a room diffuser, like the Saje aromaTime Ultrasonic Diffuser ($190, saje.com); it houses oils in separate chambers so you don’t confuse your blends. Preset time mists help you get energized (try the Energy Revitalizing Diffuser Blend) or wind down. Lock and load the Tranquility Relaxing Diffuser Blend before you leave your house.

Lock in a lights-out time and commit to it. “Creating consistent sleep patterns with bedtime and wake-up time at the same time every day—even on weekends and holidays—is very important,” says McGinn.

Try a supplement that will help you unwind, like the Canadian-made Well Told Health Relaxation Booster ($35,welltold.com), a whole-foods-based formulation that contains organic goji berries (high in melatonin) and calming organic lemon balm. Remember to consult your doc before taking it, to prevent any interactions.

Dock your smartphone outside your bedroom. You’re fighting this, we know. And, nope, you do not need to creep hashtags from your ex-bestie’s wedding from Saturday or Beyoncé’s latest post-babies outfit. “Just seven seconds of exposure to bright light is enough to decrease the hormone melatonin, which regulates sleep patterns and establishes your circadian rhythm,” says McGinn. Oh, your phone is your alarm clock? Sorry! We deal with that problem below.

Dim the lights, light a candle and crack a spine: Several top business leaders swear by the before-bed read as the secret to their success. ELLE loves Eleanor Oliphant Is Completely Fine by Gail Honeyman.

The only thing better than waking up refreshed is waking up refreshed with smoother limbs. Enter Lush Sleepy Hand and Body Lotion ($9.95, lush.ca). It contains lavender (known to lower blood pressure and heart rate) and skin-drinking sweet almond oil.

Set this (see? We told you!) ’50s-inspired London Alarm Clock ($30, at westelm.com) for your new waking-up-at-this-time-everyday-now rise-and-shine situ.

Mist a little (or a lot) of Graydon Before Bed Spray ($15, graydonskincare.ca) on your pillows and sheets: Sweet orange and shoulder-dropping lavender are swirled together in this Canadian-made spray.

Slide on the Slip Silk Eye Mask ($45, at NET-A-PORTER.com). It’s available in 10 different colours, from millennial pink to burnished gold to inky navy, to match your linen—or your lover’s. The mask’s mulberry-silk composition means you won’t snag your hair or crease your face.

Shed the flannel. The latest research has proven that a naked slumber can boost your metabolism, build your confidence and help you sleep better. Also, think of the time you’ll save doing laundry and the extra space in your drawer.

STOP COUNTING SHEEP. DO THE COGNITIVE SHUFFLE INSTEAD.

This isn’t an obscure dance move from the ’50s. It’s a technique developed by Luc Beaudoin, a cognitive scientist at British Columbia’s Simon Fraser University, that is meant to get your mind off the things that typically keep you up at night (job, money, Trump). It works by “putting the brain into a state that is similar to the one you’re in when you’re falling asleep,” says Beaudoin. Try it: Think of a neutral word (i.e., one that has no positive or negative connotations) with at least five letters. Spell out the word, and then think of a word that starts with each of the letters. When you think of the word, imagine its shape. Continue using that first letter until you’ve exhausted all the words you can think of and then move on to the next letter. You will probably fall into a deep sleep before the word is finished.

A 2017 study from Belgium’s University of Leuven found that people who watch three or four episodes of a show in one sitting (a.k.a. everyone, ever) are more likely to suffer from insomnia. And when they do fall asleep, they tend to toss and turn. The reason? We get sucked into the complex plot lines of these series and may need longer to relax once we’ve (finally) turned the TV off. Limit yourself to one or two episodes.